WORLD RUGBY has launched an investigation into referee Jaco Peyper after he appeared to mock sent-off France star Sebastien Vahaamahina in a photo with Wales fans. 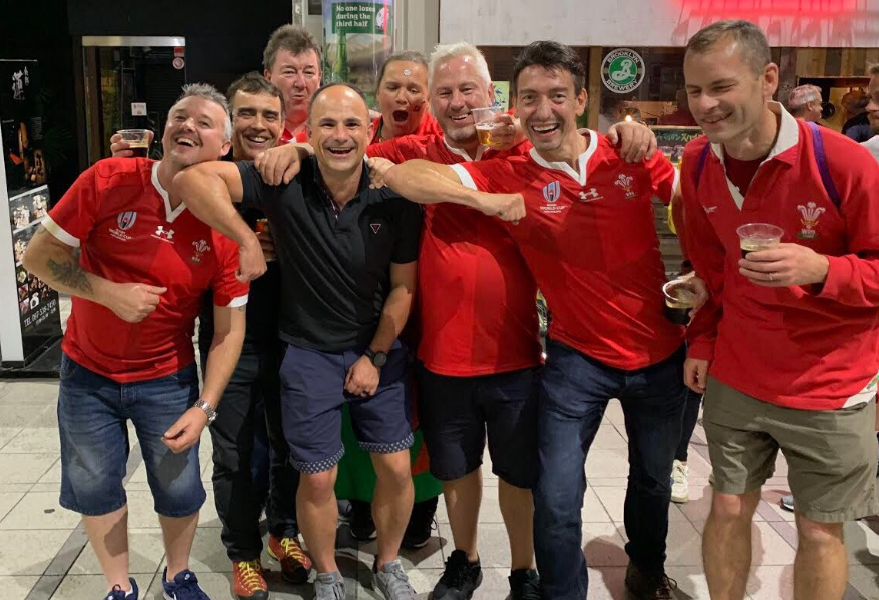 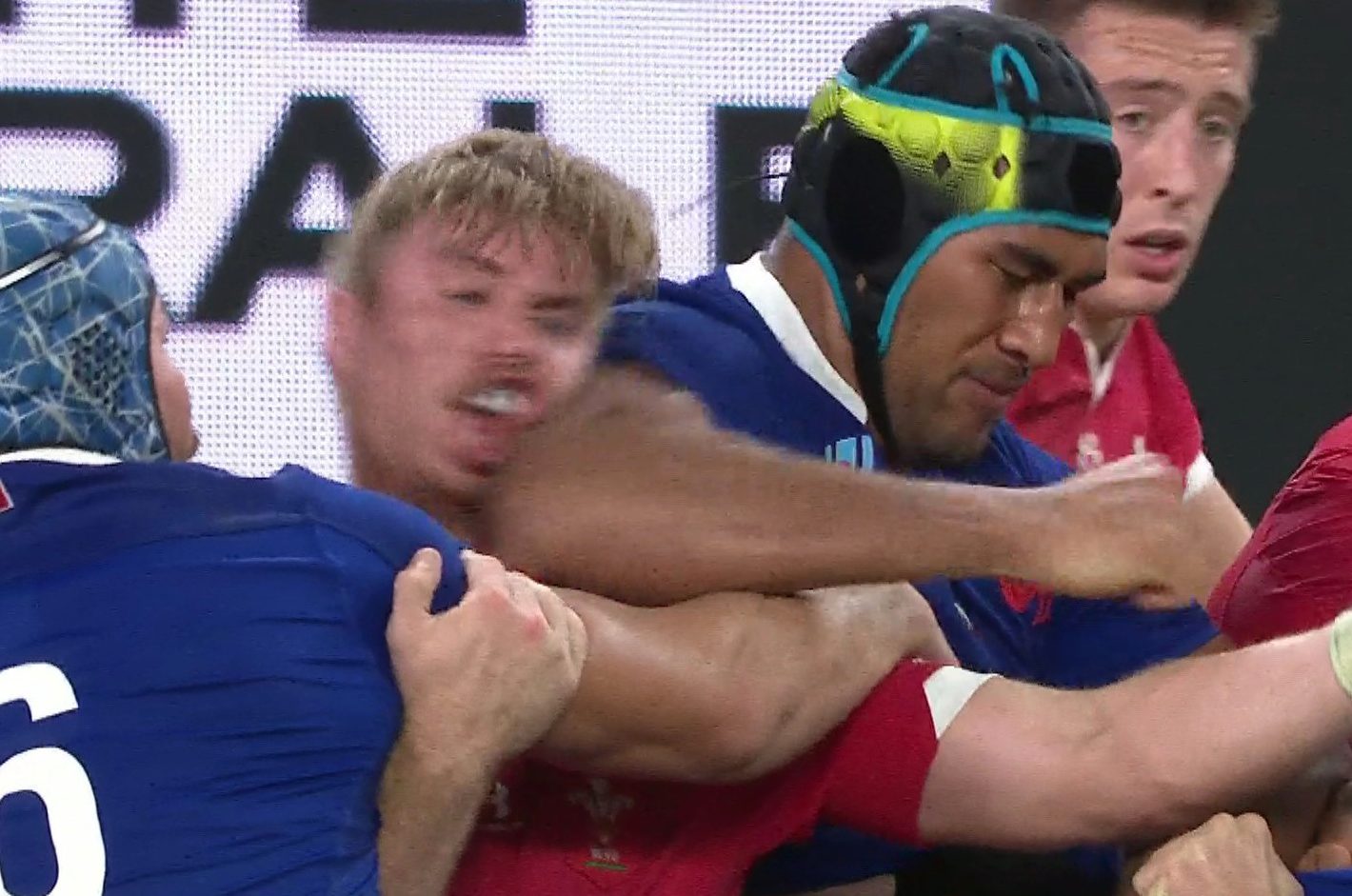 3 The huge France forward was shown a straight red for this elbowCredit: ITV 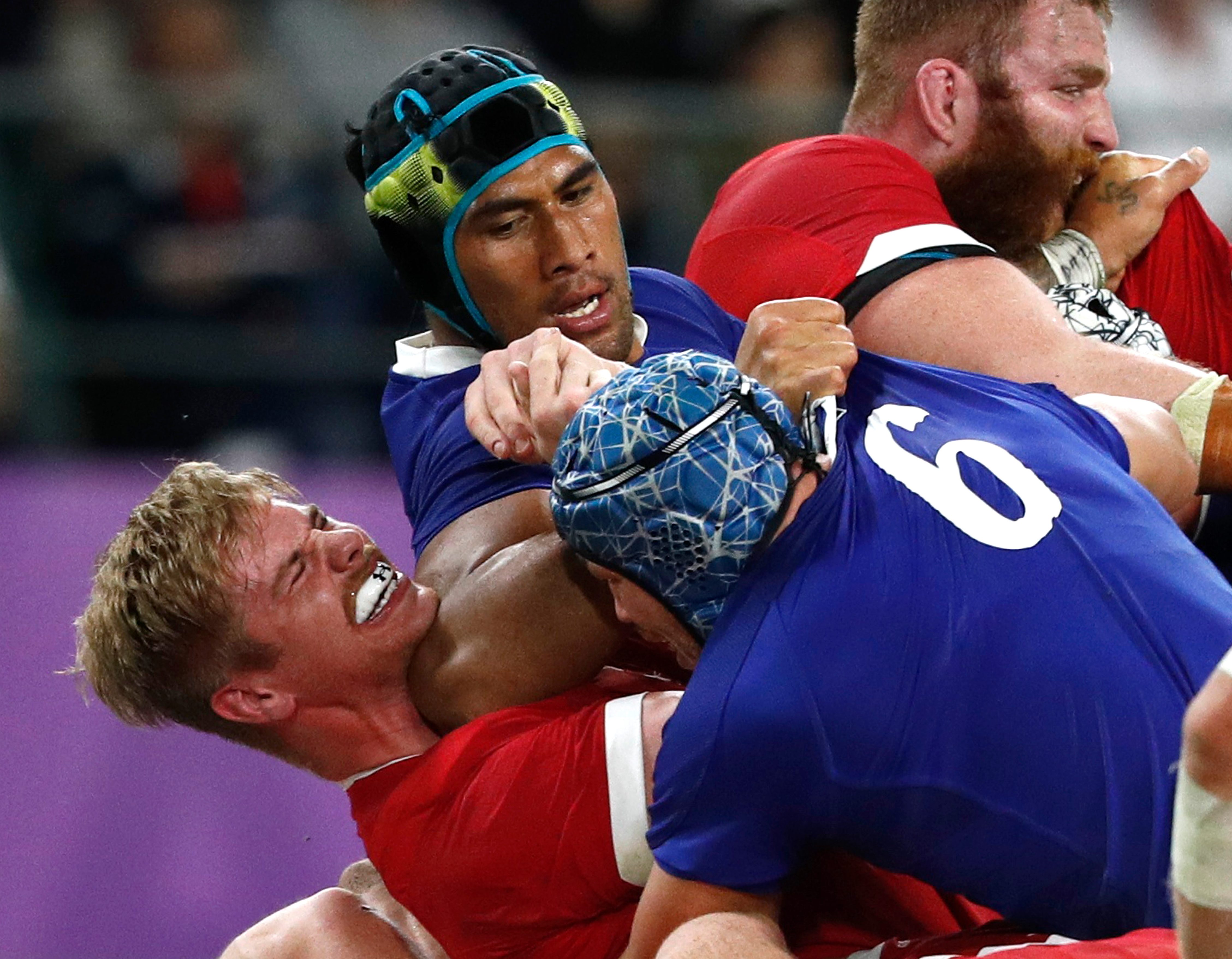 3 France had to battle with 14 men for more than half an hour after the lock saw redCredit: Reuters

In the photo posted hours after Wales' 20-19 victory, Peyper can be seen raising his elbow and laughing with Wales fans.

He is now fighting for his tournament future and reputation after the snap went viral.

And bosses have shown their concern over the severity of the photo after opening an investigation into it.

A statement from Japan 2019 chiefs said: "World Rugby is aware of a picture on social media of referee Jaco Peyper with a group of Wales fans taken after last night's quarter-final between Wales and France in Oita.

"It would be inappropriate to comment further while we are establishing the facts."

Serge Simon, vice-president of the French rugby federation, said if it the photo was genuine then it was "shocking".

One fan online questioned Peyper's bias after seeing the snap.

They wrote: "Card fully justified, but after this photo I do wonder about the impartiality of the man in black."

Another said: "If this photo is not a fake, it is particularly disturbing."

Peyper was in charge of his 50th Test match as Wales sealed a semi-final against South Africa thanks to Ross Moriarty's late try.

The referee also courted controversy with his awarding of Moriarty's 74th-minute try.

Latest rugby newsEDS OR FAILS England boss Jones dodged a bullet but knows he's bombproof for World Cup semi GAT AWAY WITH IT Wales coach Gatland was planning his goodbye before heroic France win DON'T LOSE YOUR ED Jones bars celebrations as England face the 'greatest sports team ever' JAPAN 3 SOU afr 26 Hosts' fairy-tale journey over as Springboks set up semi with Wales VICTORY IN SIGHT What is England's route to the Rugby World Cup final?

He initially gave Warren Gatland's men five points but then took it to the TMO to see if Tomos Williams had passed the ball forward when ripping it from the French.

But it could not conclusively be proven the ball went forward and so the score stood.

Wales will clash with the Sprinboks on Sunday morning with a spot in the final at stake.