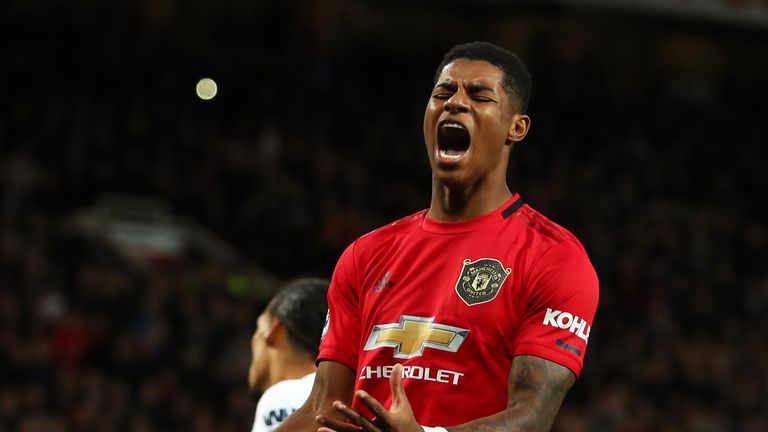 Is Marcus Rashford the right man to lead Manchester United?

Marcus Rashford impressed in Manchester United’s 1-1 draw with Liverpool, scoring the opening goal before Adam Lallana’s late equaliser, but is he the right man to lead the line for Ole Gunnar Solskjaer’s side?

His performance prompted a heated debate in the Sky Sports studio on Super Sunday as Gary Neville, Graeme Souness, Roy Keane and Jose Mourinho assessed Rashford’s suitability and gave their views on what kind of striker this Manchester United side needs.

Despite Rashford’s eye-catching display at Old Trafford, Souness was in no doubt that Manchester United still need to bring in a proven goalscorer to replace Romelu Lukaku, who was sold to Inter Milan during the summer.