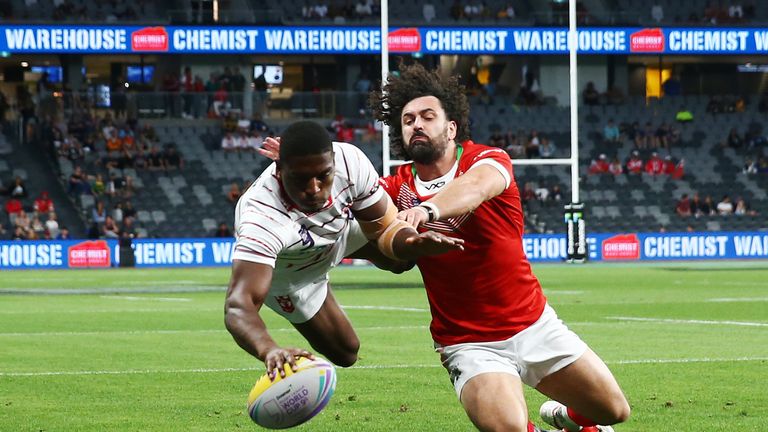 Jermaine McGillvary was among the try-scorers for England against Wales

Jake Connor enjoyed a birthday to remember as England opened their World Cup Nines campaign with a 25-4 victory over Wales.

The Hull FC player ran in two tries as Wayne Bennett’s men began their campaign with an emphatic win on day one, making it a memorable 25th birthday for Connor.

England led 17-0 at half-time in their Pool B match thanks to tries from Daryl Clark and Sam Tomkins, the latter being a five-pointer for the Catalans Dragons back dotting down in the bonus zone behind the posts.