MANCHESTER UNITED are facing the very real threat of being in the bottom three for the first time in 30 YEARS if results go against them this weekend.

It would take a shock win for Newcastle at Chelsea, as well as a humiliating four-goal loss to their arch-rivals Liverpool in the north-west derby on Sunday. 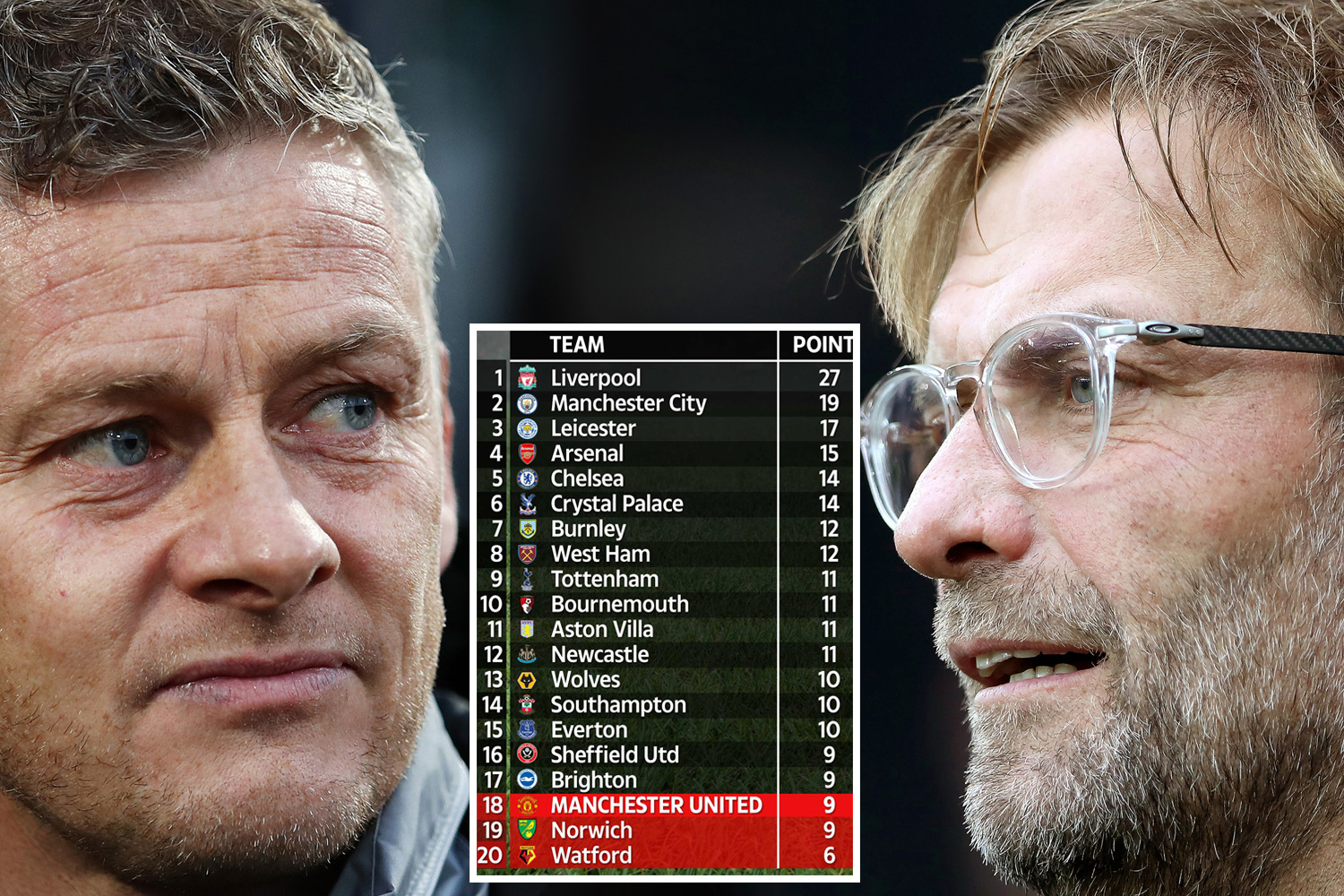 But that would leave boss Ole Gunnar Solsjkaer under severe pressure as United would have won just two out of nine Premier League matches this term.

Bottom side Watford cannot catch United, while with Norwich's awful goal difference they would surely remain in the bottom two even if they defeat AFC Bournemouth. 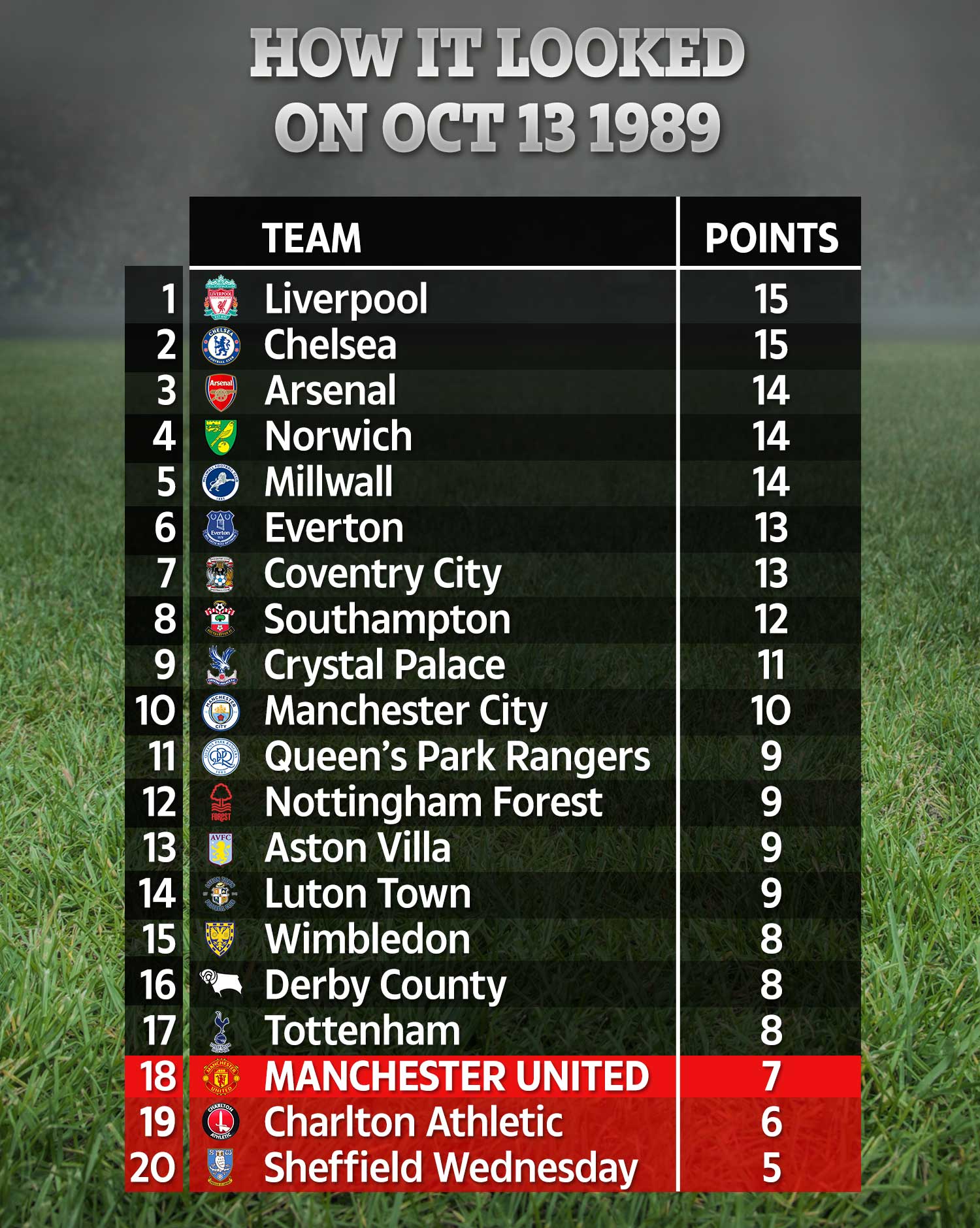 But victories for Everton over West Ham, a one-goal win for Aston Villa over Brighton and Southampton to triumph at Wolves, would leave United looking into the abyss.

Not since 1989 and with Alex Ferguson facing his darkest period at Old Trafford just three years into his reign, have United been in such turmoil.

Were they to get hammered by Jurgen Klopp's Champions League winners it would leave them marooned in 18th ahead of Sheffield United's Monday home match with Arsenal.

The Blades would stay above  ahead of United if they only lose by the odd goal.

The last time United were relegated from the top flight was in 1974.

But they came straight back up as Second Division champions.

Solskjaer would surely not get that much time.

The Norwegian was given a vote of confidence this week, but if they do not pick up any more wins in October, he will surely get the axe.

Spurs boss Mauricio Pochettino is favourite to replace him.

After Sunday's derby, United face tricky Prem away trips to Norwich on October 27 and Bournemouth on November 2.

They have not won away since beating Paris Saint-Germain in the Champions League.

Their last away win in the league was back in February.