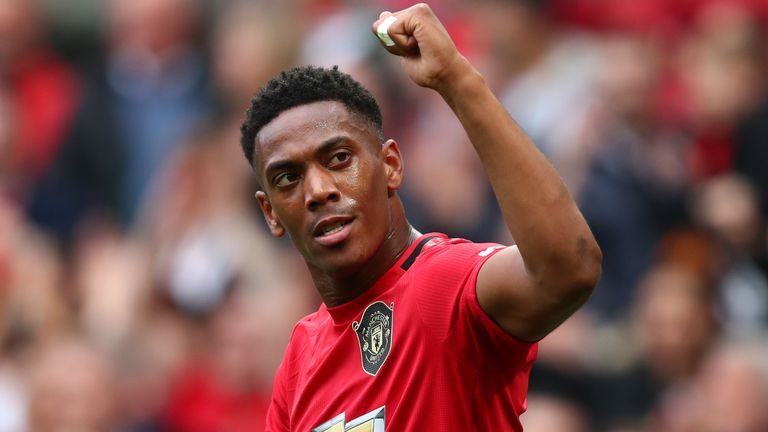 Anthony Martial has been out since August

Anthony Martial is expected to return to first-team training this week and has a chance of playing a part in Manchester United’s match against rivals Liverpool, live on Super Sunday.

The France striker has been out since August with a thigh injury and United have struggled to score goals in his absence, registering just five in an eight-game run of two wins, four draws and two defeats.

But he could hand Ole Gunnar Solskjaer a major boost for the visit of the Premier League leaders, as one of a number of players the Norwegian hopes to see return from recent injuries at Old Trafford.