IT is probably a good job England have not qualified for a major tournament with three games to spare.

We have only managed that once before — against San Marino with a 6-0 win in September 2015 — and we all remember what happened at Euro 2016 when Iceland knocked out the Three Lions. 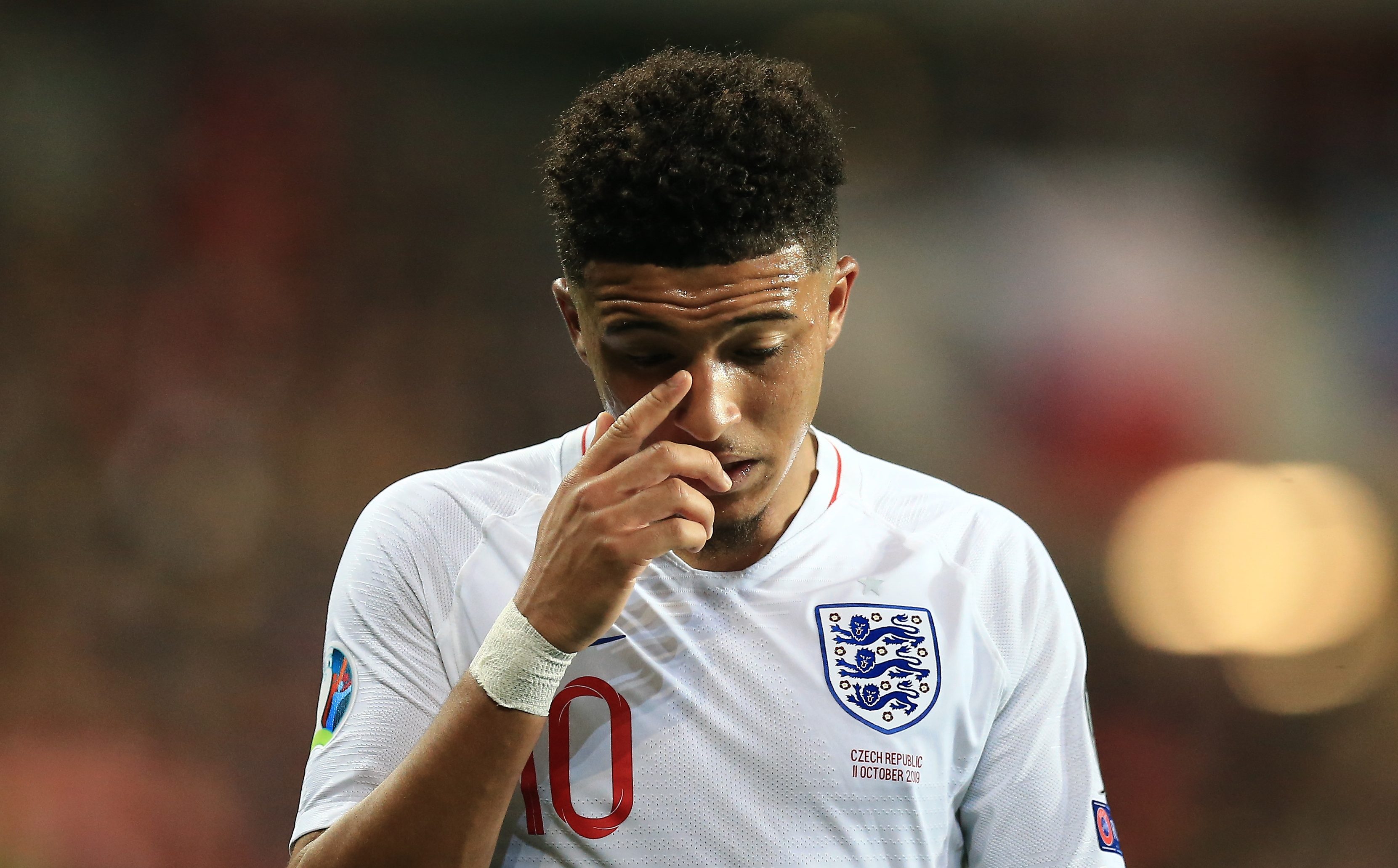 But here was a deserved and sobering defeat for England.

The nation’s young players showed us — maybe not unsurprisingly — they still have a hell of a lot to learn.

This was not exactly Iceland in Nice or anything like that.

But this was an evening in the Czech capital when some of the next generation received an important but harsh lesson.

Jadon Sancho has once again been tearing up German football.

Mason Mount, meanwhile, has played an important role in Chelsea fans rediscovering that long-forgotten thrill of watching English players perform for their club.

Declan Rice, who thankfully swapped the Republic of Ireland for the Three Lions, has delivered mature performances way beyond his 20 years for West Ham.

Sancho and Mount had already been replaced by the time the Czechs got the winner but for them — along with Rice — there is much to think about.

Equally, this result — on the back of a second successful woeful defensive performance — was a tap on the shoulder for anyone who thinks improving on a World Cup semi-final appearance will be straightforward.

England will still qualify for Euro 2020. They will still play their first match at Wembley in June.

But here in the Czech Republic, Mount and Sancho were both replaced by Ross Barkley and Marcus Rashford with 17 minutes left and they could have very few complaints even though not everything was their fault. 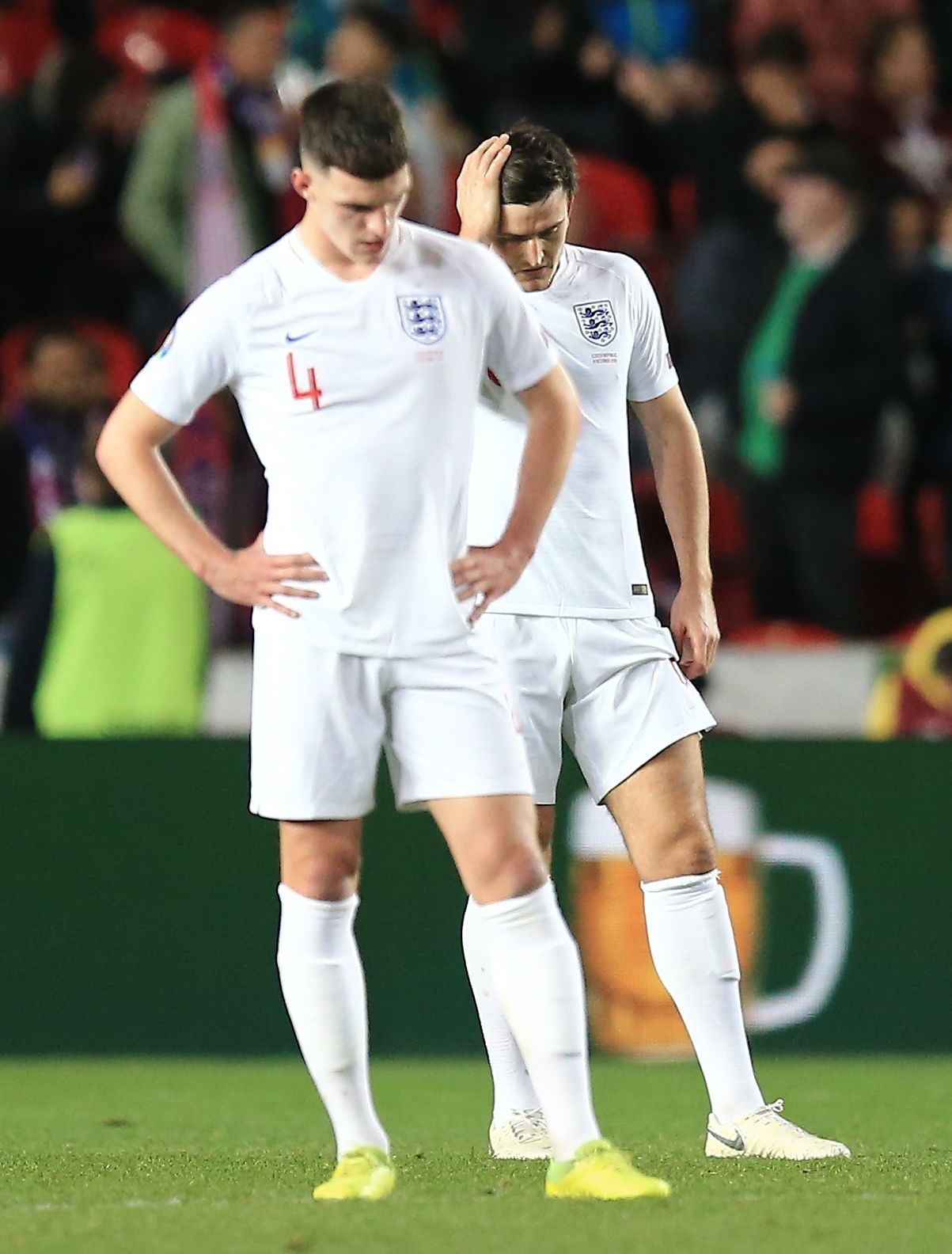 3 Declan Rice was replaced late on but will have learned a lot from the defeat against the CzechsCredit: Rex Features 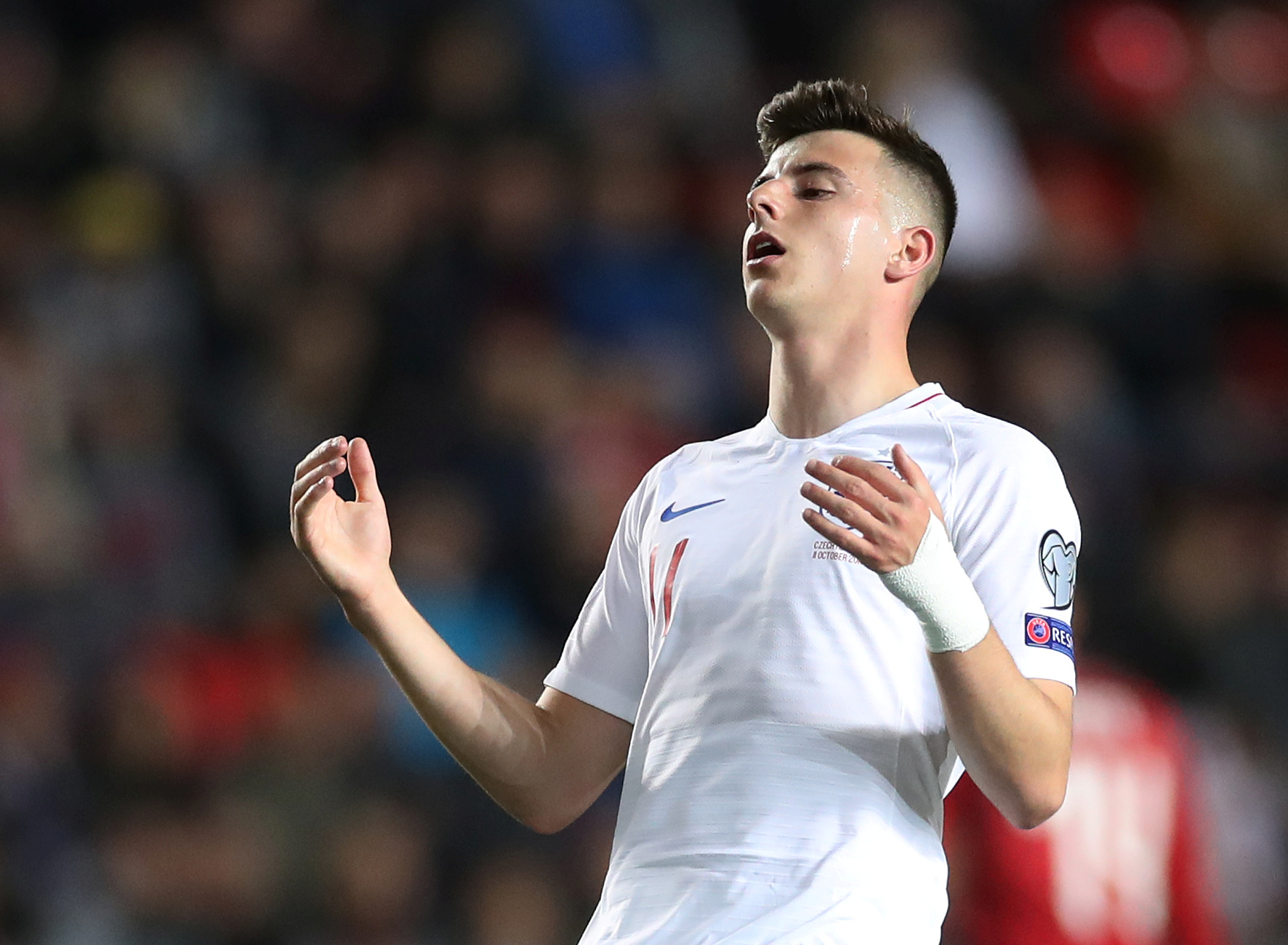 3 Mason Mount looked lively in the first-half but could not affect the final scoreCredit: Reuters

At 25 years and 122 days, the average age of the England team was nowhere near one of the youngest but still one of the more inexperienced.

Rice, 20, was picking up cap No 6 for England, this was a ninth appearance for Sancho, 19, while Michael Keane — despite being 26 — was representing his country for only the tenth time.

Although whether he should be given many more chances remains a source of debate.

Meanwhile, while there was a third cap — and full debut — for Mount.

So it was a bizarre call to start him behind Kane as a No 10 and he looked completely lost, touching the ball just five times in the first quarter of the game.

It was no surprise that for the second half, Southgate switched Mount to his normal position before he made way for Chelsea team-mate Barkley.

Dele Alli, meanwhile, deservedly not in the squad, knows he must really improve if he is to have an impact on both Mount and Barkley who could end his dream of playing at Euro 2020.

The Sinobo Stadium, with its structure and red seats, felt like a miniature St Mary’s of Southampton.

And England’s defenders must have been suffering flashbacks as some of the mistakes made were not dissimilar to what we saw on the south coast against Kosovo last month.

Initially, there was a perfect start for England when Sterling was brought down by Lukas Masopust and Kane delivered from the spot confidently in front of the 3,500 travelling supporters for goal No 27.

Yet the weakness we saw against Kosovo soon resurfaced from the set-piece when Rice slipped and Keane was guilty of some shocking ball-watching as Jakub Brabec scored.

There was more sloppy passing from the team — with Keane again a culprit — and England were lucky to make half-time still level.

Sensibly, Southgate changed his tactics and reverted to a 4-3-3 with Mount back in midfield and Manchester City winger Sterling on the left of a front three.

But ultimately, they were caught out again when the Czechs swept in the winner five minuted from time.

MOST READ IN FOOTBALLLive BlogCZECH REPUBLIC 2 ENGLAND 1 – LIVE Dreadful Three Lions defending punished by Ondrasek FLOP SPURS Bielsa to bolster squad after Jack Clarke returns to Tottenham MOU THE GURU Five Man Utd players Mourinho was right about from Pogba to Rashford BUK UP Bukayo Saka, 18, not allowed into Arsenal dressing room at club's training ground ALSO-RAN UTD The incredible starting XI Man Utd missed out on and who they signed instead WELL BE BACK ITV 'rival BT Sport and Sky in bid to show Champions League on terrestrial TV' Live BlogGUNNERS LATEST Arsenal news LIVE – Latest updates and gossip from the Emirates GossipI'M ED BOY Woodward asked ‘do you know who I am?’ and Rooney thought he was too ‘matey’

So now, we head to Sofia for Monday’s game against Bulgaria and there will be changes such as Ben Chilwell for Danny Rose and Joe Gomez for Keane.

Rice will keep his place and hopefully, despite this tough night, Sancho and Mount will get another chance.

But this is a night none of them will forget.