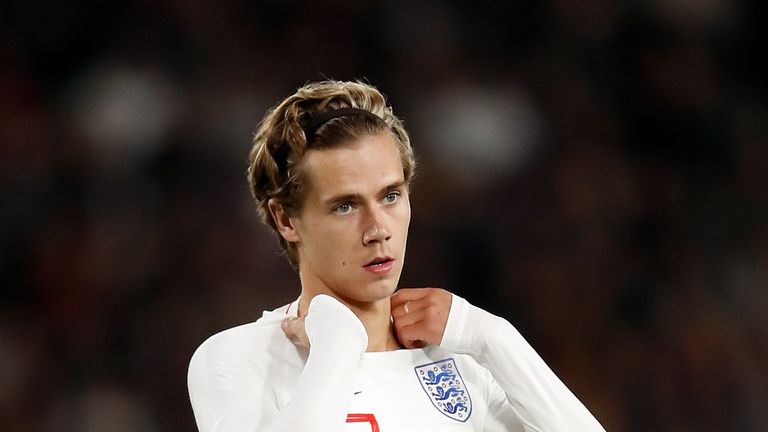 Todd Cantwell has withdrawn from the England U21 squad

Todd Cantwell, Trevoh Chalobah and Reece James have withdrawn from the England U21 squad due to injury ahead of fixtures against Slovenia and Austria.

The Football Association announced that Reading’s Omar Richards has been called up by head coach Aidy Boothroyd as a result.

England travel to face Slovenia in Maribor on Friday before they continue their qualifying campaign for the 2021 European U21 Championship at home to Austria four days later at Stadium MK. Both teams are joint-top of group three with two wins from two games.