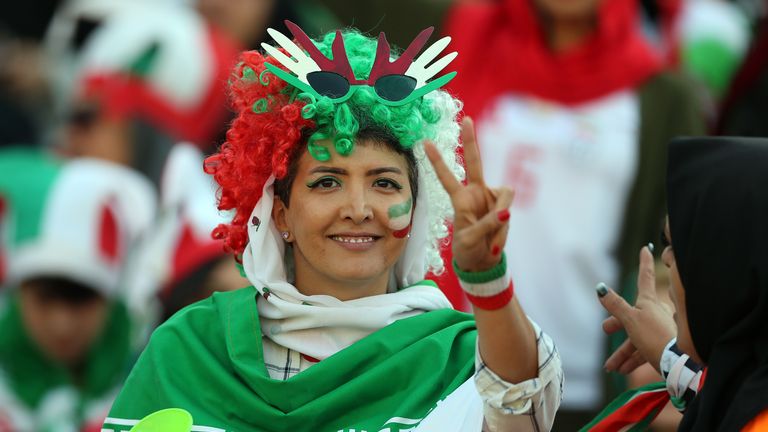 Iranian women were able to watch their national team in Tehran for the first time in 40 years amid calls for all restrictions to be lifted.

Iran thrashed Cambodia 14-0 in a landmark World Cup qualifier that was witnessed inside the Azadi Stadium by 4,000 female spectators.

Iranian authorities were moved to allow a quota of tickets to be sold to women following the shocking death of Sahar Khodayari, who became known as the “Blue Girl” for her love of the Iranian team Esteghlal. 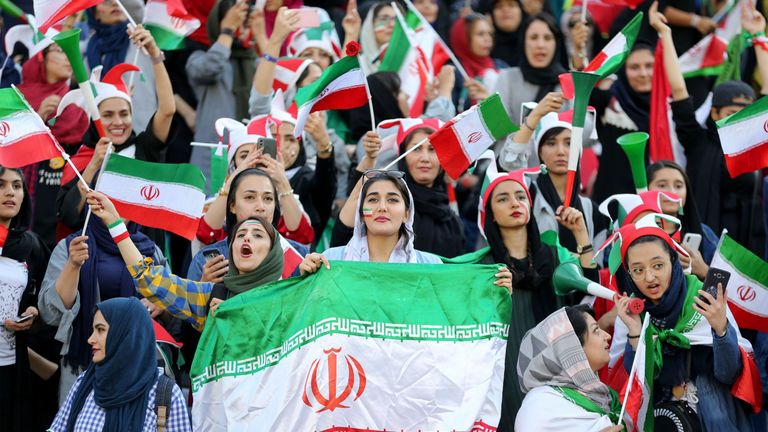 Khodayari set fire to herself last month after being summoned to face charges in connection with her attempt to enter a stadium.

The sight of women draped in their national flag in the stands signified a major milestone in the push away from Iran’s male-only policy at sporting events, following a 1981 ban that followed the country’s Islamic Revolution.

Will this bring an end to Iran’s male-only policy?

Iran was the world’s last nation to lift a ban on women at matches after Saudi Arabia recently did so. The effort to allow women back into stadiums has gone through fits and starts since the revolution.

Iran even barred a woman from holding a sign for the country when it attended its first Summer Olympics in 1986 in South Korea.

A group of Irish women received special permission to attend a qualifier between Iran and Ireland in Tehran in 2001.

However, Supreme Leader Ayatollah Ali Khamenei, who has final say on all matters of state, opposed the decision.

Then, last year, Iranian authorities allowed a select group of women into Azadi Stadium by invitation only to watch the Asian Champion League final.

Since the beginning of 2018, at least 40 women have been arrested and some prosecuted for attempting to enter football stadiums.

Despite an important step being taken, the move only came after intense pressure from FIFA, with the world governing body threatening to issue Iran with a ban if women were denied access.

Only four sections of the 78,000-capacity stadium were allocated to female supporters, who were kept separate from men and under the protection of female police officers. 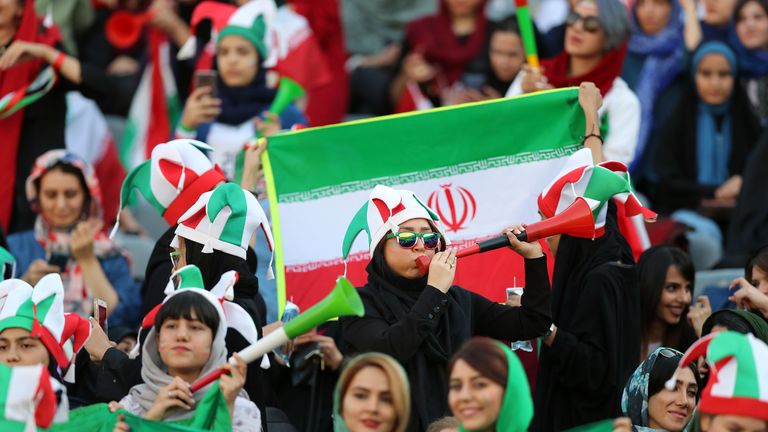 The women-only block in the 78,000-seat stadium sold out within minutes

Philip Luther, Amnesty International’s Middle East and North Africa Director, said prior to the match: “Iran’s decision to allow a token number of women into the stadium is a cynical publicity stunt by the authorities intended to whitewash their image following the global outcry over Sahar Khodayari’s tragic death.

“Anything short of a full reversal of the ban on women accessing all football stadiums is an insult to Sahar’s memory and an affront to the rights of all the women of Iran who have been courageously campaigning for the ban to be lifted. 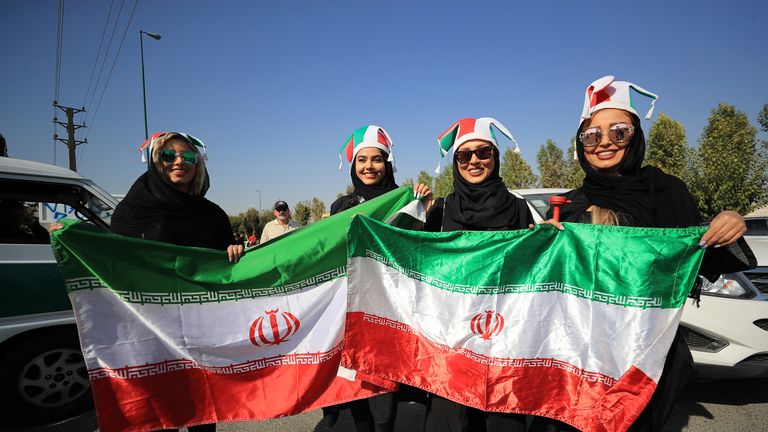 “The international community, including world football’s governing body FIFA, must also ensure that women are permitted to attend all matches freely and without discrimination.”

“The Iranian authorities should lift all restrictions on women attending football matches, including domestic league games, across the country.

“The international community, including world football’s governing body FIFA, must also ensure that women are permitted to attend all matches freely and without discrimination. 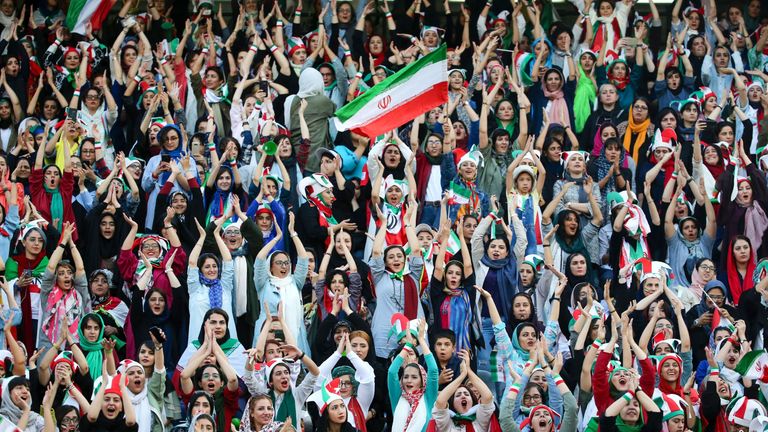 “FIFA has a responsibility to respect human rights throughout its operations, and the power under its statutes to take definitive and urgent action to address a situation which it has allowed to continue for far too long.”

Face-painted Iranian women have often cheered on their team abroad for years, despite being banned from doing so at home.

Zahra Pashaei, a 29-year-old nurse who has only known football games from television, said: “We are so happy that finally we got the chance to go to the stadium. It’s an extraordinary feeling. 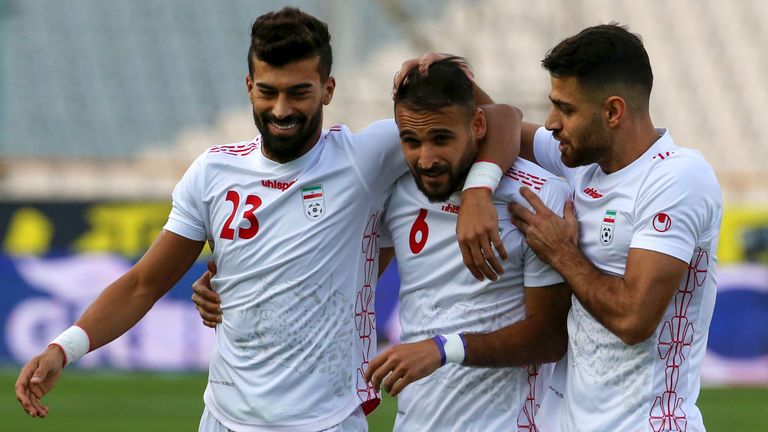 Iran, who have qualified for five World Cup competitions, opened the scoring in the fifth minute through midfielder Ahmad Nourollahi’s speculative drive. Marc Wilmots’ side were 7-0 up by half-time, helped by Sardar Azmoun scoring a hat-trick.

But Karim Ansarifard eclipsed that feat in the second period, taking his tally to four goals on the night as Iran moved top of World Cup Asian Qualifying Group C ahead of the trip to Bahrain on Tuesday.