REAL MADRID hope to poach Christian Eriksen for a bargain £30million in January, according to reports.

Los Blancos failed to land the Danish ace, 27, over the summer and do not want to risk missing out on him again. 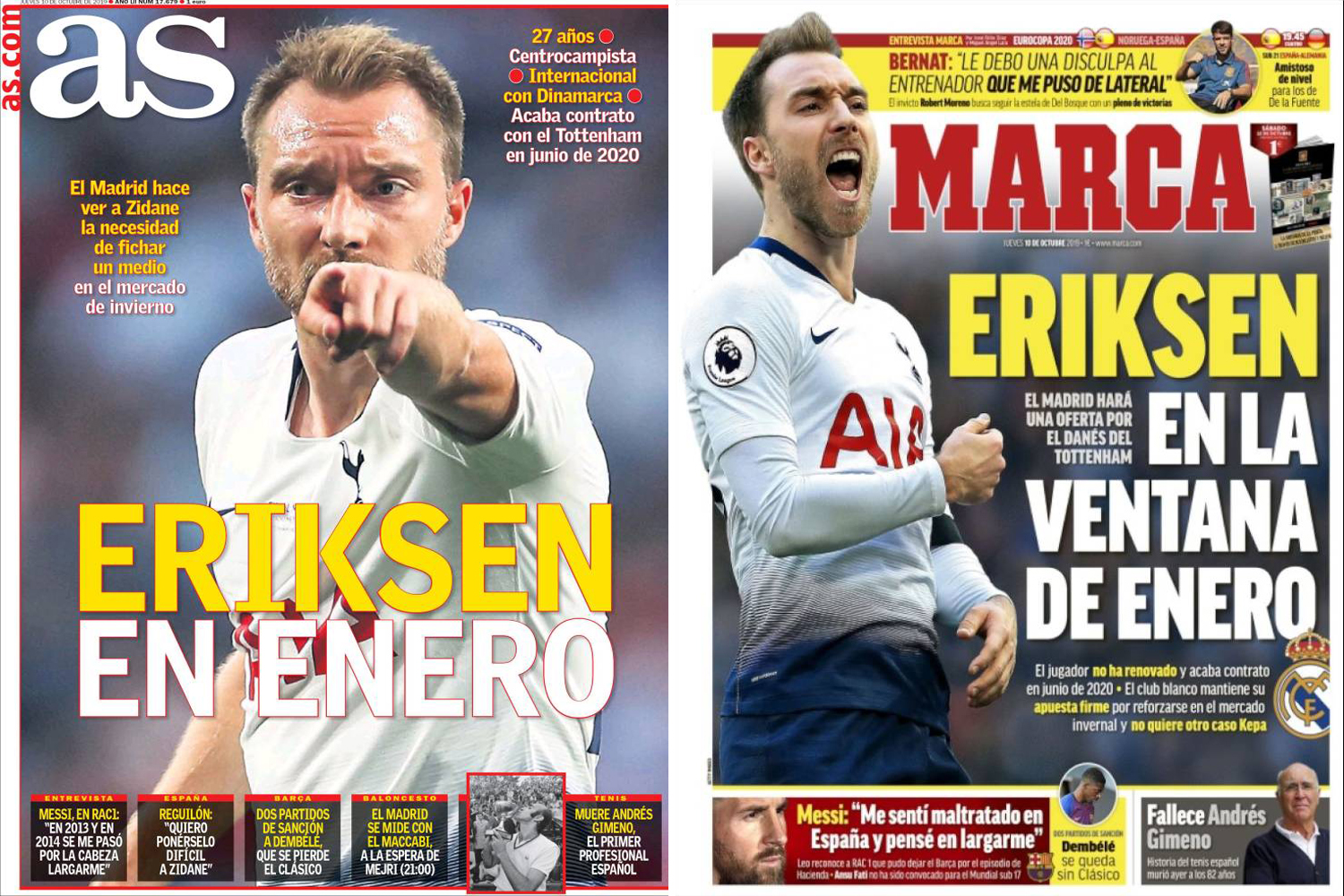 But according to AS and Marca, Eriksen would rather wait until his deal runs out in June so he can leave for free and pick up a huge signing bonus.

Real can enter talks on January 1 over a summer switch as clubs abroad will not be breaking rules speaking to a player in the final six months of his deal.

But they could still try and tempt Spurs into cashing in, which would give Eriksen a choice to make.

Zinedine Zidane's No1 midfield target was Paul Pogba but Manchester United were not open to selling.

Casemiro is the only Bernabeu  first-team regular NOT to pick up an injury this season but there have been concerns about his form.

While Toni Kroos, Luka Modric, Isco and Federico Valverde have all been crocked in a campaign that is teetering on the brink.

Real are top of La Liga but suffered a humiliating 3-0 Champions League defeat to Paris Saint-Germain.

And their domestic form has not been completely convincing, with big-money signing Eden Hazard scoring just once.

Karium Benzema has been the main bright spark and could be offered a new deal after keeping Luka Jovic out of the team.

While Eriksen is one of a number of stars – including Jan Vertonghen and Toby Alderweireld – who could jump ship from struggling Spurs, who conceded ten goals in two matches before the international break.