DENNIS BERGKAMP, Henrik Larsson and Dirk Kuyt are looking to buy another club after failing to land cash-strapped Wycombe.

American businessman Rob Couhig now looks set to take over the Chairboys and will take his plan to shareholders to get it rubber-stamped this month. 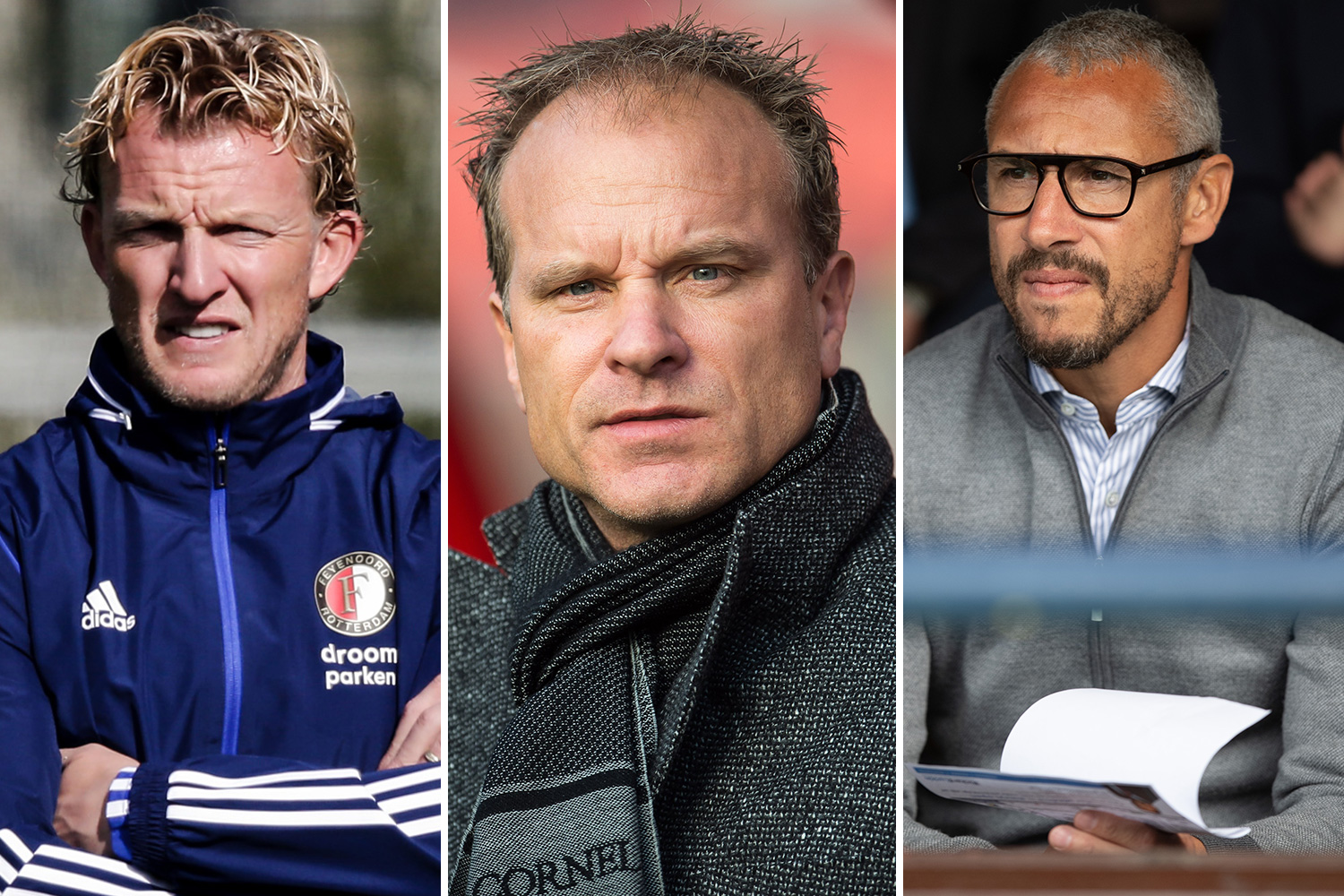 1 Dirk Kuyt, Dennis Bergkamp and Henrik Larsson, left to right, are in the market for a football club

But until June, a consortium of former footballers – including the famous trio and Holland manager Ronald Koeman, who acts as their advisor – were in the running, according to David Ornstein of The Athletic.

The report states that they were set on “catapulting Wycombe into stardom” using the lessons they learned in the game.

Their model did not call for lavish spending, instead relying on building revenue and bringing back the club's academy.

A source is quoted as saying: "We’re not coming over pretending to know everything.

“We know a lot and we’re going to bring that together with the people working at the club to make it a joint venture. It’s a family club and we have to treat family as family.”

Wycombe were in desperate need of cash, however, and the Chairboys reportedly decided to go with Couhig  after he provided some financing – and the trio must now turn their attentions elsewhere.

Most read in footballExclusiveREALITY DROP Utd unravelling, Ole has hairdryer on full blast but team don't get his plan RevealedVAR AWAY The Prem table if VAR errors hadn't cheated Utd, City, Spurs and Co out of points PHIL THE PUNCH City ace Foden will have to wait as Pep reckons 'you win nothing with kids' ARF CUTS Free agent XI of players STILL available includes Ben Arfa, Bony and Coentrao PAUL INCE Man Utd are a mess 'from top to bottom' and the De Gea interview was a disgrace VideoFINGER WAG Stunning Italian presenter wags finger as Napoli fans sing 'get your t*** out' ExclusiveOLE SACKER SOLSKJAER Solskjaer blasts flops and says: 'You're going to get me the sack' ART OF WOR Longstaffs had a curry before heroics – and dad almost missed it for ice hockey ACCESS DENIED Southgate warns axed Alli and Lingard days of 'privileged access' are over TERRI-BALE Watch Gareth Bale arriving late as Real Madrid faced off with Brugge

Boss Gareth Ainsworth told a meeting that if the Couhig deal did not get the 75 per cent approval from shareholders, the fan-owned club was in dire straits.

He said: “I’ll tell you now, if we don’t get the vote I think we could be in serious trouble. I’ll say it bluntly — it could be very, very tough.

“People have kept this club alive and it comes a time when you think, ‘This really needs to change’. For me, this is that time. I believe in Rob and what he could do for this club.”