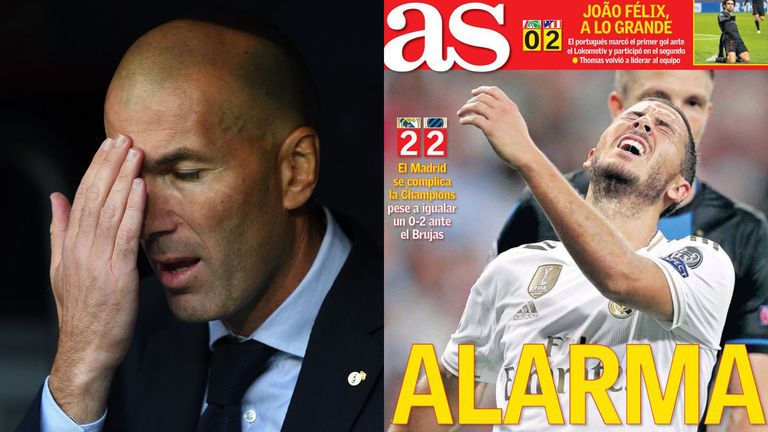 Zinedine Zidane was fiercely critical of his Real Madrid side for their “worst-ever” first-half performance in the 2-2 draw with Club Brugge, describing the first goal as “laughable.”

Emmanuel Dennis’ peculiar brace gave the Belgian side a 2-0 half-time lead against the 13-time European champions, who opened their Pool A account by being brushed aside 3-0 by Paris Saint-Germain a fortnight ago.

Sergio Ramos halved the deficit before the hour before Brugge captain Ruud Vormer was sent off for a second bookable offence and, from the resulting free kick, Casemiro scored five minutes from time to rescue a 2-2 draw.