Ahead of his 11th NBA season with the Golden State Warriors, Stephen Curry says everything is “fresh and new” and urges his team-mates to embrace “new challenges”.

Warriors’ media day took place at the team’s brand new Chase Center Arena and NBA TV’s Dennis Scott was on hand to quiz two-time MVP Curry about his new surroundings and his hopes for the 2019-20 season.

“It’s special,” said Curry of the Warriors’ new home in San Francisco. “I’ve always had a bittersweet feeling. Leaving Oracle and leaving Oakland was tough having played my first 10 years [in the league] there. But when you get in this building and feel the energy, it’s going to be exciting.

“We need our fanbase to create the energy with us. It’s exciting. Everything is fresh and new.”

Curry’s description of the Chase Center reflects his thoughts on the Warriors’ season ahead.

Golden State have played in the last five NBA Finals, winning three, but they approach the 2019-20 season with a roster that has been dramatically revamped following the departures of mainstays Kevin Durant (free agency) and Andre Iguodala (traded to Memphis Grizzlies) and role players DeMarcus Cousins, Shaun Livingston and Jordan Bell.

Curry is embracing the challenge of leading the new-look Warriors and believes they have the chance to create another chapter of success. 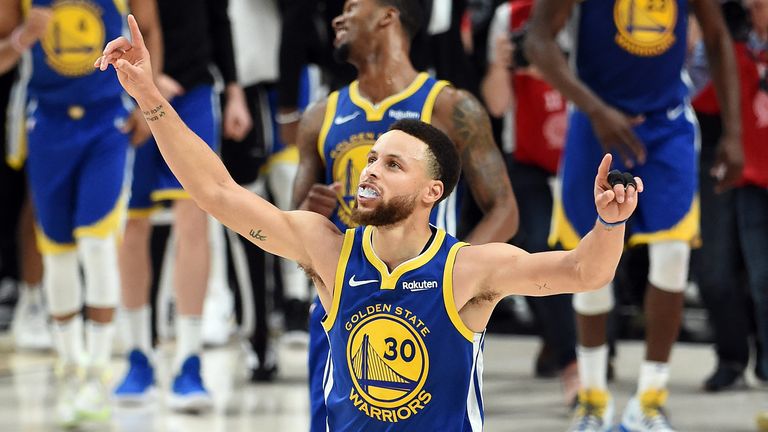 “New challenges and new opportunities,” he said. “In terms of building chemistry and understanding how we are going to be successful, you’d like to think we’d get off to a good start and lay those foundations down in training camp.

“We’ve got to be patient at the same time. I think we have an opportunity to create a new brand of basketball with the same DNA of that championship mentality and attention to detail. It’s a combination of being patient and relying on the DNA we’ve built over these last six years to start afresh.”

Curry’s backcourt ‘Splash Brother’ Klay Thompson, who sustained a torn ACL during Game 6 of the NBA Finals against the Toronto Raptors in June, will not return before the 2020 All-Star break. His long-term absence has led to some analysts questioning the Warriors’ ability to make the playoffs.

“I laugh when I hear [people say we’ll miss the playoffs],” Curry said. “Our goal is to continue to be competitive and show championship mentality but understand we will have to do it differently. 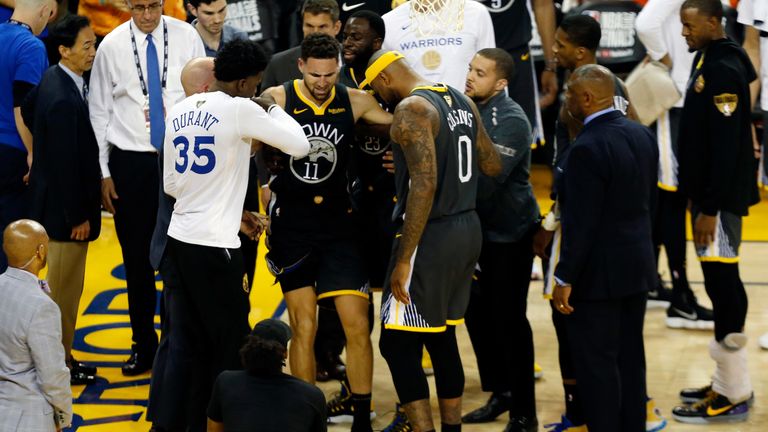 “There’s a lot of new personnel [on the roster] but we have talent. The expectations are there for us internally. We have to put in the work behind it to make it happen. I feel like we have what it takes to be that team that opponents don’t want to see on any given night or in the playoffs.”

Without Thompson or Durant – and with summer signing D’Angelo Russell finding his place in the team’s offensive schemes – Warriors coach Steve Kerr is likely to lean heavily on Curry in the opening months of the season. In the era of load management, how smart will the team have to be about managing Curry’s minutes?

“My body is feeling good and I’m looking forward to my 11th year,” Curry said. “I want to be smart and understand what is going to help us be successful as a team. I always have the same mentality whether I play 28 minutes or 42 minutes. You leave an impact on the game.

“But I don’t want to create a narrative before the season starts about how that might look. I’ve been working my butt off all summer trying to get better and I want that to show when the season starts.”