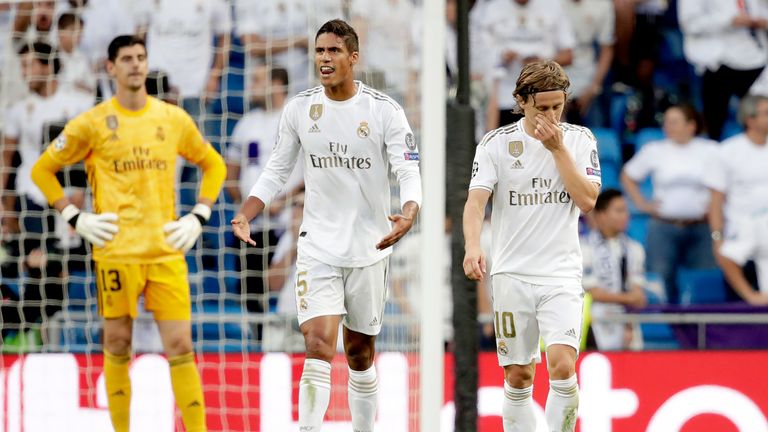 Real Madrid narrowly avoided a fresh crisis as they fought back for a 2-2 draw at the Bernabeu against Club Brugge.

Dennis Bonaventure’s first-half double had given the Belgians a shock 2-0 lead.

But after Sergio Ramos’s 55th-minute goal was controversially allowed to stand despite a VAR check for offside, Casemiro equalised with five minutes remaining shortly after Brugge skipper Ruud Vormer was dismissed.