N'GOLO KANTE handed Frank Lampard a huge boost ahead of their Champions League game at Lille.

The midfielder was one of a trio of Frenchmen to return to training Tuesday ahead of tonight's trip to their homeland. 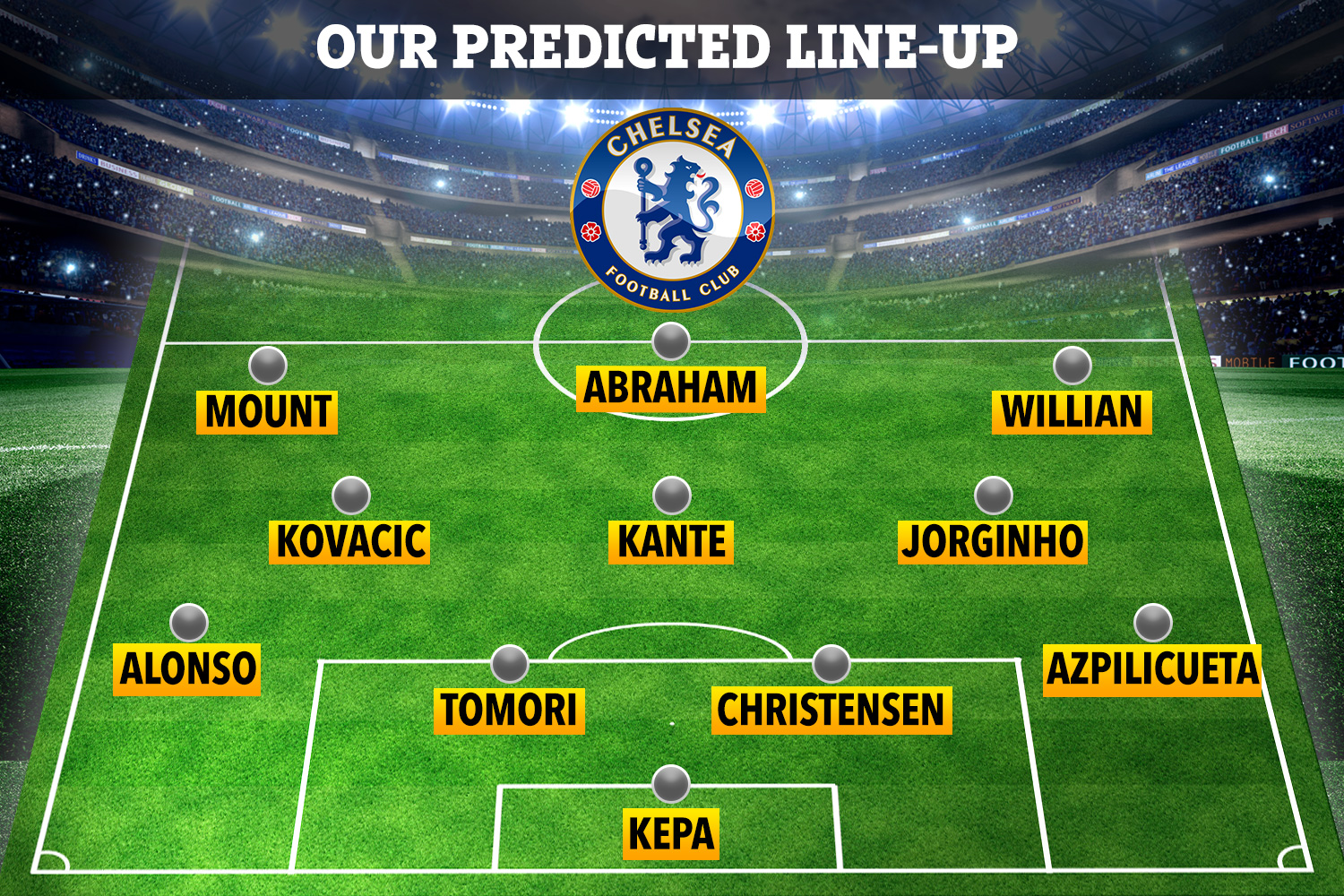 1 How Chelsea could line up against Lille

The Blues welcomed back Kante, Olivier Giroud and Kurt Zouma from injury as they headed out for training on a soaking wet morning at Cobham on Tuesday.

The French trio have all missed recent games but Lampard will be thrilled they are back in contention as he looks to bounce back from the 1-0 home defeat by Valencia in this season's Champions League opener.

Giroud and Zouma both missed Chelsea's 2-0 Premier League win over Brighton last time out through illness.

Kante has been struggling with a hamstring problem since pre-season.

The Blues will probably make changes to the team that faced Brighton – especially as they welcome back the World Cup winning midfielder.

Kepa will keep his place in goal while the back-four is likely to remain unchanged with Cesar Azpilicueta, Andreas Christensen, Fikayo Tomori and Marcos Alonso trying to keep a clean sheet.

Ross Barkley missed a penalty in the Valencia defeat and the Englishman will likely be the man to make way for Kante.

Jorginho scored a penalty against Brighton and – alongside Mateo Kovacic and the returning Kante – will make up the base midfield three.

Free-scoring Tammy Abraham will lead the line, Willian will play on the right and Mason Mount – who limped off injured in the Valencia game – will replace Pedro and slot in on the left.

Youngsters Callum Hudson-Odoi and Reece James will also be eager to be involved but may have to settle for a place on the bench along with fellow returnees Giroud and Zouma.

After Saturday's 2-0 win against the Seagulls, Lampard commented on Kante's hamstring injury and his omission from the team.

He said: "Yes, it's an awareness. I didn't want to take the risk.

"I spoke to N'Golo about it, he's so important for us – we know that – but he's had a difficult pre-season.

MOST READ IN FOOTBALLTRICK AND TREAT M&S launches Halloween-inspired Colin the Caterpillar cake & it's only £7 JUST DESSERTS GBBO Verinne recipe – make Prue's dessert on this week’s technical challenge GRUB'S UP Who eats the leftovers on Bake Off and is the food served cold? HAVE A BREAK From green tea to soy sauce what are the Japanese Kit Kat flavours? THE FLIPPING TRUTH What does shrove mean? Fun facts about Pancake Day 2018 WRAP SHEET This is what fast food chain McDonald's is offering up for its wrap of the day Little choc of horrors We reveal how many 'bite-size' treats add up to full-size calories Revealedmunch time The healthiest high street lunches you can have – and they might surprise you

"It's been difficult for us but mainly for him to get going because of the break up of his pre-season as his injury carried over from last year, so it wasn't right to risk it today.

"He could have a chance for Lille."

Antonio Rudiger, Ruben Loftus-Cheek and Emerson were the only three from Chelsea's Champions League squad not to train with the group on Tuesday. 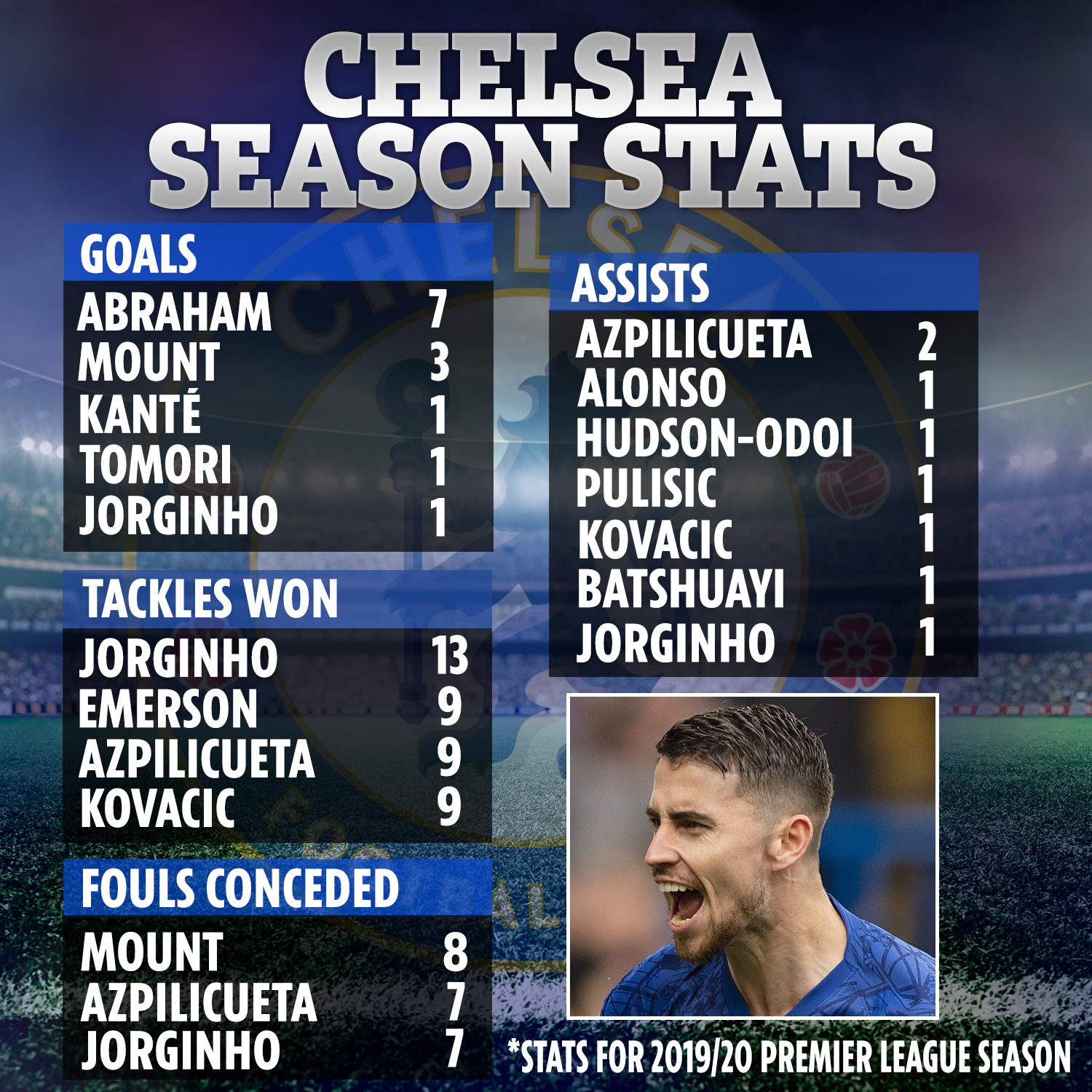