Fresh from signing a new contract and entering a pivotal fourth season in the NBA, Denver Nuggets point guard Jamal Murray knows he has to keep evolving.

“It’s time to be a leader,” Murray said on Monday at his team’s Media Day. His head coach, Michael Malone, would like to see that evolution happen from the first tip-off of the Denver Nuggets’ 2019-20 campaign.

Malone revealed a conversation he had with Murray at the end of last season, sharing a challenge to his starting point guard to improve his offseason regimen. “I had actually gone out and I printed out his last three Octobers and you know, he wants to be an All-Star as well. All-Stars don’t play poorly in October into November,” Malone said. Nuggets happy to run it back

“They bring it every night, they produce every night and it has to be consistent. So I said, ‘Something’s got to change. It can’t be the same offseason as it has been over the last couple of years because something’s not working’.”

Murray has averaged 11.8 points and 2.9 assists on 37.4 per cent shooting in the month of October in the first three years of his career. November and December are usually where the guard starts picking up momentum as he has scored 14.9 points per game and shot 43.4 per cent from the field.

The 22-year-old guard really gets going in April, a month where he has put up 17.3 points and 5.2 assists per game while shooting 45.2 per cent from the field. 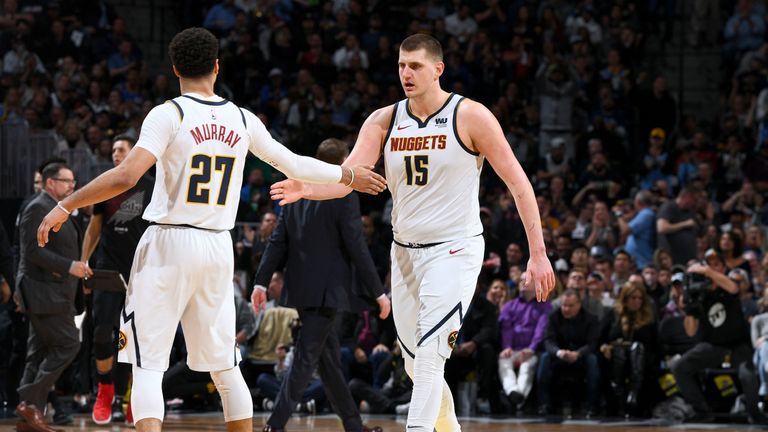 Murray, to his credit, acknowledges increased attention to detail could be the difference in elevating his game to a more consistent level.

“Just being disciplined, not letting the little things slide,” Murray said on Tuesday after the first session of training camp.

Murray’s actions might speak even louder than his words. During the offseason, he went to a voluntary invite-only camp from one of the most detail-focused players to ever grace the game – Kobe Bryant.

During his time at the Mamba Sports Academy in Thousand Oaks, California, Murray did as much as he could to soak up Bryant’s valuable insight and implement it into his own game. “That was a very, very good experience to have that much talent in the gym, watching film, weight room, playing scrimmages with those guys, getting a feel for them, getting a feel for Kobe’s mentality,” Murray said. “I asked him a lot of questions. It was one of my highlights this summer.”

Malone has certainly noticed the difference. “I think he made a conscious effort to change his offseason regimen,” Malone said. “Working a bit harder, being a bit more focused.

“Obviously, with us giving him that contract, that we’re well aware of, we’re showing him a great commitment. Well, on the other side of that coin, he’s got to show us the same type of commitment. He’s ready for that, he’s aware of that and he’s not going to run from it.”

Murray echoed those sentiments. “For me, as a fighter, this is not the end for me,” he said. “I want to do more, I want to be better, be more consistent, be better defensively. There’s a lot of things I’ve got to improve on even though this is a great deal for me.”