EMMANUEL DENNIS dished out the ultimate punishment to Real Madrid by taunting fans with Cristiano Ronaldo's 'Siii' celebration as Brugge earned a 2-2 draw in Spain.

The 21-year-old had stunned the Bernabeu by firing the Belgian side into a two-goal lead before addressing the crowd in an all too familiar fashion. 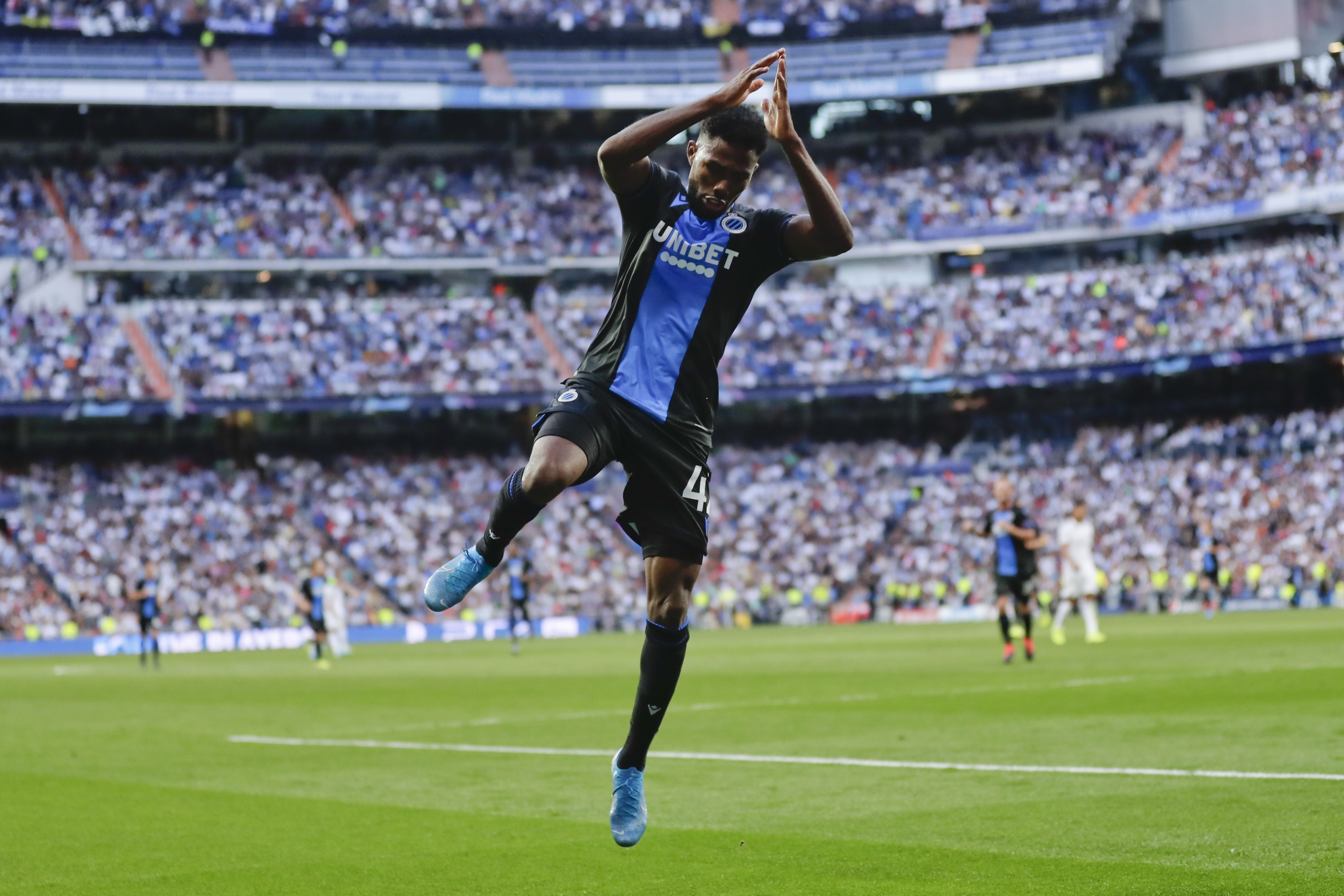 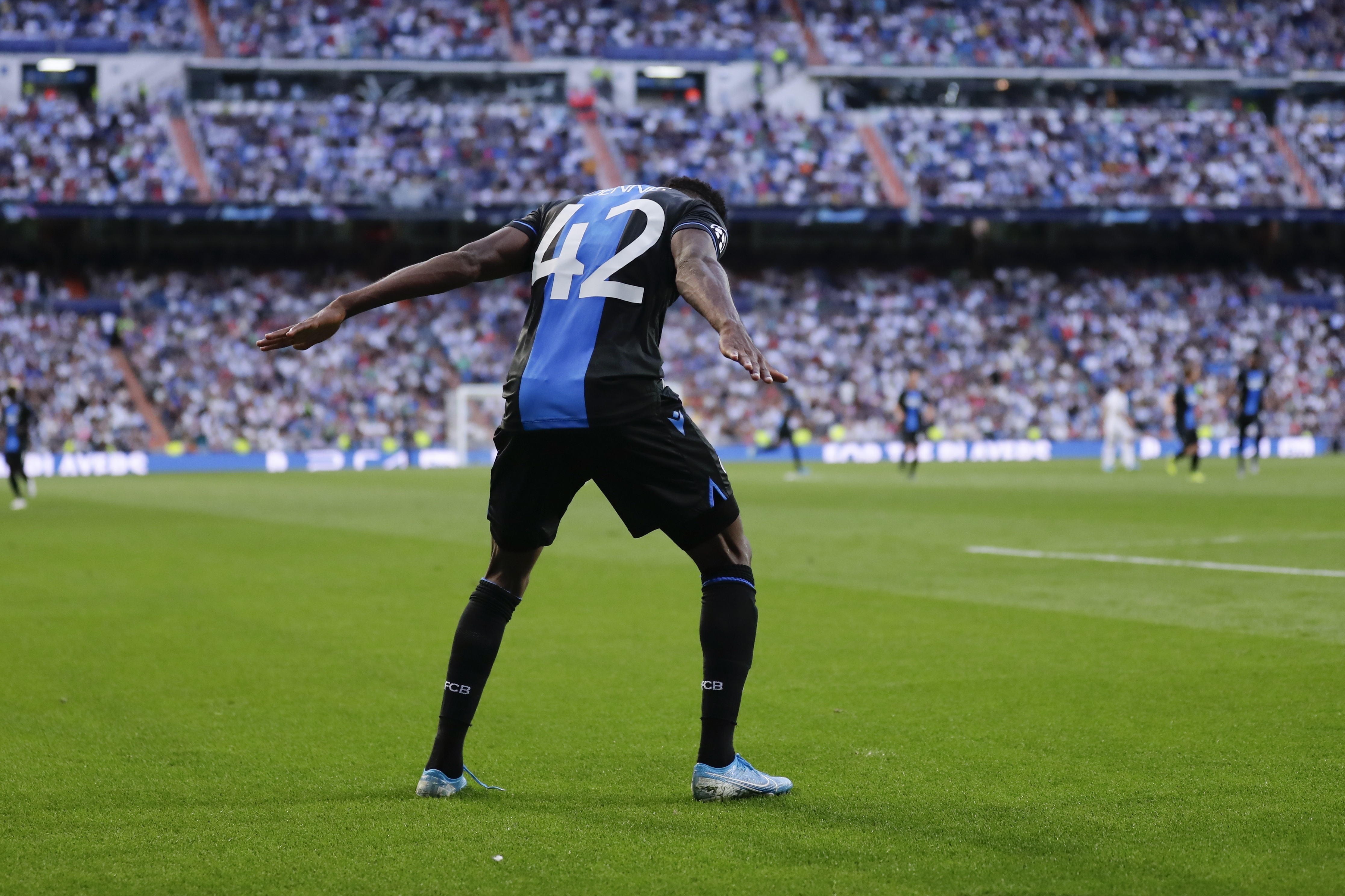 The Nigerian striker had surprised everybody including himself with his first strike after he miscontrolled a cross to inadvertently divert the ball past Thibaut Courtois.

Later in the half, Dennis was tripping over once again as he capitalised on a poor pass from Luka Modric to produce a Harry Kane-esque finish.

And the forward also drew inspiration from one of the best for his celebration, as he produced Ronaldo's 'Siii' celebration to troll the home fans.

The Portuguese superstar is renown for his trademark jump in the air and swivel move – accompanied by him shouting "Sii" – whenever he scores.

The five-time Ballon d'Or winner first produced the iconic celebration in a Los Blancos strip, but fans inside the Bernabeu haven't seen it since Ronaldo's move to Juventus last year.

The 34-year-old revealed last month that the pose was born against former Premier League rivals Chelsea in a Stateside friendly back in 2013.

Meanwhile Ronaldo's old side are still waiting to kickstart their Champions League campaign following an opening 3-0 defeat to Paris Saint-Germain.

Madrid were jeered off at the interval against Brugge but Zinedine Zidane managed to inspire a fightback from their 2-0 deficit.

Sergio Ramos powered home to give the La Liga giants hope, but football fans were convinced there was a helping hand from Uefa after VAR deemed the Spaniard to be controversially onside.

Ruud Vormer was then dismissed for the away side before Casemiro's floated header five minutes from time spared Madrid's blushes. 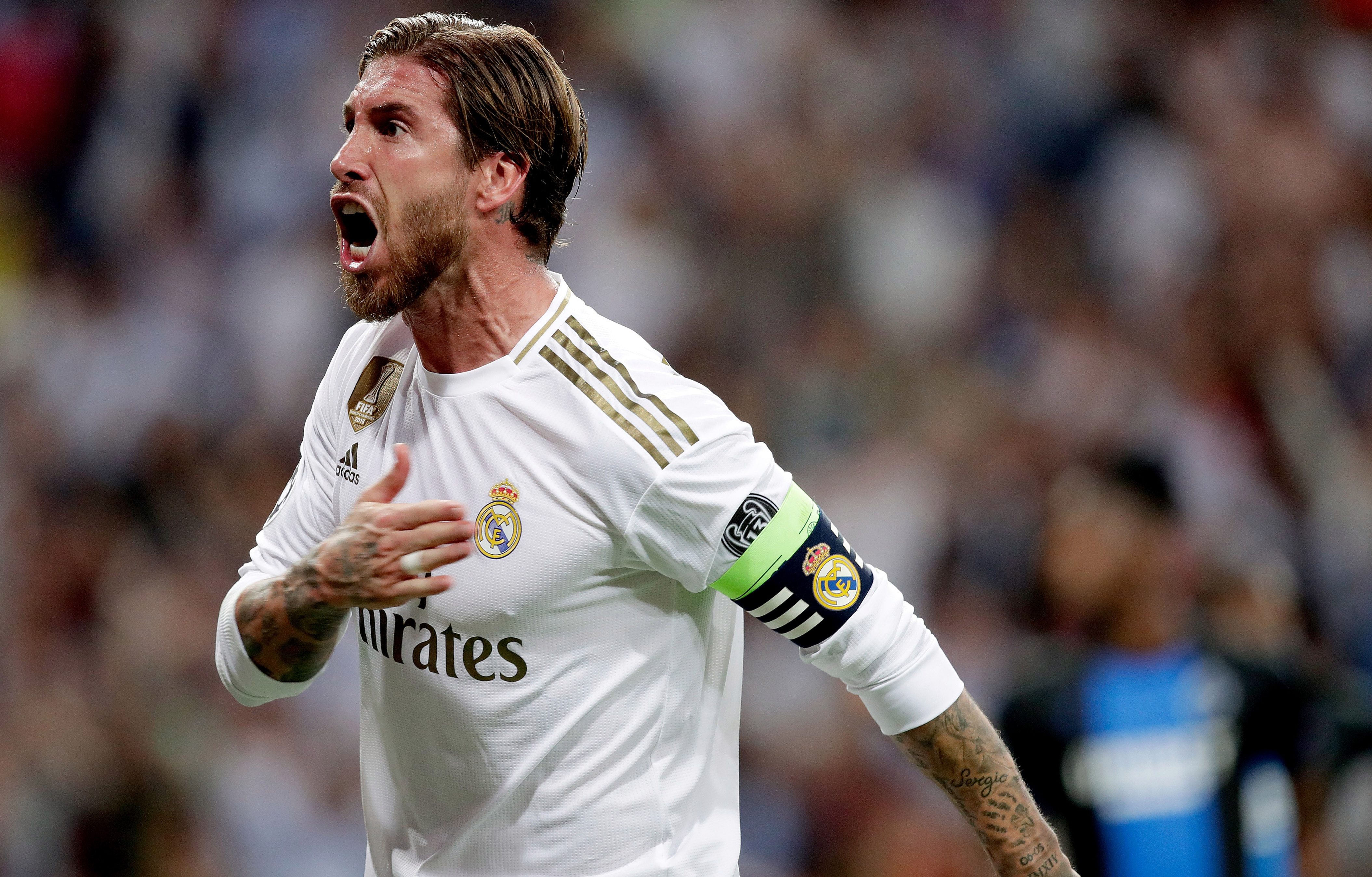 4 Sergio Ramos was given a helping hand from VAR after he looked to be offside from a close-range effortCredit: Getty – Contributor 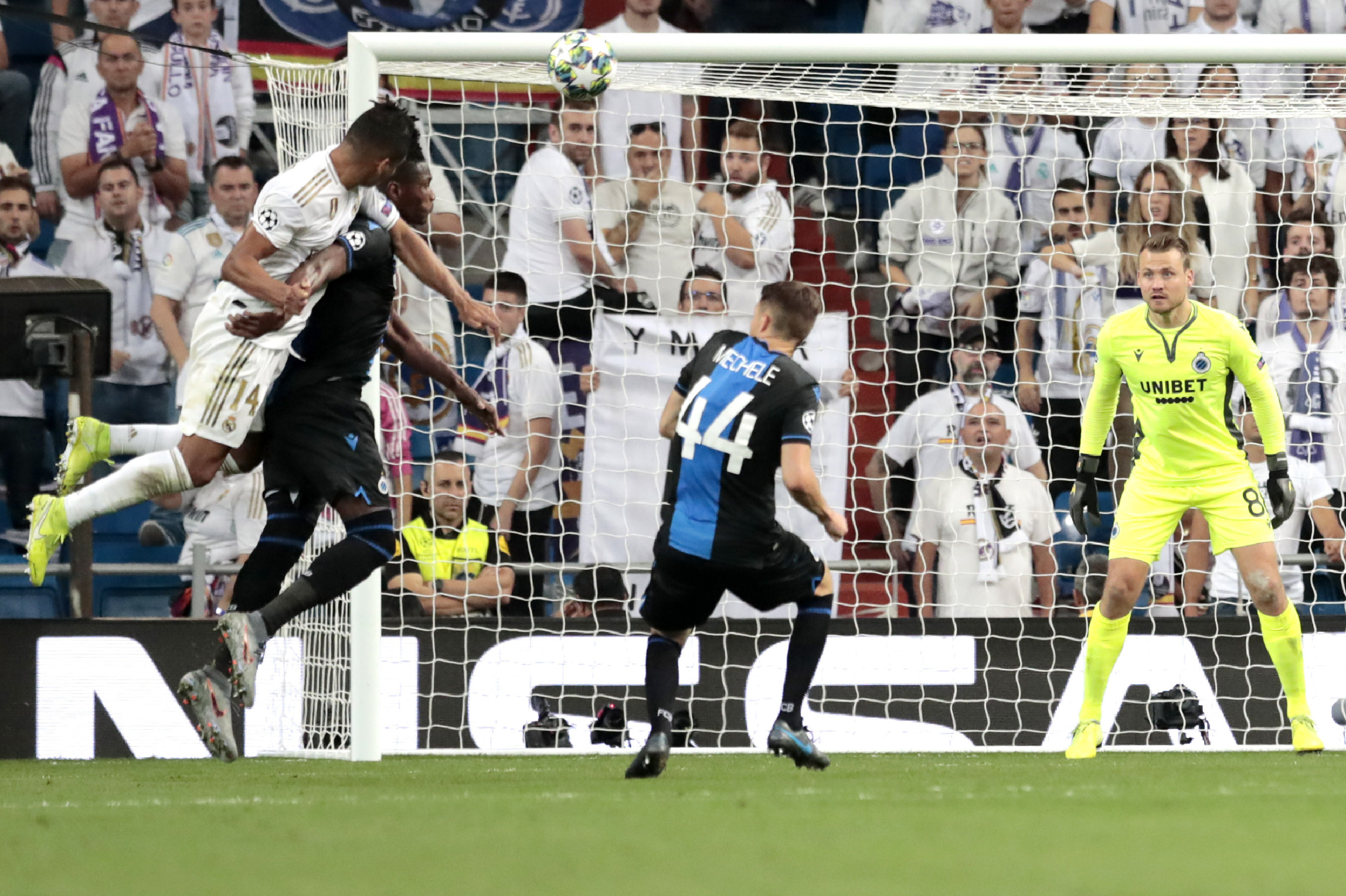