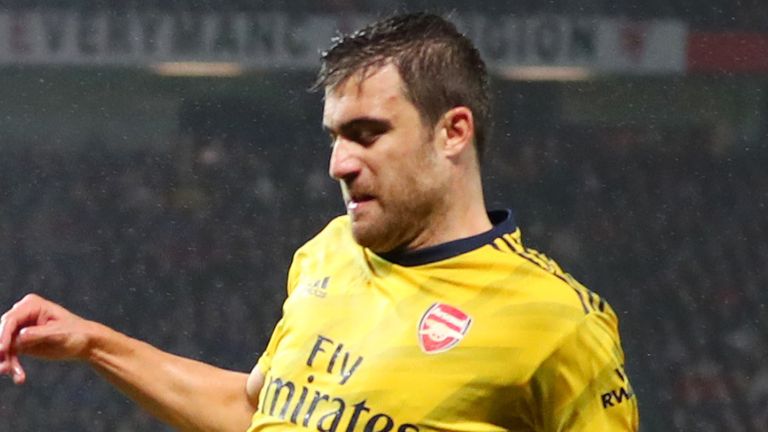 Sokratis Papastathopoulos believes Arsenal’s 1-1 draw against Manchester United will provide a confidence boost in their pursuit of Champions League football.

The Gunners arrived in Manchester having failed to win a Premier League game at Old Trafford since 2006 and fell behind when Scott McTominay fired United into the lead on the stroke of half-time.

But Arsenal fought back as Pierre-Emerick Aubameyang’s equaliser was awarded by VAR after initially being ruled offside.

Sokratis, who has played in all seven of Arsenal’s Premier League games this season, believes the Gunners will benefit from the result and performance in their push for a top-four finish.