STONY-FACED Roy Keane has notched a belated first in his incredible career – a LAUGH.

Even the legendary ex-Manchester United hardman could not help cracking a broad grin and chuckle in the Sky Sports studio as fellow pundit Jamie Carragher recalled the days Liverpool were title-race no-hopers. 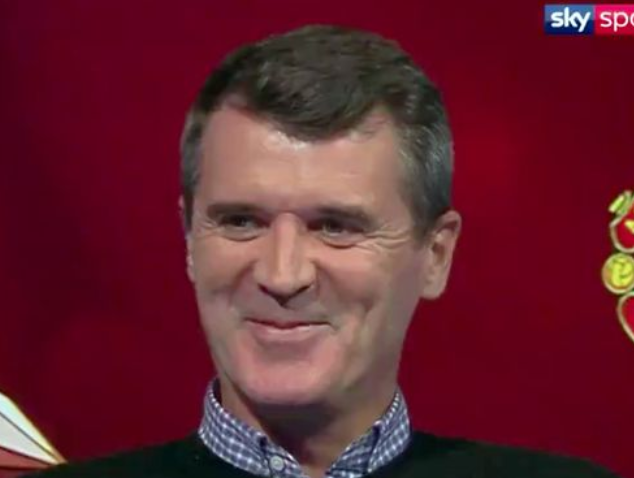 With the two former fierce rivals discussing how United and Arsenal ruled the roost more than a decade ago, Keane came dangerously close to going from tough tackler to chirpy cackler.

And it all became too much for Keane when Carragher said: "We were probably the team alongside maybe Leeds or Newcastle in those days.

"We were in the Champions League but weren't contesting the titles really, as Roy reminded me last week!"

Ex-Republic of Ireland midfielder Keane burst into what, even by his standards, must be considered a genuine laugh.

And the whole exchange went downhill for Carra when he claimed United needed one or two marquee signings to transform their fortunes under Ole Gunnar Solskjaer.

Carragher gave the example of Liverpool bringing in Luis Suarez in 2011 – transforming Brendan Rodgers' side into serious Prem challengers.

He said: "For three or four years we were finishing sixth and seventh, where United are and then almost won the title.

"Sometimes that one player can make all the difference."

But as Rodgers' entertainers peaked with runners-up spot behind Manchester City in 2014, Keane suggested United should never settle for second best.

Yet given United's stuttering form this term – while Liverpool are the Prem's only 100 per cent team – it seems Keane is unlikely to pull off a grin double anytime soon.