EDEN HAZARD is the second-worst Galactico after only Michael Owen, according to the Spanish press.

The former Chelsea man, 28, has struggled desperately for form since heading to the Bernabeu in a £150million this summer. 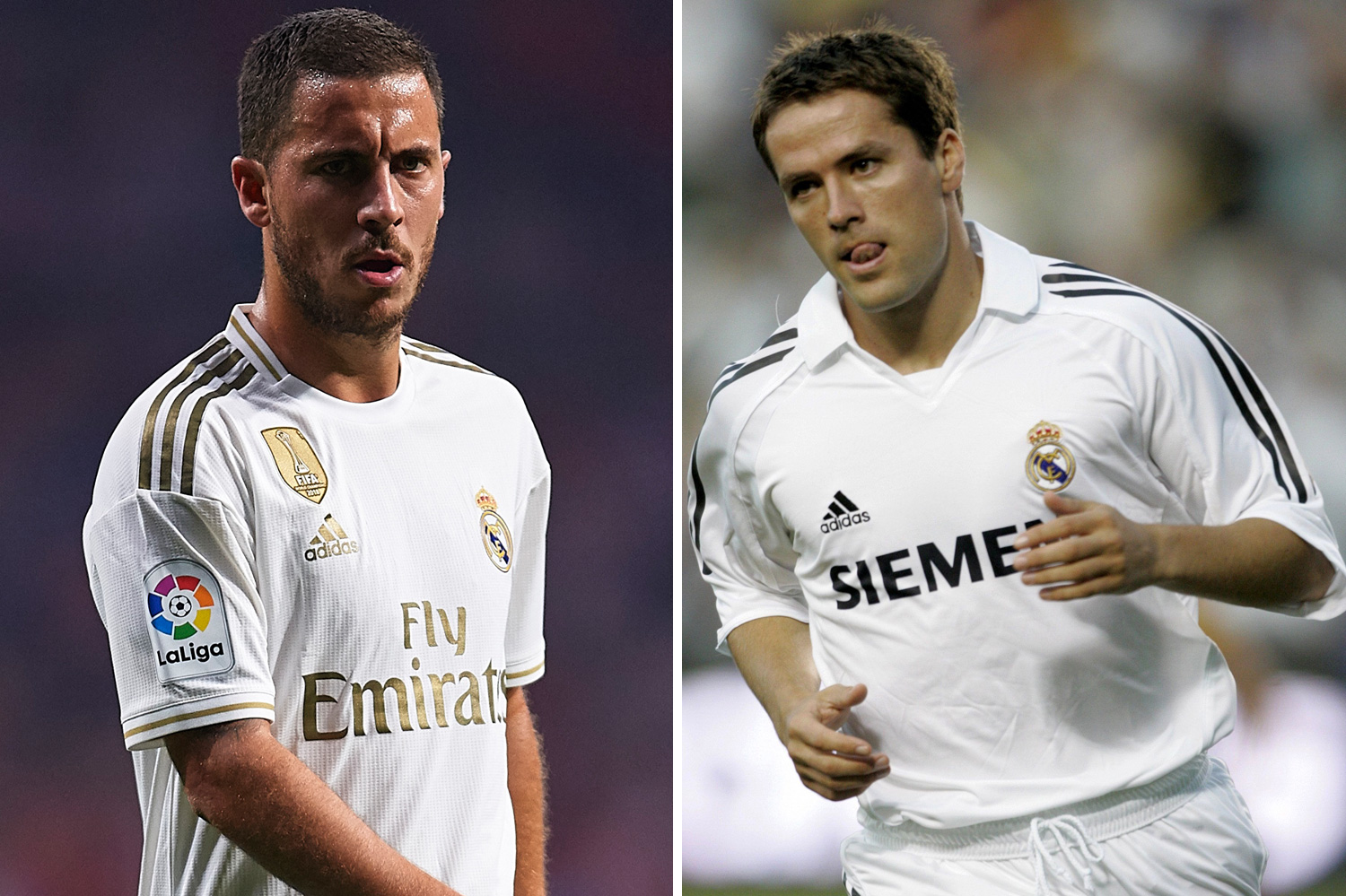 2 Hazard has been dubbed the second-worst Galactico by Marca, after Michael Owen

Hazard himself has vowed to improve, but fans of Los Blancos are already running out of patience.

The likes of now-boss Zinedine Zidane, David Beckham, Luis Figo, Ronaldo and Kaka all kicked off their Real Madrid careers with goals and assists aplenty.

But Owen failed to find the net in his opening SIX games, finally scoring on October 19 in the Champions League against Dynamo Kiev.

For now, Hazard is goalless in four games, with his fitness called into question on more than one occasion following his summer move.

And merciless fans cruelly mocked the Belgian winger on Twitter after his latest sub-par showing in the goalless draw at Atletico Madrid.

But another former Chelsea man, Thibaut Courtois, leapt to his defence, saying: "He has to find his rhythm.

"He went four or five weeks without playing and without training much.

"He’s come in during a spell of a lot of matches and will gradually improve. He will continue to grow as the team is doing."

Hazard himself claimed: "It is true that the people expect a lot from me, I also expect it.

"Personally I can do better. There will always be criticism, I am with myself.

"To be a Galactico and be the best in the world I have to prove it." 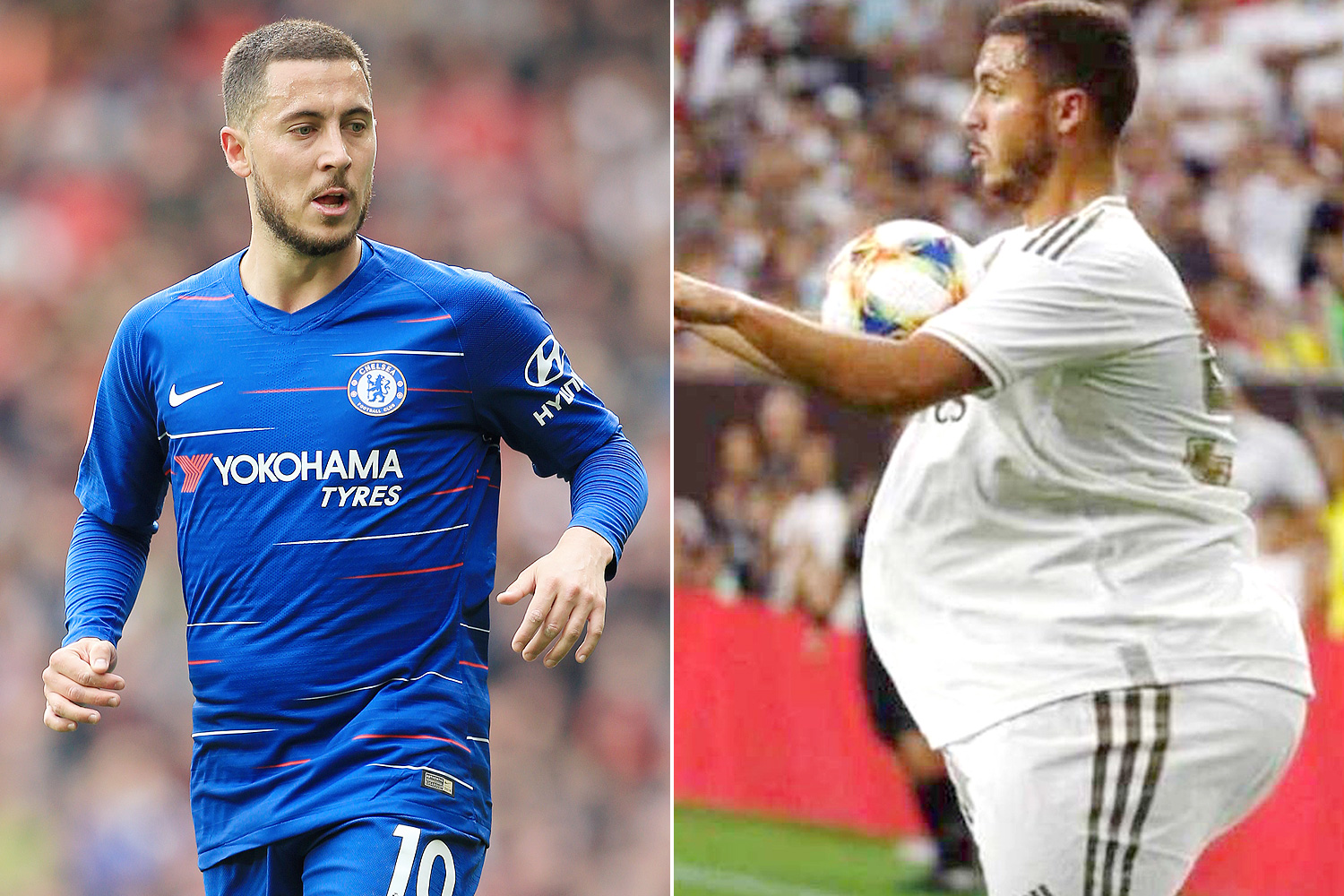 2 Fans have been cruel about Hazard on Twitter after his slow start in Madrid
MOST READ IN FOOTBALLVAR YOU SERIOUS? Ole fumes as Auba goal given by VAR after one of worst offside calls EVER Honda Replay Japanese legend Honda offers to play for Man Utd and help Ole in Twitter plea Outron Keane claims he only played with five world-class players at Man Utd KEANE TO MAKE UP Keane in rare Fergie tribute as he reveals heartache of letting him down Live BlogGUNNERS LATEST Arsenal news LIVE – Latest updates and gossip from the Emirates KEOGH KO Keogh out for 15 MONTHS with two ACL injuries after horror car crash ExclusiveKT KO'D Tierney suffers injury setback as Arsenal star withdraws from Scotland squad CommentNEIL CUSTIS All that remains of Fergie's legacy at Man Utd is the stand bearing his name ExclusiveRACE PROBE FA investigate racial abuse claims involving Leeds ace Casilla & Charlton's Leko RevealedOL BE DAMNED Man Utd in worst start to season for 30YRS with Solskjaer in big trouble

And the Belgian was given his boss' backing, with Zidane adding: "I know (Hazard) is going to succeed here.

"I'm not going to give him any advice on how to play.

"He knows what we want from him and we know the player he is.

"We all have to remain calm, I'm not worried at all.

"He needs more time, we have to be calm with the players who have just arrived."