JANUARY 18, 2015. Santi Cazorla and Olivier Giroud scored as Arsenal beat Manchester City at The Etihad. That day feels like a long, long time ago now.

It's been nearly five years now since that victory – the last time the Gunners managed to win away from home against a Big Six rival. 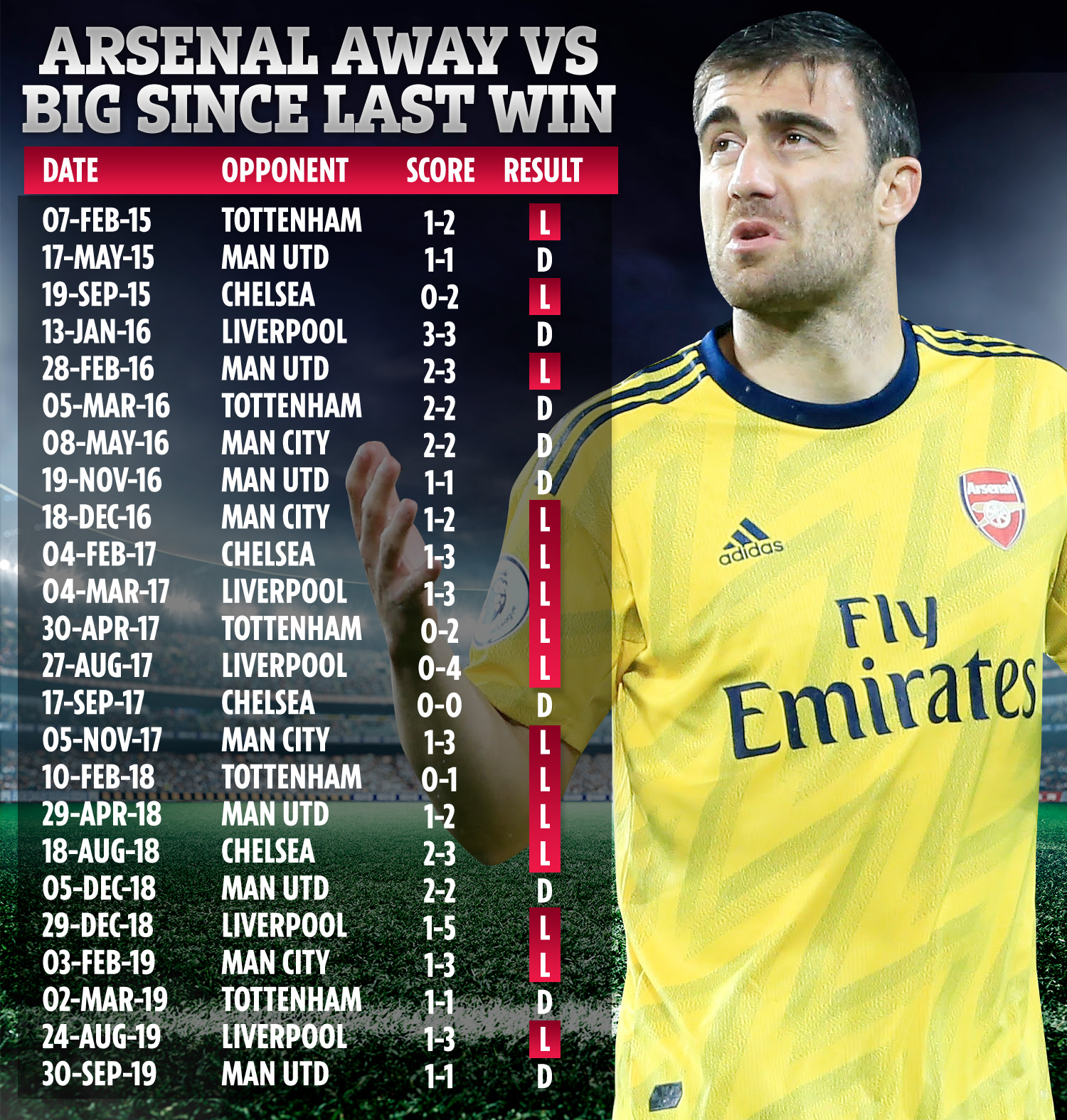 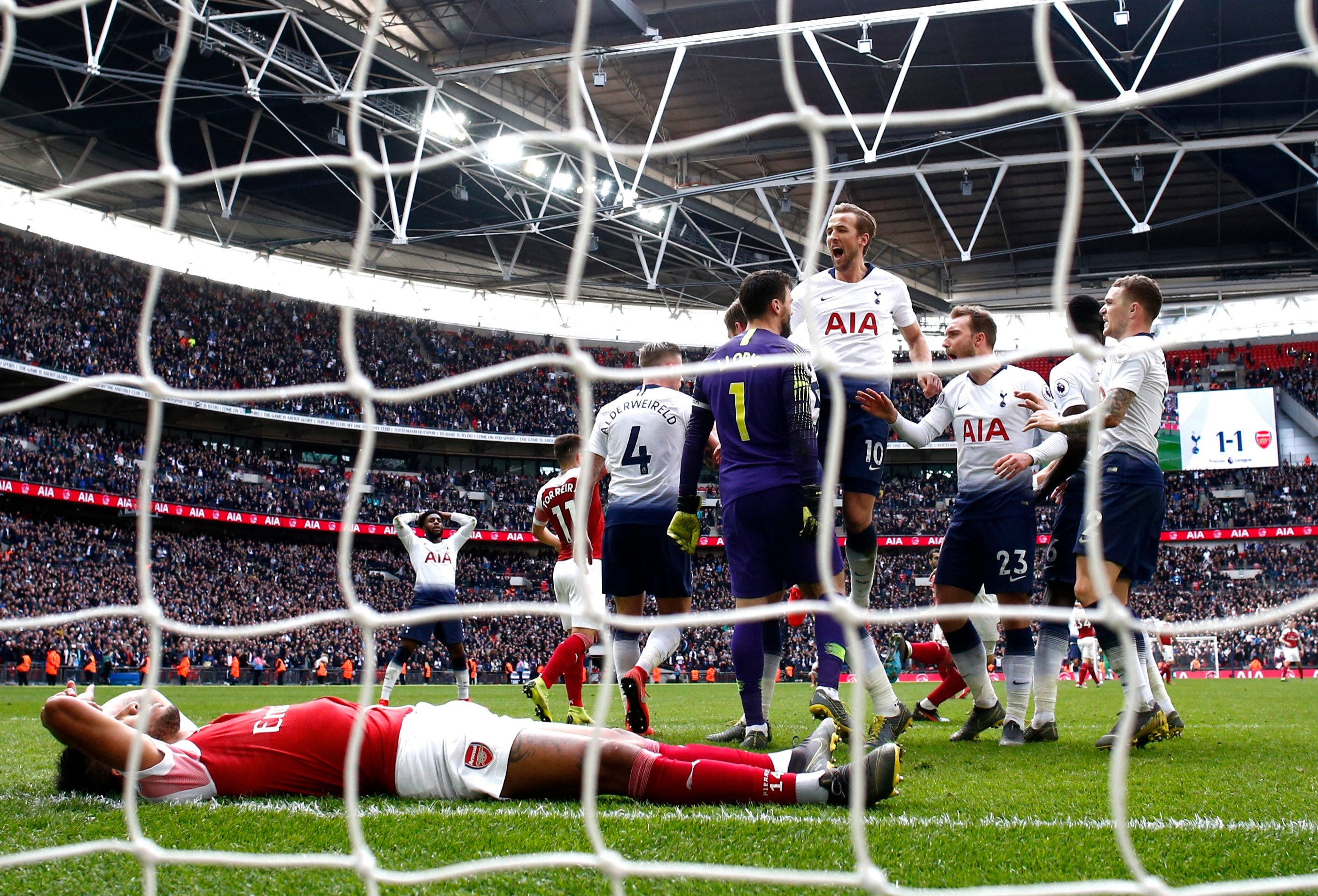 3 Arsenal haven't beaten any of the Big Six since 2015, including losses at SpursCredit: Getty

Since beating City – then under Manuel Pellegrini – Arsenal have drawn nine and lost 15 of their 24 matches away to elite opposition.

On top of that, the North Londoners have scored a mere 26 times – conceding 54 in the process – with just ONE clean sheet.

Unai Emery's Arsenal could only muster a disappointing 1-1 draw at Manchester United on Monday night to extend the run.

The result left the Gunners fourth in the Premier League – still a staggering nine points behind league-leading Liverpool.

But what's more worrying for Gooners is the lack of ability to truly compete with the Big Six – particularly on the road.

In truth, a draw against a top six rival away from home is never really a bad result.

But the game against Man Utd will hurt Arsenal – because Man Utd are hardly playing like a "Big Six" team.

They're barely playing like a Premier League time, in reality.

Two draws and three losses at arch-rivals Tottenham is a sickening fact for a fan-base used to being North London's No1 for so long. 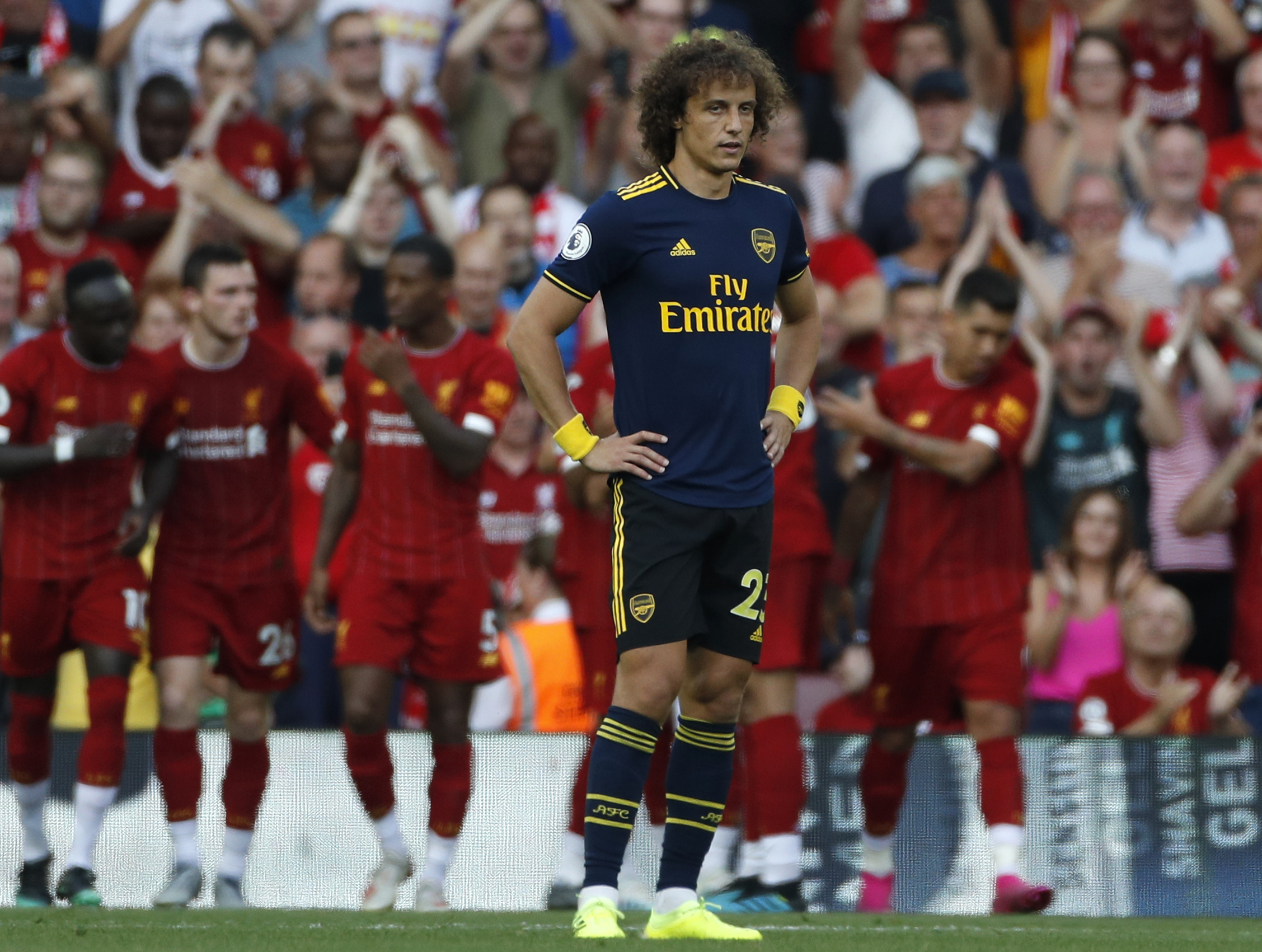 3 Arsenal were thumped by Liverpool at Anfield earlier this seasonCredit: AP:Associated Press

Fortunately for Arsenal, they've got two of their five games away to Big Six opposition out of the way already, losing to Liverpool as well as this week's draw with Man Utd.

And they'll have to wait a while in their bid to get over the hex too, with their next such game away to Chelsea on January 22.

Arsenal travel to Man City on February 29, before competing in another hot North London derby on April 25 to conclude their season's travels to their table-topping rivals.