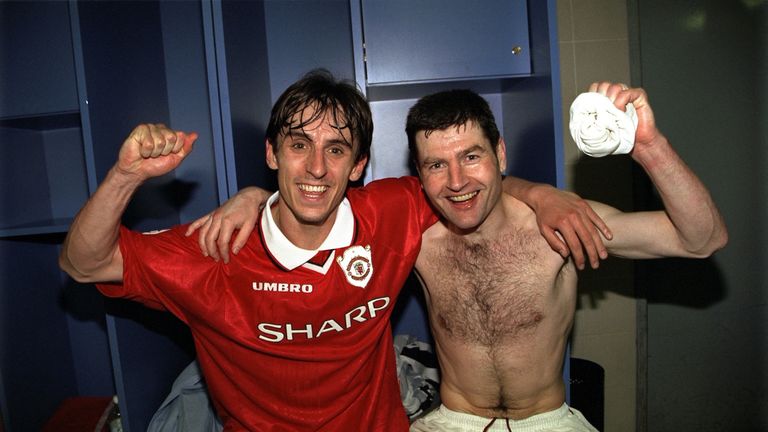 Jamie Carragher picks his ultimate Manchester United and Arsenal combined XI and, controversially, there is no room for Gary Neville.

The two teams were the main Premier League title rivals in the early 2000s and their meetings remain two of the most-anticipated fixtures of the season.

Ahead of the Old Trafford showdown between the clubs on Monday Night Football, Carragher sat down with host David Jones to debate and select the best XI from both teams in the Premier League era.