James Harden and Russell Westbrook have joined forces with the Houston Rockets but questions abound over the dynamic All-MVP backcourt.

Juiced by yet another epic and, on some levels, historic season by James Harden, the Rockets amassed 50 wins, reached the playoffs and were denied (again) by the Golden State Warriors.

As in 2018, this ouster was met with a high degree of frustration. The year before, Houston lost Chris Paul to a hamstring injury late in the series and fell in Game 7 of the Western Conference finals. This time, the Rockets were unable to beat a Golden State team that clinched the series in Game 6 without Kevin Durant (who was injured in Game 5 of the series), a cold slap of an ending to Houston’s realistic Finals hopes. 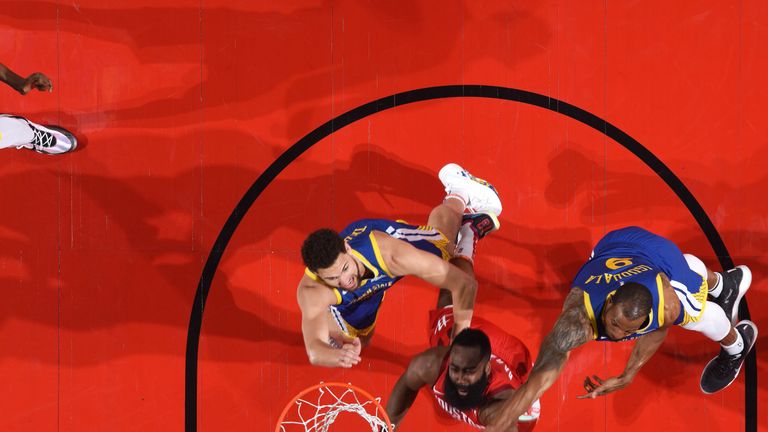 In one of the NBA’s all-time best offensive seasons, Harden averaged 36.1 points per game and revived Houston’s season, while Paul was on the mend from yet another injury. Harden scored 30 or more in 32 straight games, scored 50 or more nine times and had two 61-point games.

He was a singular force with the ball and did not show any wear in the post-season. Unlike Paul, Harden was a symbol of sturdiness and strength, averaging 36.8 minutes per game in 78 games played. 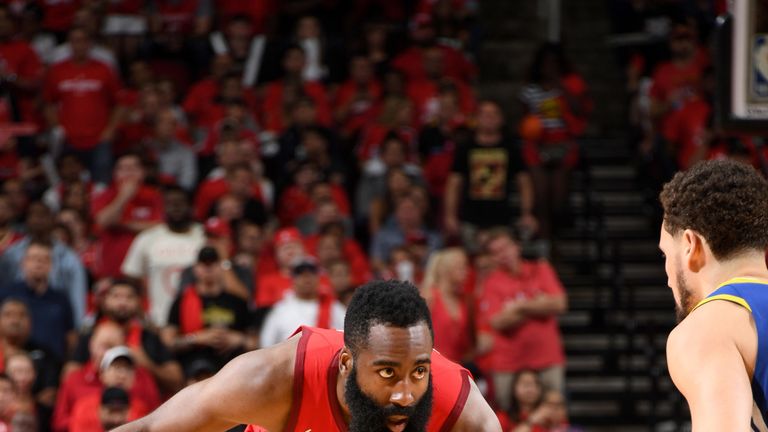 Paul played only 58 games, although when healthy he was respectable (8.2 assists per game) and at times looked like an All-Star. However, his customarily high level of play dropped a few floors. Eric Gordon played solid enough to earn a max extension, and Clint Capela gave the Rockets a front-line weapon at both ends.

The Carmelo Anthony experience folded after 10 games, but Houston got supporting help from Austin Rivers and PJ Tucker (who was noticeably effective in the playoffs). Another effective-yet-disappointing year was unacceptable to ownership and, quite honestly, the locker room as well.

When he purchased the Rockets for $2.2billion a few years ago, owner Tilman Fertitta was a reasonable and patient man. He pledged his faith in GM Daryl Morey, sung the gospel of Harden and thought the world of Paul. But everyone has their limits and Fertitta was clearly discouraged by the manner and speed in which the Rockets were bounced last season.

Something had to be done and a big opportunity presented itself. When Kawhi Leonard signed with the LA Clippers and convinced Paul George to request a trade from the Oklahoma City Thunder, it led to Westbrook being available.

While this was happening, Harden and Paul were having relationship issues, or at least that was the word in Rockets’ circles. Just two years earlier they were thrilled to be team-mates and even made commercials together. Now, they were on the outs. It bears repeating that Harden and Westbrook are tight and respectful of each other’s accomplishments because this will be worth revisiting if this attempt to help Harden win a ring fails like the others. Speaking at Houston Rockets media day, Russell Westbrook said he and team-mate James Harden know what it takes to win the NBA championship

That relationship is the selling point, because, based purely on styles of play, this appears to be major clash. Both players need the ball, perhaps more than any two players in the NBA right now, if not in history. They are high-usage talents, meaning, they work best when creating opportunities for themselves or team-mates and neither can happen if they are playing off the ball. Westbrook has never done that in his NBA life and Harden only did so briefly as a youngster with OKC.

Harden gave the trade his blessing, and once the deal was done, both players said all the right things – if anything, they scolded any observers who dared to raise the obvious. Can it work? Well, sure, but it will take some concessions by both players, and coach Mike D’Antoni must change (if not overhaul) his system in order to accommodate this duo. 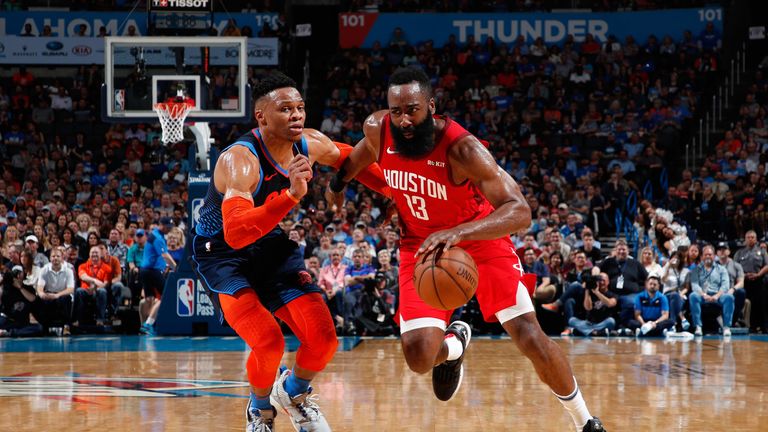 Meanwhile, the Rockets are somewhat on the clock. It is not to say that Harden and Westbrook are approaching their sunset years, but the chances of playing for a title are increased if the two players click sooner than later.

There is also a question of what Westbrook has left. His efficiency and three-point shooting faded last season. Will defenses respect him when he is left open in Houston? 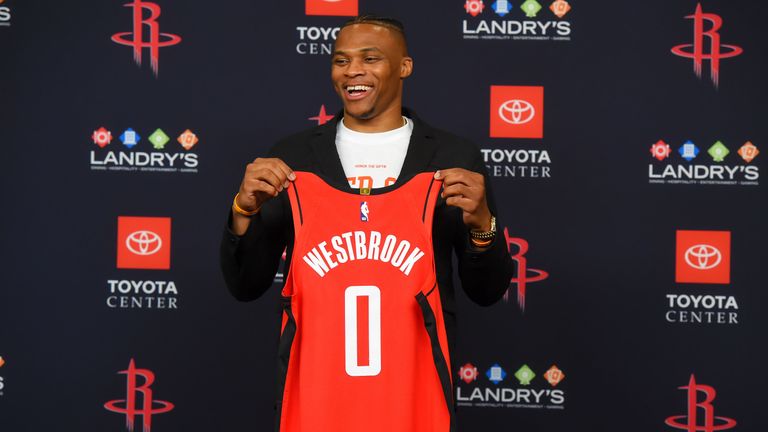 Take a behind-the-scenes look at the Houston Rockets’ introduction of Russell Westbrook.

Westbrook at least appears to have more in the tank than Paul, which was another reason the Rockets were anxious to make this swap. For all of his explosiveness, Westbrook is rather durable and dependable; the same cannot be said of Paul as he approaches his mid-30s.

Westbrook was sad to leave OKC, the only team he had ever known, a city that embraced him and a franchise that gave him a supermax contract. Now he is going to a new team where the demand for June basketball will only increase.

The last time he and Harden were team-mates, they did play in June, where they lost to LeBron James and the Miami Heat in the 2012 Finals.

Can they make a triumphant return together? Given all they have accomplished – MVPs, scoring titles, triple-doubles, All-Star appearances – they are certainly due.

A championship is all they are missing.