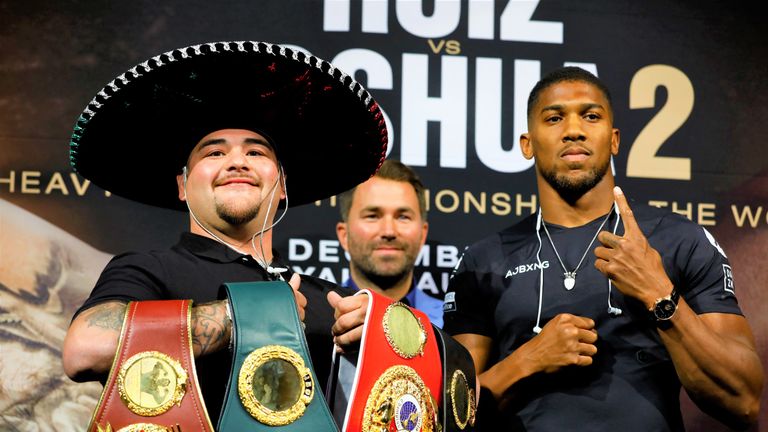 Deontay Wilder will be waiting to find out the winner of the Anthony Joshua-Andy Ruiz Jr rematch before committing to a second fight with Tyson Fury, says promoter Eddie Hearn.

Joshua’s second world heavyweight title fight against Ruiz Jr will be held in Saudi Arabia on December 7, live on Sky Sports Box Office, while WBC champion Wilder has announced his own rematch with Luis Ortiz in Los Angeles on November 23.

But Matchroom Boxing boss Hearn has raised doubts about whether Wilder will finalise another WBC title defence against Fury, with a string of lucrative fights at stake following Ruiz-Joshua II.