PAUL SCHOLES rolled back the years as he pulled off an outrageous flick during Vincent Kompany's testimonial match.

The Manchester United veteran dusted off his boots to play for the Premier League All-Stars against Manchester City legends. 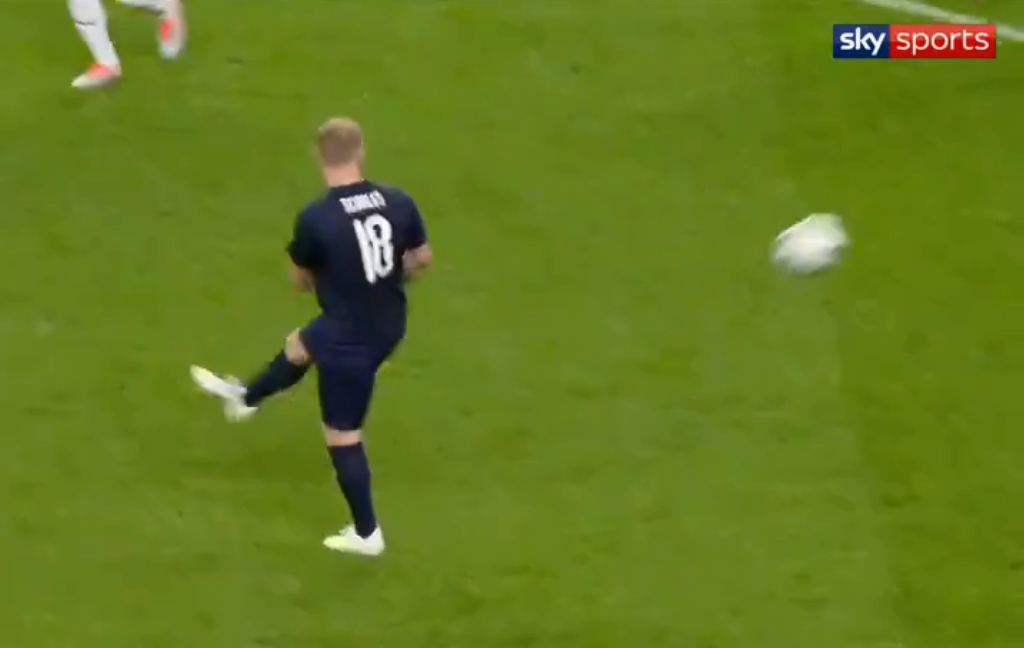 Scholes proved he's not lost his touch as he produced a moment of magic in the second half of the clash at the Etihad.

After he received the ball from Mikel Arteta, the 44-year-old pulled out on a nonchalant backheel in the middle of the pitch.

The ball glided into the path of Robin van Persie, but the ex-Manchester United star could not make the most of it.

Nonetheless, fans on Twitter have labelled it as "the pass of the season".

One stunned viewer said: "I can't get my head around this pass from Paul Scholes tonight.

While one said: "Paul Scholes just produced the pass of the season in a Testimonial. Unreal baller."

Another added: "Could watch Paul Scholes pass all day long."

He sees things that other people don't! 🙌

But not every ex-Manchester United star was able to prove they had not lost their touch during the match.

Gary Neville made a monumental mistake in the first minute to gift their opponents an early lead.

The Old Trafford legend failed in his attempt to play the offside trap before he tried to pass the blame onto team-mate Jamie Carragher.