GARY NEVILLE was back on familiar territory tonight as he slotted in at right-back – but there was an unfamiliar outcome in the very first minute.

Neville was named in the Premier League Legends XI to take on a Man City side in Vincent Kompany's testimonial game at the Etihad. 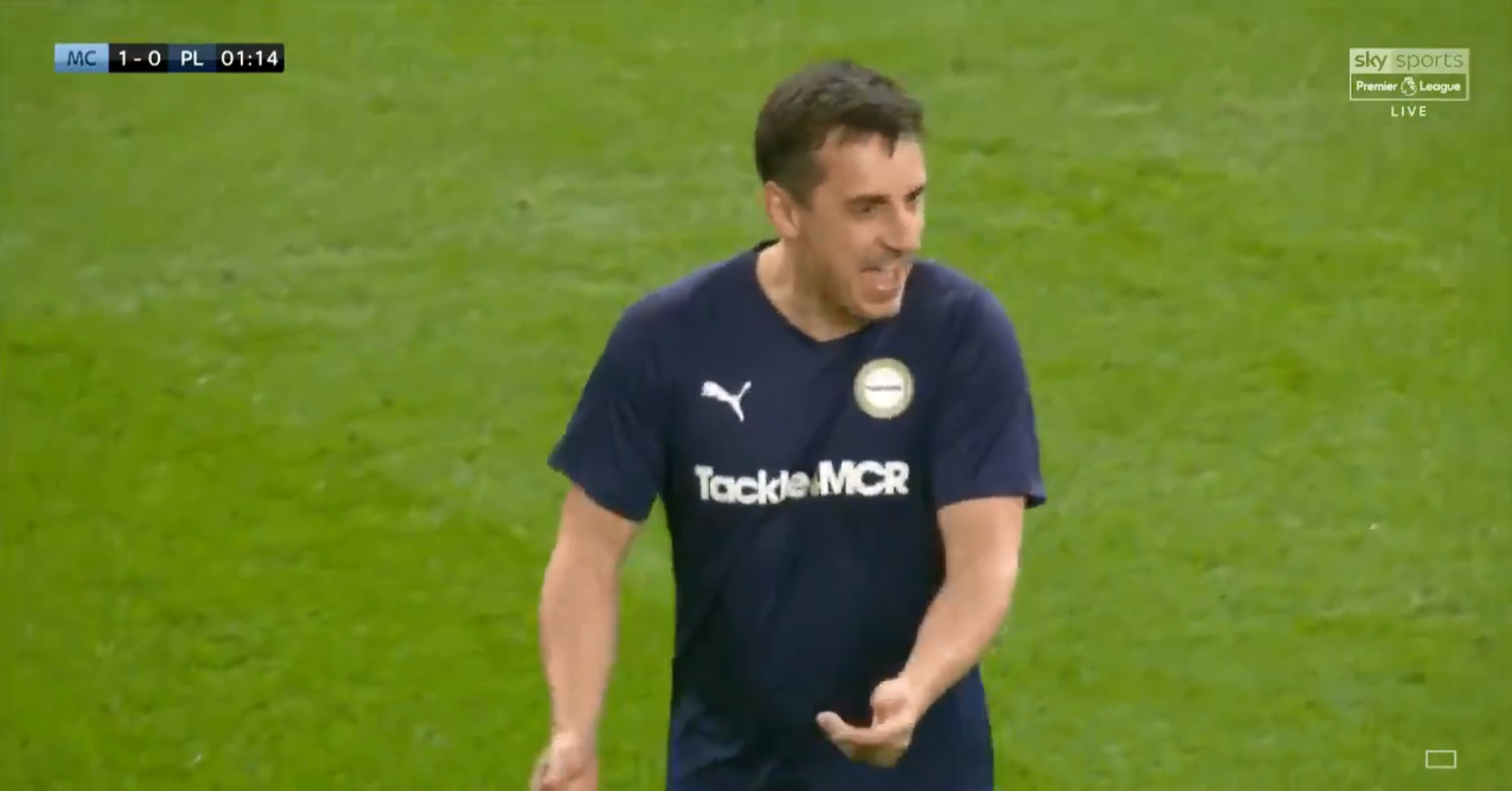 2 Neville was quick to find someone to blame after conceding

The former Manchester United full-back was booed from his very first touch and it went downhill from there.

Neville found himself defending just inside his own half and chose to close down former England team-mate, neglecting to track the run of Martin Petrov.

Cole found the Bulgarian with ease, who sprinted through to open the scoring with just 60 seconds on the clock.

Neville then decided to blame team-mate Jamie Carragher for not stopping Petrov, a conversation that will surely be revisited when the pair return to their day jobs as Sky Sports pundits.

🎙 – "Gary, Gary, Gary – what on earth are you doing!?" 🤣@GNev2 loses his man early on and Manchester City's legends have the lead through Petrov!

But Carragher got his own back in his post-match interview with Sky Sports reporter Geoff Shreeves.

Carragher said: "He gives a goal away in the first minute, pulls his hamstring and then after he goes off – we're fine! We were in total control after he went off.

"You've got to go with your runners, haven't you? How many times do you hear Gary Neville say that on Monday Night Football?"

Neville also drew some criticism on commentary in the immediate aftermath of the goal.

Co-commentator Andy Hinchcliffe said: "Gary, Gary, Gary what on earth are you doing? How many times do we criticise defenders for ball-watching?

"I think Gary Neville is maybe worried about a lack of pace but what on earth he's doing stepping up I don't know."

Fans on Twitter also enjoyed the irony of professional pundit Neville making a mistake live on TV and then fighting with Carragher about it.

One fan begged: "I hope these commentators go in on Neville and Carragher. Give them a taste of his own savage commentary."

Another pointed out that the City forward line was always likely to be too much for the two retired defenders to handle. 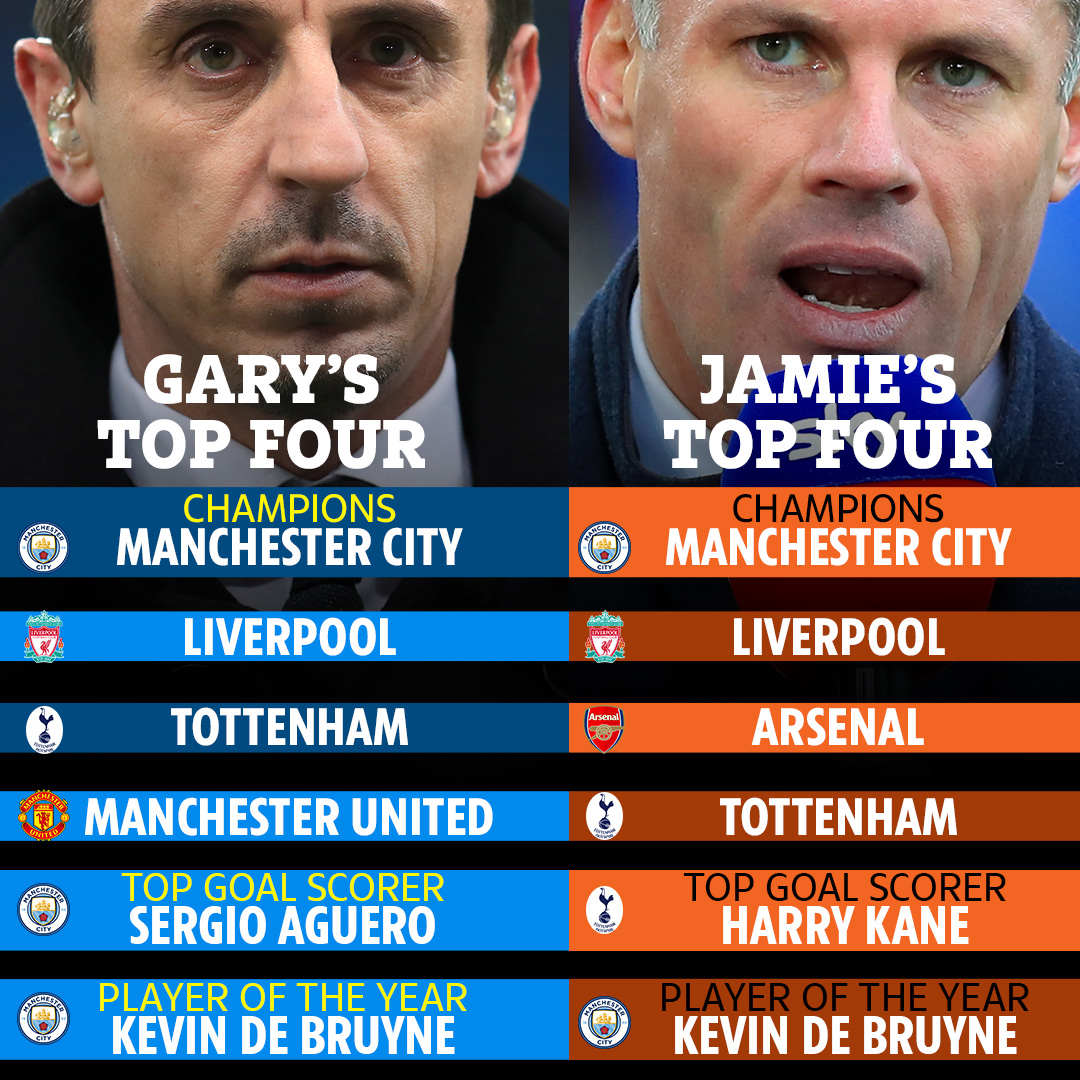 And a third quite fancied giving some of the current players the chance to get their own back.

A user going by simply Beth said: "Scenes when Paul Pogba appears at half time with a touch screen board and spends 40 mins dissecting everything Carragher and Neville does wrong."