ENGLAND stars will consider walking off the pitch if they are racially abused in Bulgaria next month.

FA chiefs are set to hold talks with players before they travel to Sofia — and are prepared to back them if they want to leave the field over racial taunts. 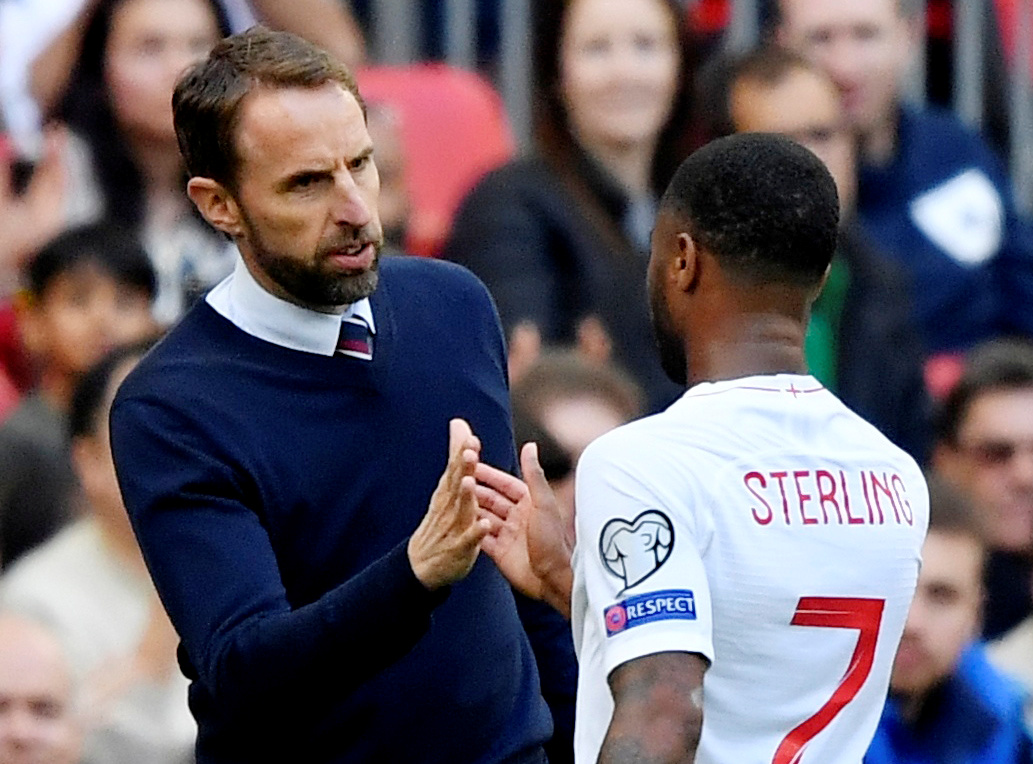 2 Gareth Southgate fears his England stars could be racially abused in BulgariaCredit: Reuters

A Bulgaria fan was chucked out of Wembley on Saturday after a steward overheard alleged racist abuse directed at Raheem Sterling.

Uefa fined Bulgaria £34,250 in 2011 when their fans abused Ashley Young, Ashley Cole and Theo Walcott during a Euro 2012 qualifier in Sofia.

Uefa also ordered partial closure of their stadium for the visit of England after being found guilty of racist chanting against Kosovo and Czech Republic in June.

Three Lions boss Gareth Southgate said: “It’s a concern. We’ve planned our schedule and will discuss it with the players before we go because we’re aware there is history there.

“We’re not confident that we’ll go there and nothing will happen.”

2 Sterling was allegedly racially abused by a Bulgaria fan at Wembley on SaturdayCredit: Getty

Sterling, a key figure in the fight against racism, is said to have been abused during the first half of England’s 4-0 win.

Met Police confirmed they arrested a man but no further action was taken.

It is the second straight qualifier in which Three Lions players have been targeted after the 5-1 win in Montenegro in March.

Southgate was left shell-shocked after the game in Podgorica but Sterling pleaded with his team-mates to ignore the abuse and play on.

Walking off remains an option and Southgate will take the lead from the most passionate voices in his squad.