AJAX are paying the price for fan disturbances on Champions League away days by being handed a measly 833 tickets for their trip to Chelsea.

Stamford Bridge welcomes last year's semi-finalists in November and it is the violence that marred the Dutch side's run that has caught up with them. 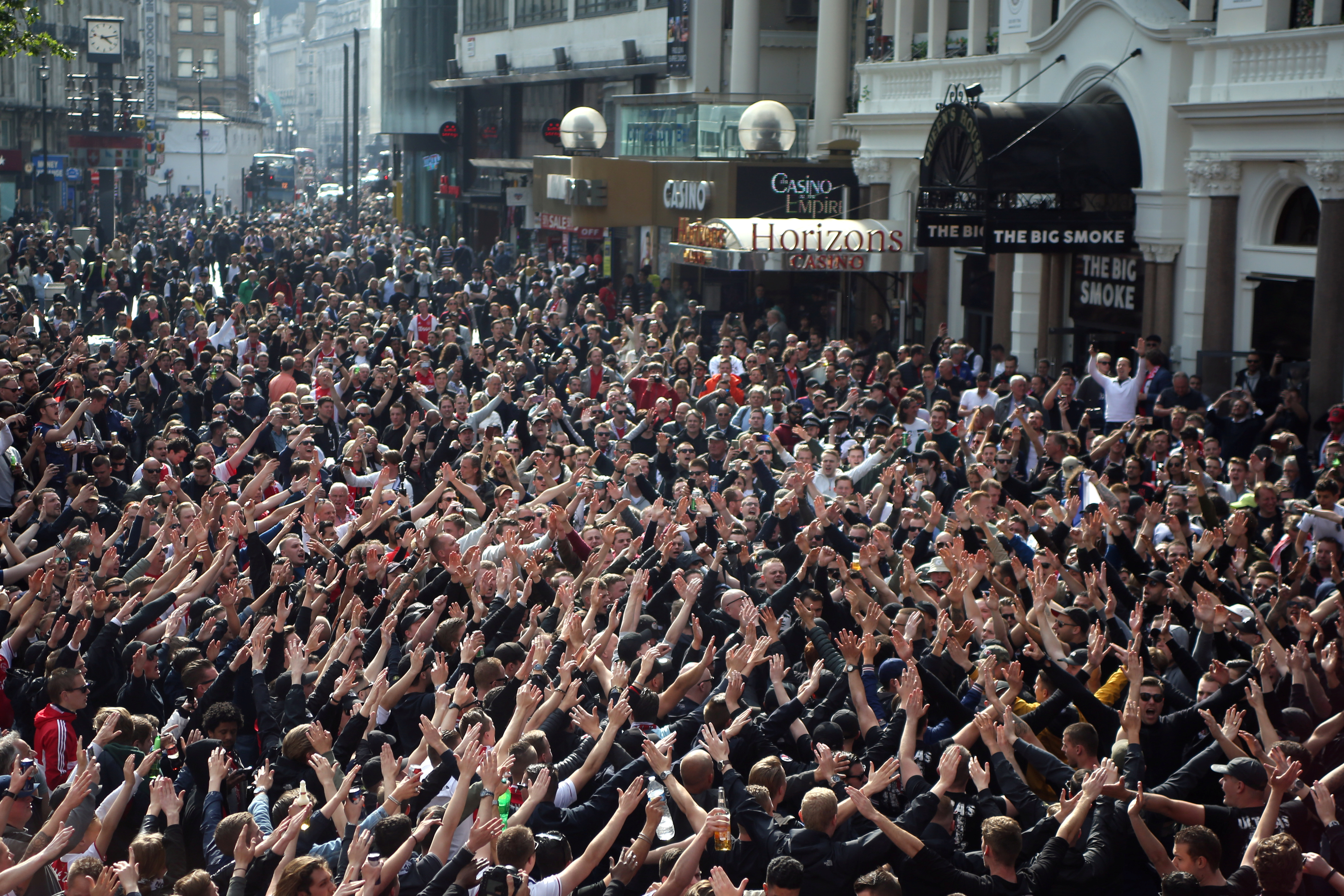 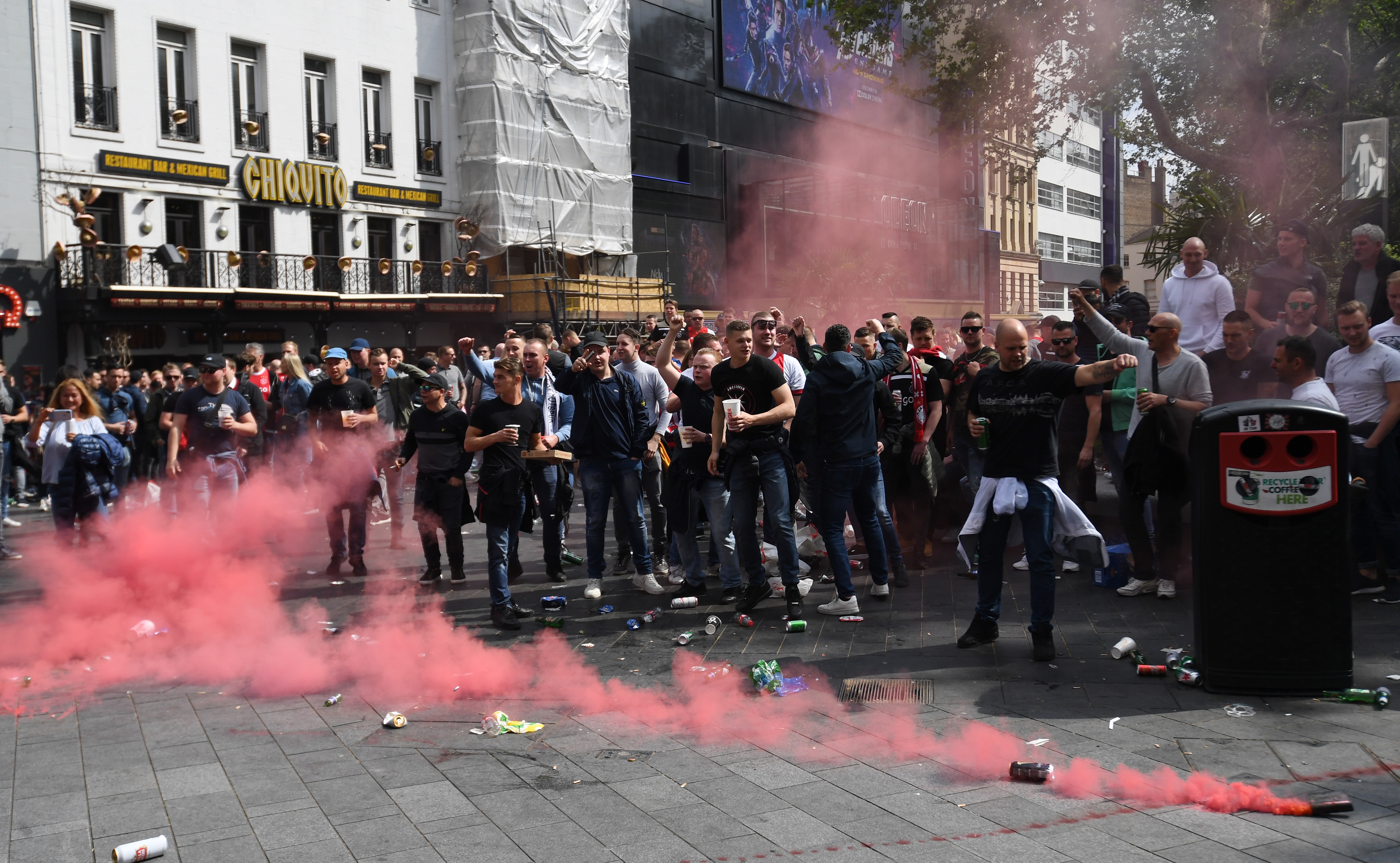 5 A number were arrested before and after the gameCredit: EPA 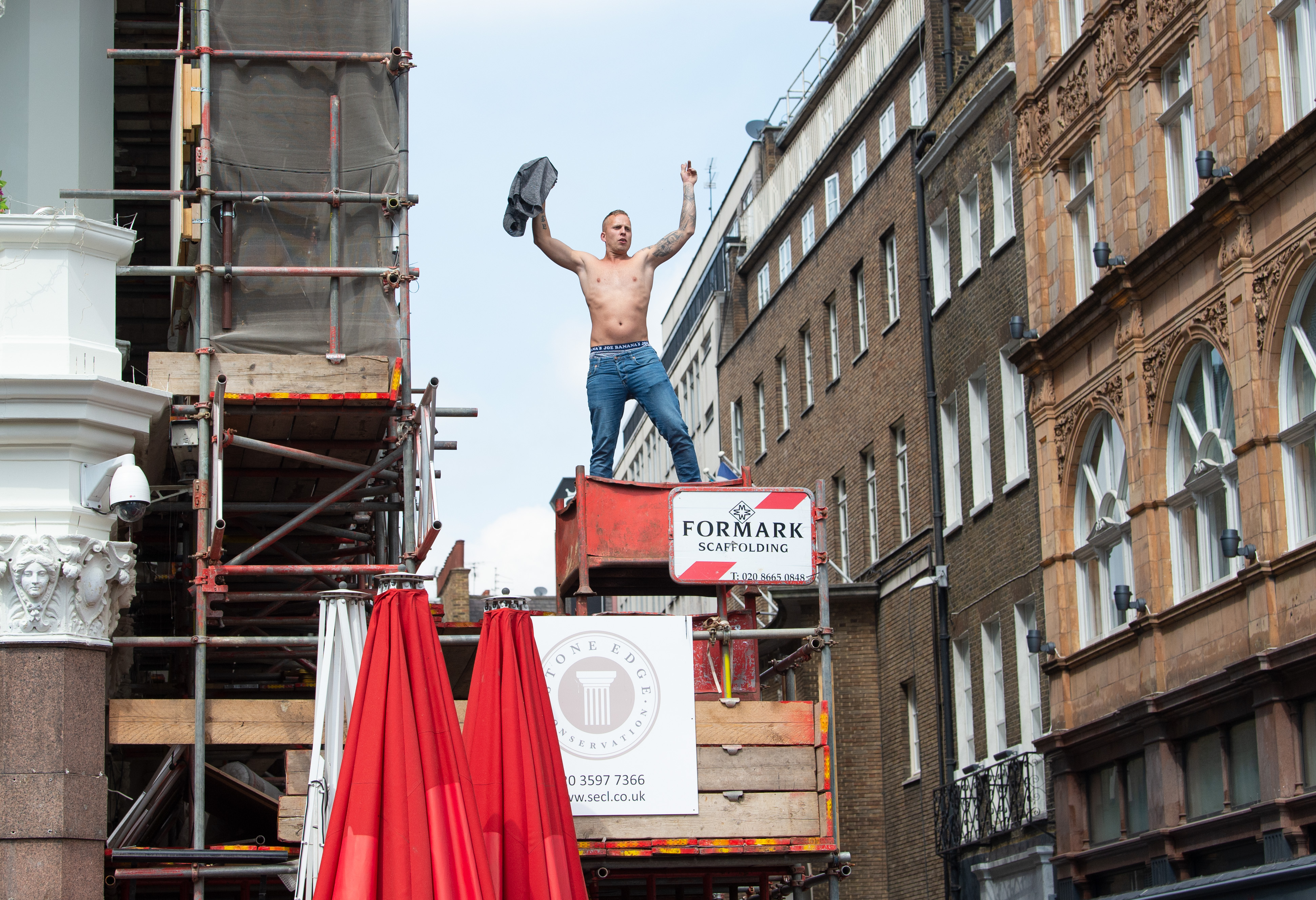 5 A man climbs atop scaffolding in the capitalCredit: Splash News

The official Ajax website stated on Wednesday that London local authorities had capped the away allocation at 833.

Chelsea typically offer around 3,000 away tickets for Champions League games, taking up half of the Shed End.

A club delegation travelled to the capital last week to discuss how supporters will be accommodated in the UK, authorities informing Ajax of their intention to limit access.

In doing so, they cited fan disturbances across Europe and "in Great Britain in particular".

The Amsterdam side's last visit to London came in the semi-final first leg win over Tottenham in April.

Nine fans were arrested and three police officers were injured after violent clashes.

Tempers flared before and after the game with visiting supporters commandeering Leicester Square as they drunk under the watchful eye of the police.

Four Ajax yobs were even jailed for 20 weeks after being charged with affray and leaving one rival fan with life threatening injuries. 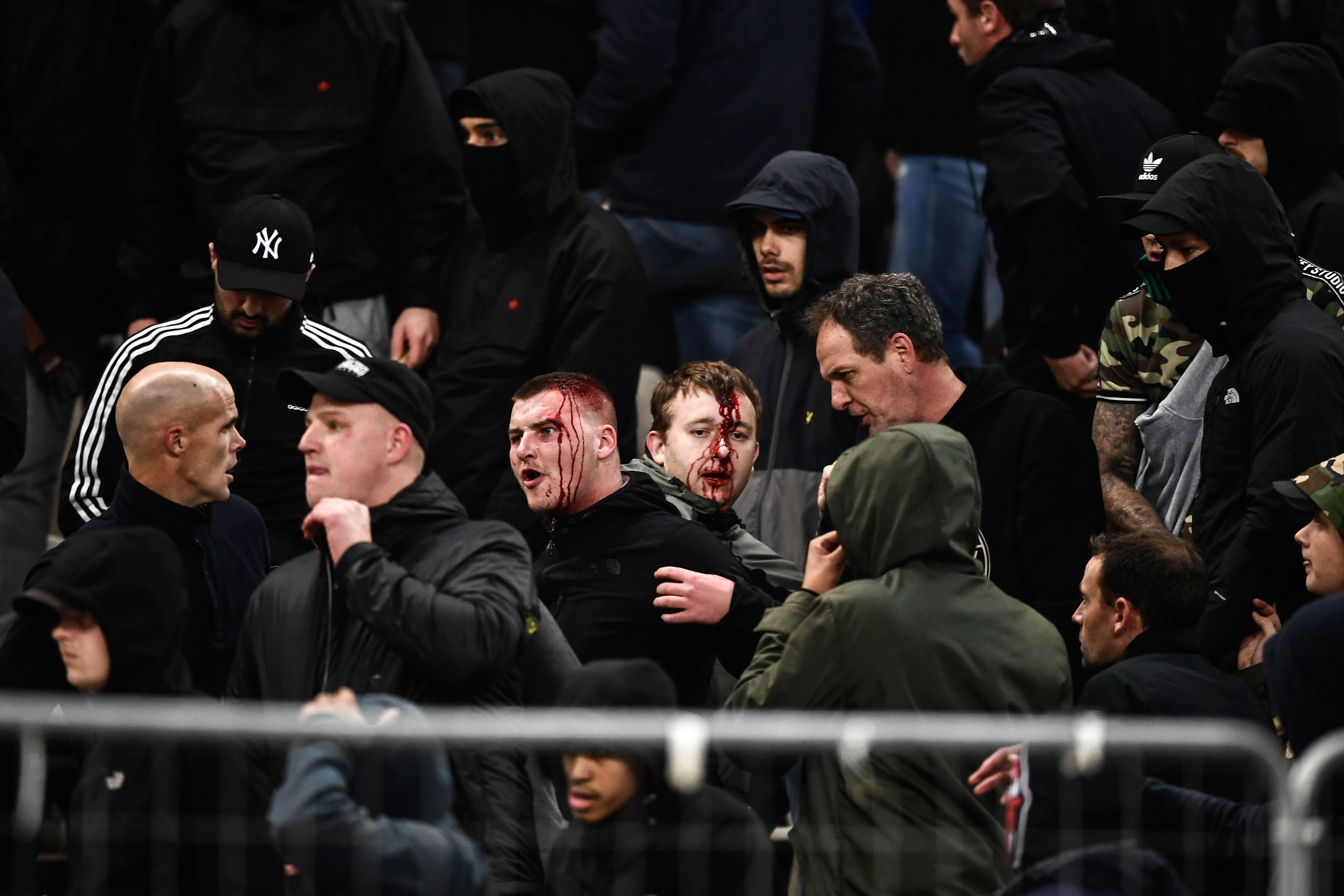 5 A group stage trip to AEK Athens led to clashes between police and Ajax supportersCredit: AFP or licensors 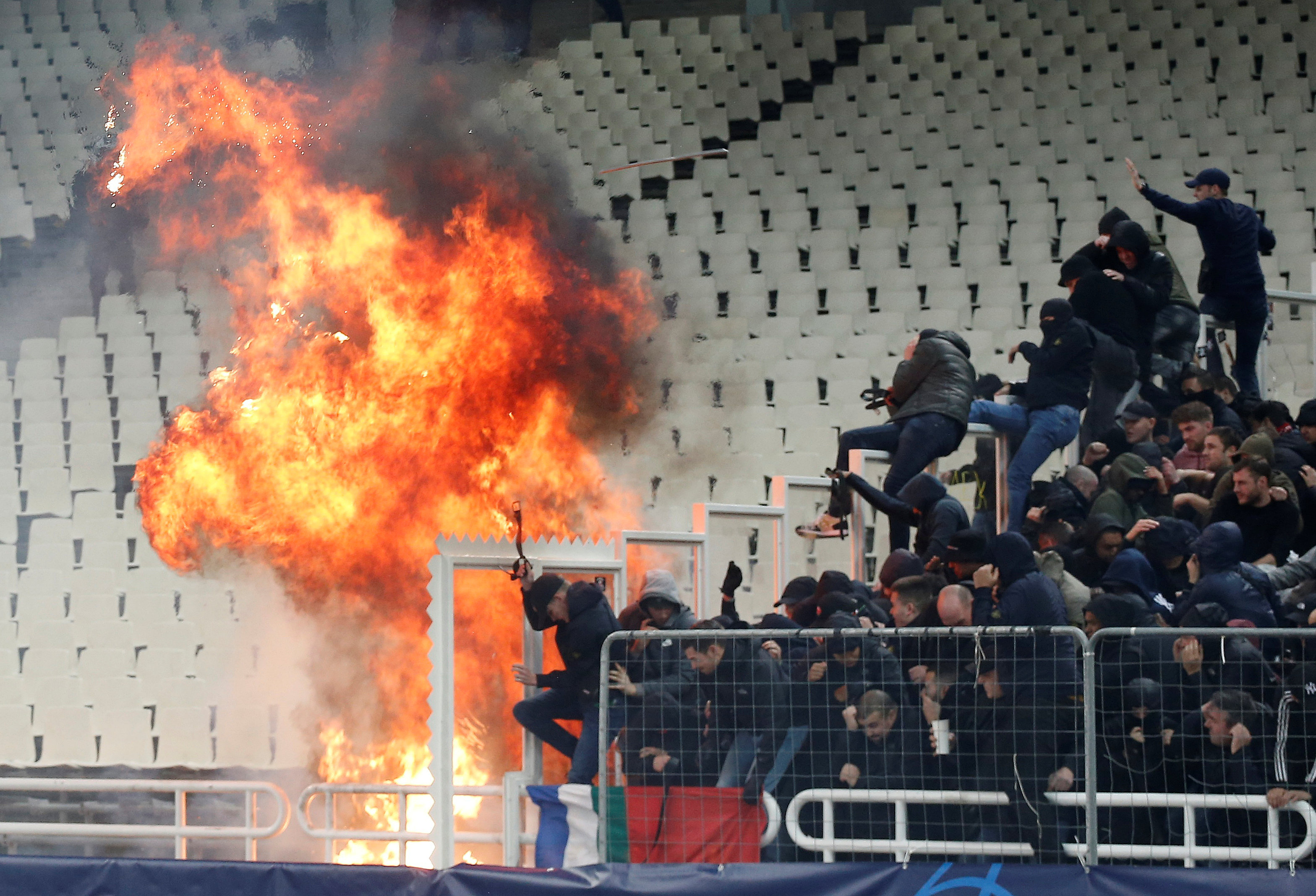 5 Greek supporters had hurled a petrol bomb at the away end in NovemberCredit: Reuters
Most Read In FootballRevealed'OVO AND OUT How Kosovo could have lined up had they not lost their best players GossipMERRY N'GO ROUND Real Madrid have Kante ‘transfer agreement' with Chelsea after summer move ExclusiveTOO FLASH Rio Ferdinand's vain fiancée is breaking WAG code by flaunting wealth 'OUR LINGARD' Arsenal fans baffled by club birthday tweet to forgotten keeper Matt Macey Exclusive'BREAK HIS LEGS' England's Danny Drinkwater beaten after trying to bed fellow player’s girl DIER SITUATION Spurs star Dier 'cries' after he finds out he's dropped a rating in FIFA 20 RevealedSOL DESTROYING How Arsenal 'broke' Man Utd last season and plunged them into long downturn PUFF DADDY Twitter meltdown as 'child' smokes at match but it's claimed he's a dad aged 36