MAURIZIO SARRI will miss his first two games as Juventus manager after being diagnosed with pneumonia.

It is understood that the Italian's condition is improving after being taken ill on Saturday. 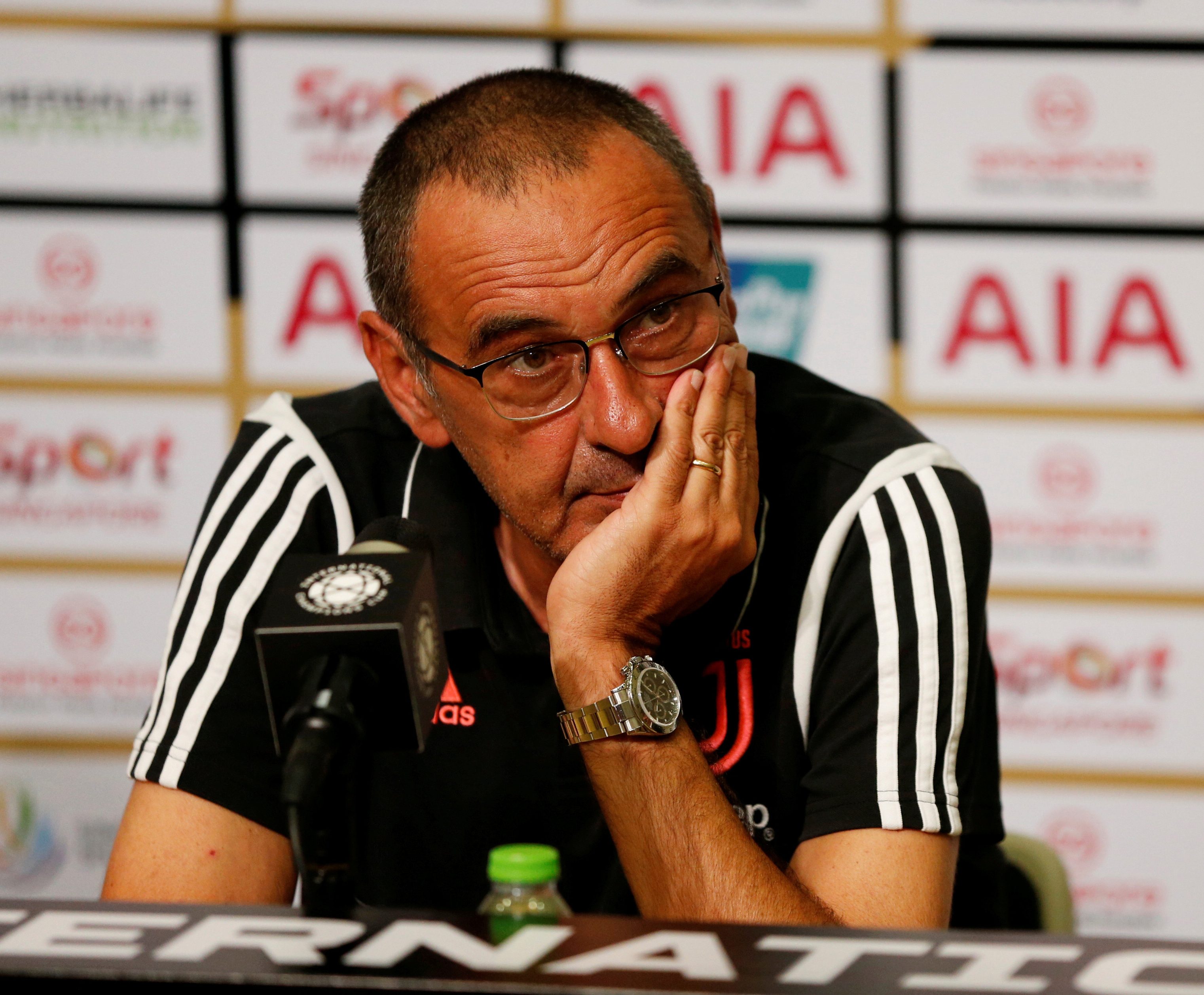 1 Maurizio Sarri is set to miss the first two matches of Juventus' season due to contracting pneumoniaCredit: Reuters

But after being unable to take training this week, he will now be unavailable for the Old Lady's Serie A opener against Parma on Saturday.

It also means Sarri, 60, must watch from afar as his former club Napoli head to the Allianz Stadium on August 31 before the international break.

Juventus released a statement to provide fans with an update on their new boss, wanting to give him as much time as possible to recovery fully.

"To completely recover from the pneumonia that hit him over the course of the past few days, the coach will not sit on the bench for the first two Serie A matches against Parma and Napoli.

"The decision was taken to allow the technician, who even today went to the JTC to coordinate work with his staff, to resume regular activity as soon as possible."

Sarri's assistant Giovanni Martusciello will take his place in the dugout.

It is not the first time Juventus have been forced to start the new Serie A season without their manager on the sideline.

In 2012/13, Antonio Conte and his No2 Angelo Alessio were serving bans after being caught up in the Calcioscommesse scandals, meaning Massimo Carrera took charge.

Ironically, that was also against Parma.

The good news for Juve, though, is that goals from Stephan Lichtsteiner and Andrea Pirlo secured a 2-0 win seven years ago.