Sky Sports and Budweiser, the official beer of the Premier League, have teamed up to bring you the weekly Power Rankings.

Norwich striker Teemu Pukki has toppled Raheem Sterling in the Power Rankings chart – but who else made the top 50?

The Finland international broke the deadlock against Newcastle with a sensational volley before completing his hat-trick to secure the 3-1 win – having opened his Premier League account against Liverpool. 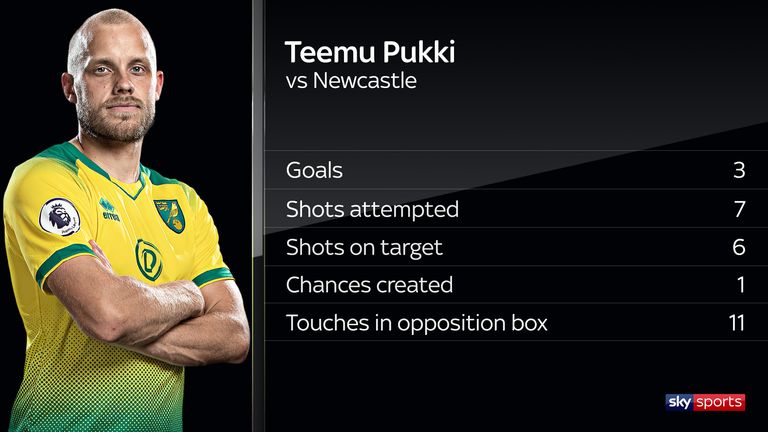 Sterling slipped into runner-up spot after heading home a sumptuous Kevin De Bruyne (No 7) cross, before Erik Lamela (No 4) levelled the scores three minutes later in a 2-2 draw with Spurs.