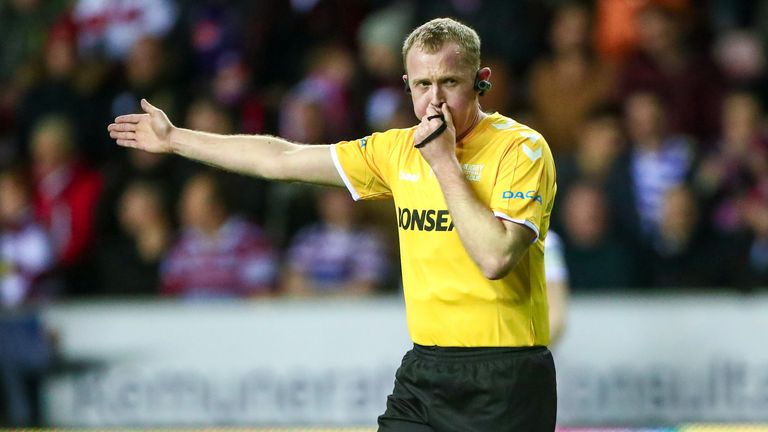 Robert Hicks will take charge of the Challenge Cup final for the second year in a row after being named referee for Saturday’s clash between St Helens and Warrington Wolves.

Saddleworth-based official Hicks officiated last year’s final between Warrington and Catalans Dragons, which saw the French side secure a historic triumph at Wembley.

Marcus Griffiths and Liam Moore have been chosen as the touch judges, while fellow Super League referee Ben Thaler will serve as the video referee.