There’s been nobody quite like Frank Lampard since he left Chelsea in 2014. 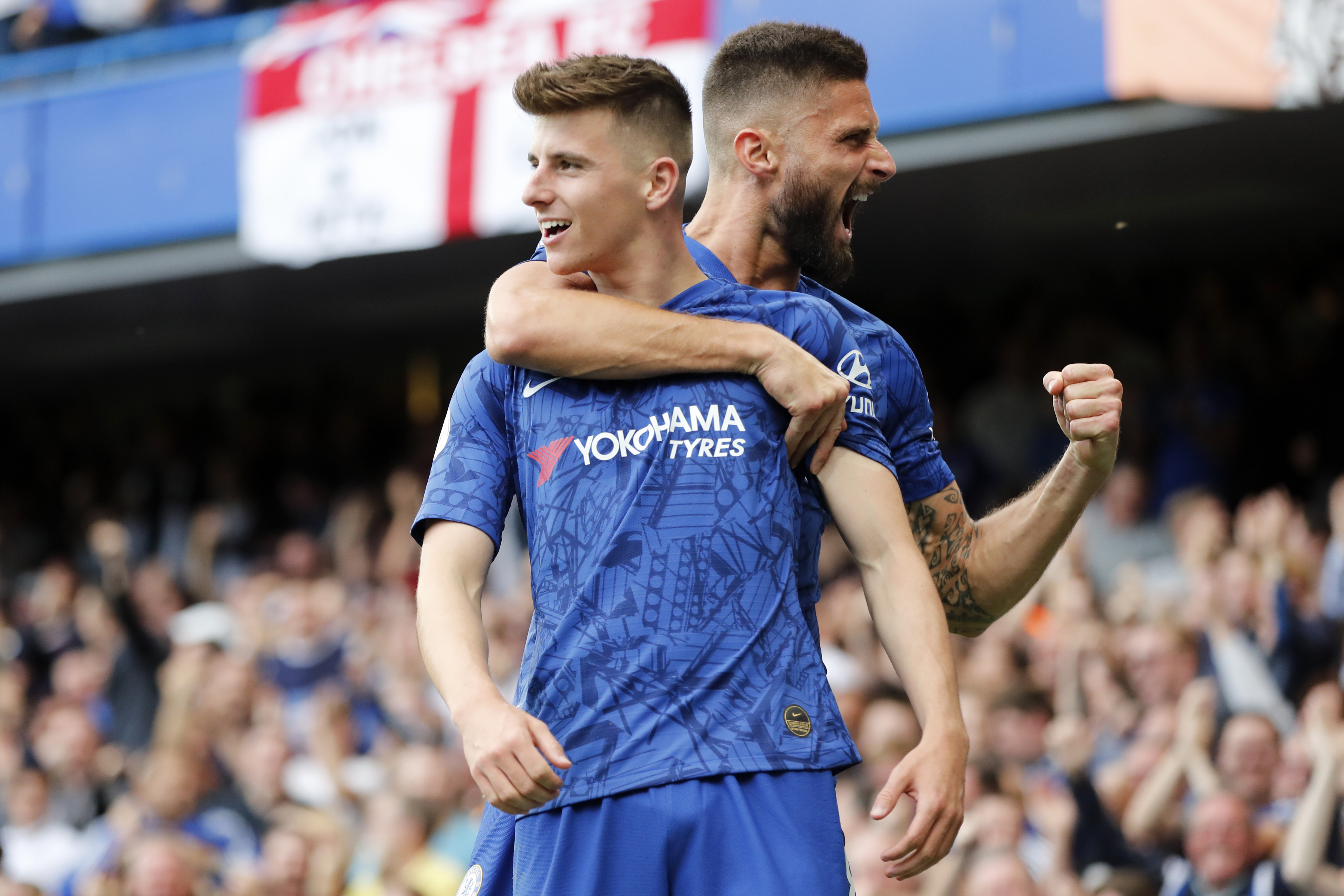 1 Mason Mount scored his first goal for Chelsea against Leicester and showed he can be the new Frank LampardCredit: AP:Associated Press

Whizkid Mount made remarkable leaps in his development under Lampard’s guidance at Championship outfit Derby County.

But based on his first three games for Chelsea, there’s every chance the 20-year-old can emulate Super Frank’s success at Stamford Bridge.

Cheered on by a buoyant home crowd, Mount was at the epicentre of some blistering Chelsea attacks on Leicester’s goal in the opening moments of Sunday’s Premier League clash in the capital.

Given full freedom to attack with N'Golo Kante and Jorginho providing cover, Mount charged at Brendan Rodgers’ vulnerable defence with real intent to electrify the Bridge within a matter of minutes.

Indeed, Mount needed just seven to send the crowd into raptures with a fine strike under pressure.

Lampard has upgraded Sarriball with some much-needed energy.

And Mount reaped the rewards of his manager’s high-pressing game by closing down Wilfried Ndidi on the edge of his own box at lightning speed.

Mount then wriggled and wormed his way clear of the midfielder, who failed to take him down even with a rugby-inspired grab.

And Kasper Schmeichel was left floundering at thin air as Mount’s resulting shot zipped across the face of the goal and into the bottom-left corner.

Lampard was always one of the main goal-getters during his time at Stamford Bridge.

And with plenty of years left to go before he even gets near his peak, Mount is showing he has the potential to become Chelsea’s very own Super Mason.