The Portuguese, 22, banged in a hat-trick when Wolves beat Leicester 4-3 in January, with Maguire lining-up in central defence for the Foxes. 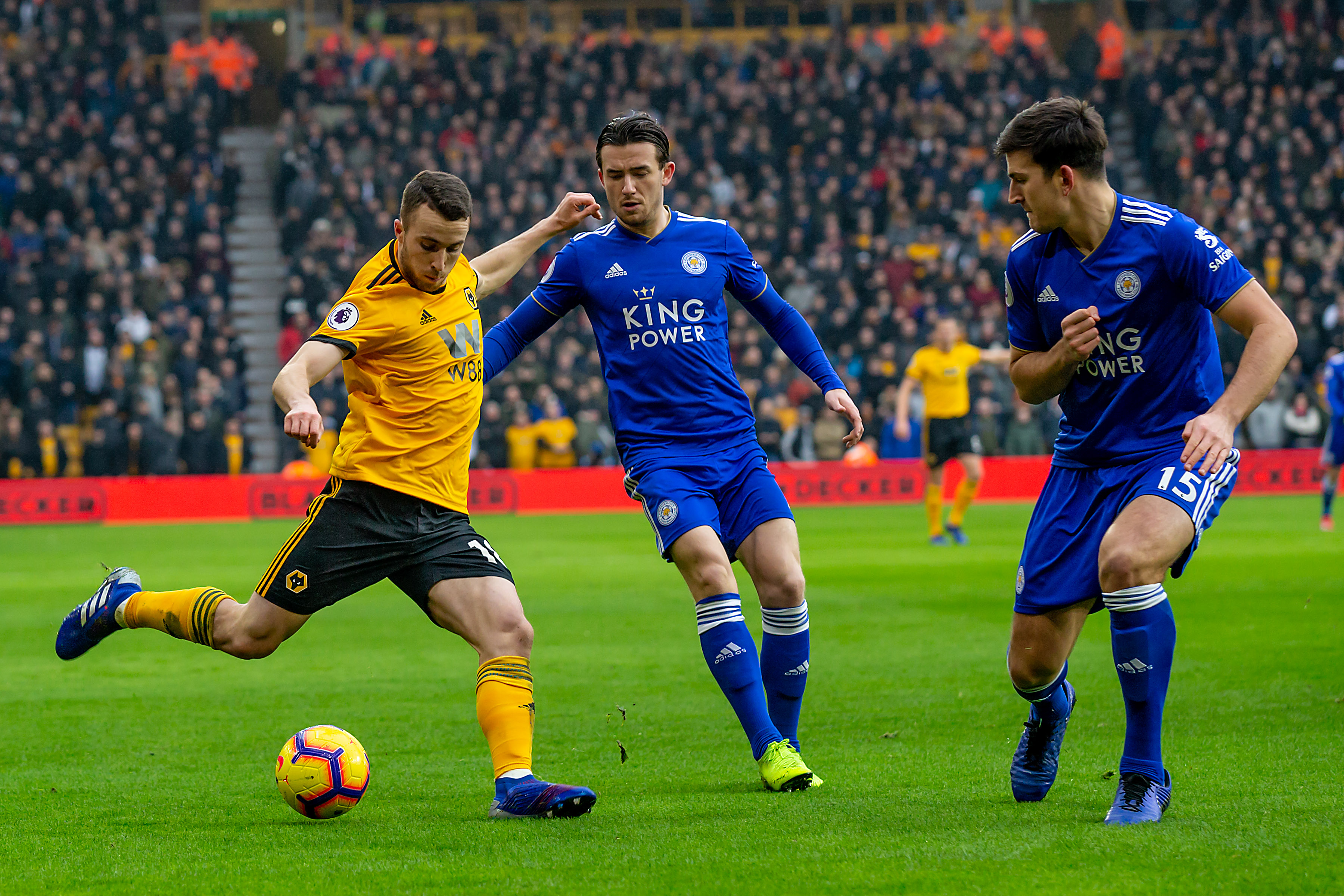 So would the forward swap the £85million defender he will face again tomorrow for any of Wolves’ tried and trusted trio of centre-backs — Conor Coady, Ryan Bennett and Willy Boly?

Jota said: “That is some question! I think Harry Maguire has a lot of quality but I know the players we have in our team and I trust them more than Maguire.

“The market is unreal now in my opinion.

“But it’s nothing to do with me, it’s to do with the clubs and the moment we are living.”

The price tag is nothing to do with Maguire, either. And to be fair to him, he went off early in the second half of Leicester’s defeat before Jota grabbed a 90th-minute winner.

But Maguire’s performance in the 48 minutes he played was so bad that UNITED FANS mocked him on social media.

One said on Twitter: “Remember all the rave about Harry Maguire last summer after his good World Cup run?

“Watching the Wolves v Leicester game and have just been reminded of his existence — crazy how quickly the football world moves on.”

Another said: “Remember when Leicester wanted £75m from us for Harry Maguire [crying with laughter emoji]”

Seven months on and Maguire is being hailed as the answer to their defensive woes, along with £45m right-back Aaron Wan-Bissaka.

But maybe judgement should be reserved, at least until after Monday night’s game.

Because on the two occasions Wolves hosted United under the lights at Molineux last season, they won 2-1 and Jota scored in both.

The Portuguese star, however, insisted his superb record against United is irrelevant.

He said: “In the transfer market they’ve tried to improve their team so we know it’s going to be very hard for us.”