GABRIEL JESUS declared “VAR is s***” after having an injury-time winner against Spurs ruled out for handball.

Brazilian ace Jesus thought he had secured all three points for Manchester City when he struck late in the game to make it 3-2 at the Etihad. 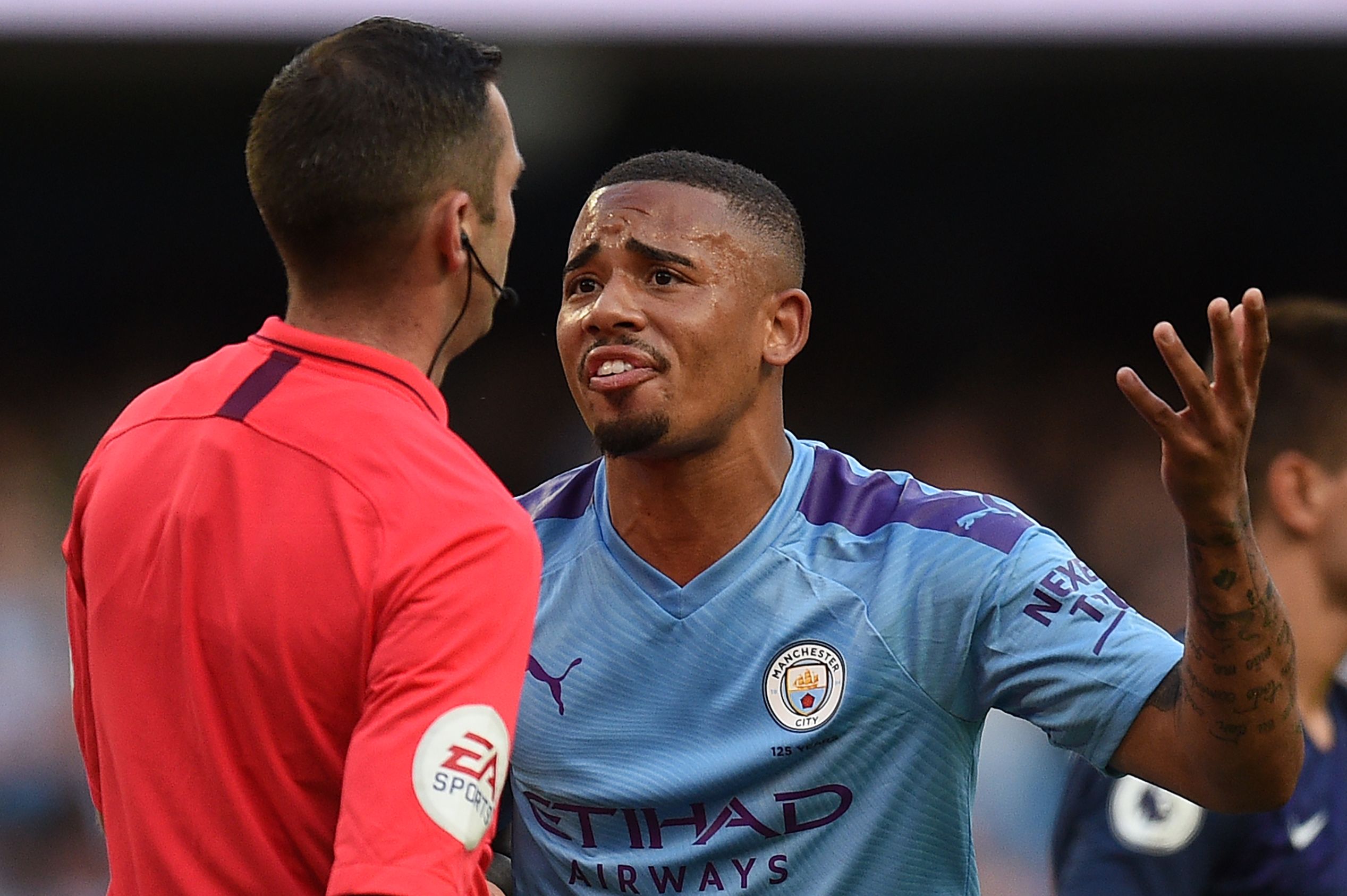 1 Gabriel Jesus had some harsh words for VAR after a last-gasp winner over Spurs was disallowedCredit: AFP

But the goal was soon called in for a VAR check after suspicions of a handball by Aymeric Laporte.

Replays showed the ball had deflected off the Spaniard’s arm before falling into Jesus’ path.

And under new laws which punish every single incident of handball, deliberate or not, the goal was disallowed.

City were furious with the decision as Spurs thanked their lucky stars.

But Jesus could not help himself from approaching the ref at the final whistle to give him a piece of his mind.

The striker launched into a verbal blast at the official before being ushered away by opponent Harry Kane.

But footage caught Jesus saying “VAR is s***” before turning towards the dressing room.

And social media users were quick to have their say, with one tweeting: “Wouldn’t be saying that if it had won them the game.”

Another wrote: “Handball is handball welcome to the new rules.”

One said: “If it was the other way around and was allowed he’d be kicking and screaming.”

Another added: “What is the moaning at the end lmao I’m dead.”

The result saw Spurs become the first team in 2019 to leave the Etihad with a point.

However, it is sure to sting for Guardiola, who also appeared to have a touchline bust-up with Sergio Aguero after he subbed his star striker during the second-half with City needing a goal.

And football fans mocked a tribute to injured Leroy Sane as teammates wore shirts bearing his name and number during the warm-up.