Former Celtic player Emilio Izaguirre was taken to hospital following deadly riots before a football match in his native Honduras.

Three people were killed and at least seven seriously wounded following the outbreak of violence outside Tegucigalpa’s National Stadium ahead of the derby between Olimpia and Motagua.

Izaguirre, who left Celtic at the end of last season, was on board a bus that was attacked outside the stadium as he and his Motagua team-mates made their way to the stadium. 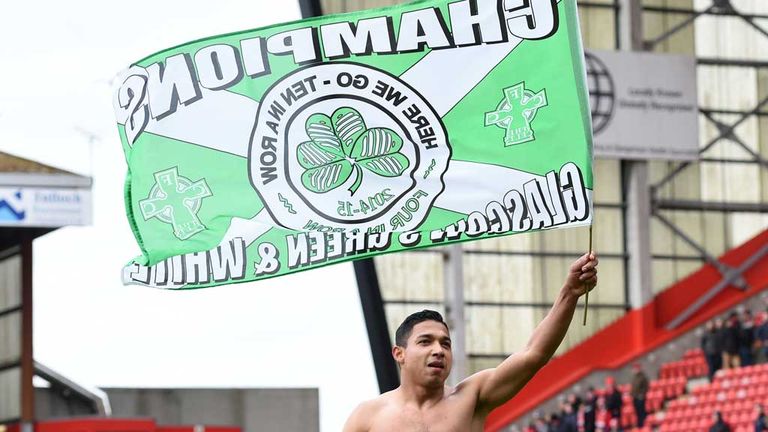 The full-back and team-mates Roberto Moreira and Jonathan Rougier were later transferred to hospital with facial wounds after the windows of the team bus were shattered by a crowd throwing stones, his club said.

Honduras’ National Football League suspended the game after the incident, which was expected to be attended by 20,000 spectators.

A statement from the Ministry of Security in Honduras confirmed the bus attack and said its perpetrators wore the uniforms of the rival Olimpia team.

“Three people died and seven were shot and stabbed. One of them is a boy. Three of the injured adults are in critical condition,” added a spokeswoman for Tegucigalpa’s University School Hospital.