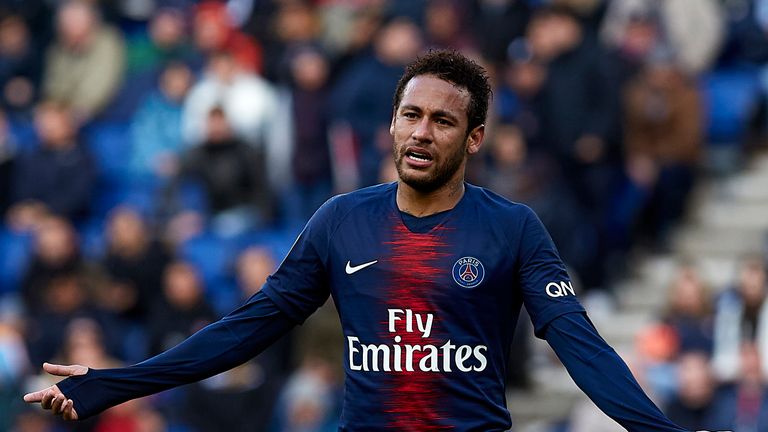 Neymar has indicated he wants to leave PSG this summer

Zinedine Zidane has hinted Neymar could yet leave Paris Saint-Germain and arrive at Real Madrid before the European transfer window closes next month.

According to Sky sources, Real are in talks with PSG over signing the Brazil forward, who joined the Ligue 1 champions in 2017, but the La Liga club have not yet made a formal offer for him.

PSG manager Thomas Tuchel said he can understand why supporters are frustrated with Neymar after the Ligue 1 side began their title defence without him by beating Nimes 3-0 on Sunday.