ENGLAND have already packed for their summer holidays and clearly left their shooting boots in the suitcases – luckily Jordan Pickford brought his gloves.

Gareth Southgate's side missed a host of chances in the barely-competitive Nations League third-place play-off with Switzerland. 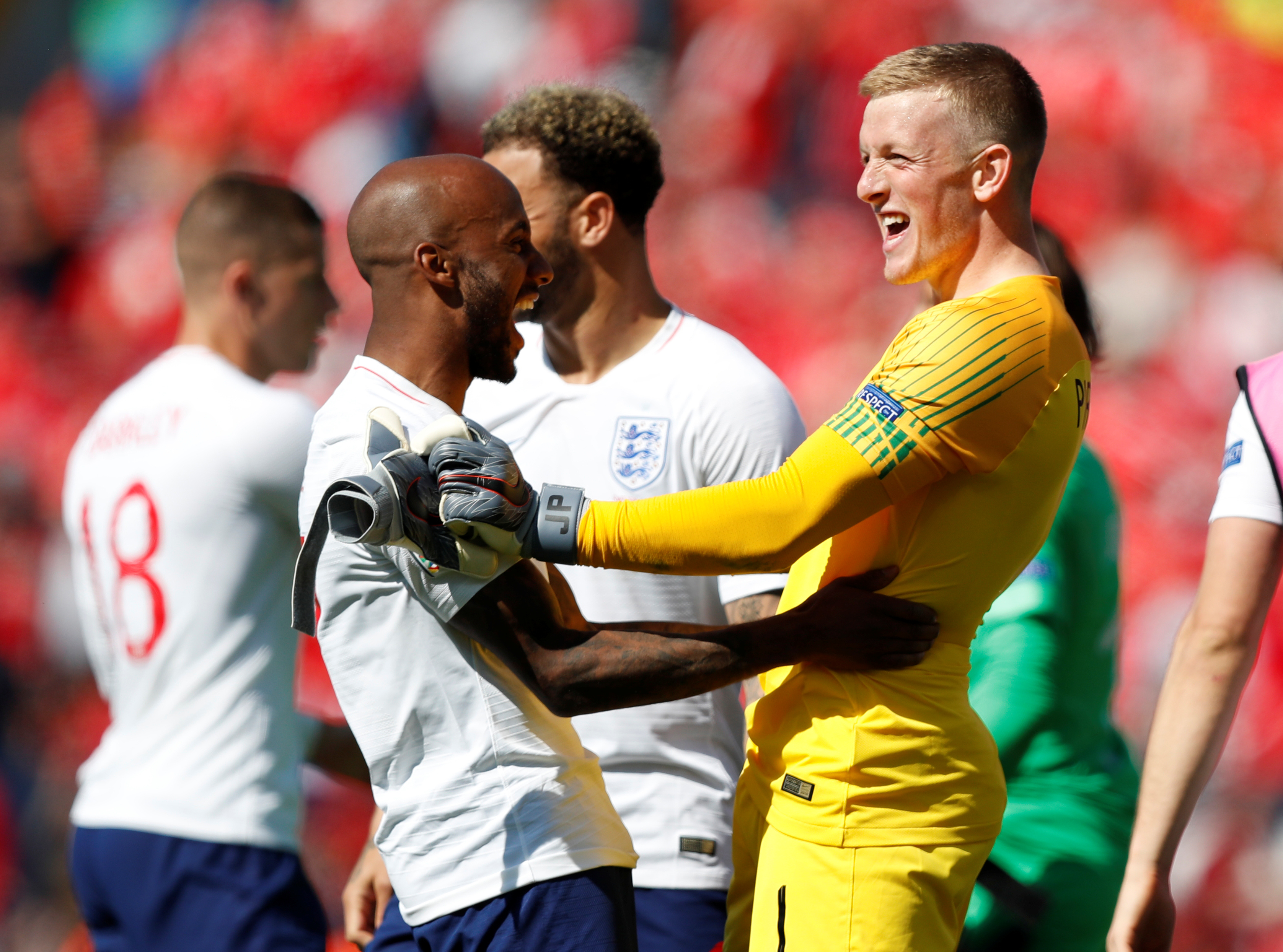 10 England were taken to penalties in their Nations League third-place play-off with Switzerland before Jordan Pickford was the heroCredit: Reuters

And even when Callum Wilson prodded home from close range after Dele Alli hit the crossbar, his goal was chalked off when referee Ovidiu Hategan watched the replay pitchside.

It was very much a case of deja vu, three days after Jesse Lingard thought he had downed the Dutch in the same goal.

And with England somehow unable to break the deadlock inside 120 minutes of one-way traffic, it came down to penalties.

Just like 12 months ago, the Three Lions won the shootout – and that man Pickford was the hero again, scoring and saving against the Swiss.

They were faultless, scoring all six before Pickford made the crucial save to secure third in the inaugural Nations League.

After missing out on the main event later tonight, the England boss made seven changes from the team that started against the Netherlands.

And just two minutes in, returning captain Kane came within inches of giving England the lead but clipped his effort on to the top of the bar from an acute angle.

It was a sign of things to come – close but certainly no cigar.

Dele really should have put the Three Lions in front when he ghosted into the box to meet one of Trent Alexander-Arnold's expert crosses from the right.

But the Tottenham man, unmarked, could not keep his header down.

Raheem Sterling at least hit the target when Harry Kane managed to find him free at the back post.

Although his tamer-than-tame effort was comfortably saved by Yann Sommer.

Sterling should have done better when a neat move looked certain to end with the net bulging, only for him to fluff his lines once again.

It would become a recurring theme. 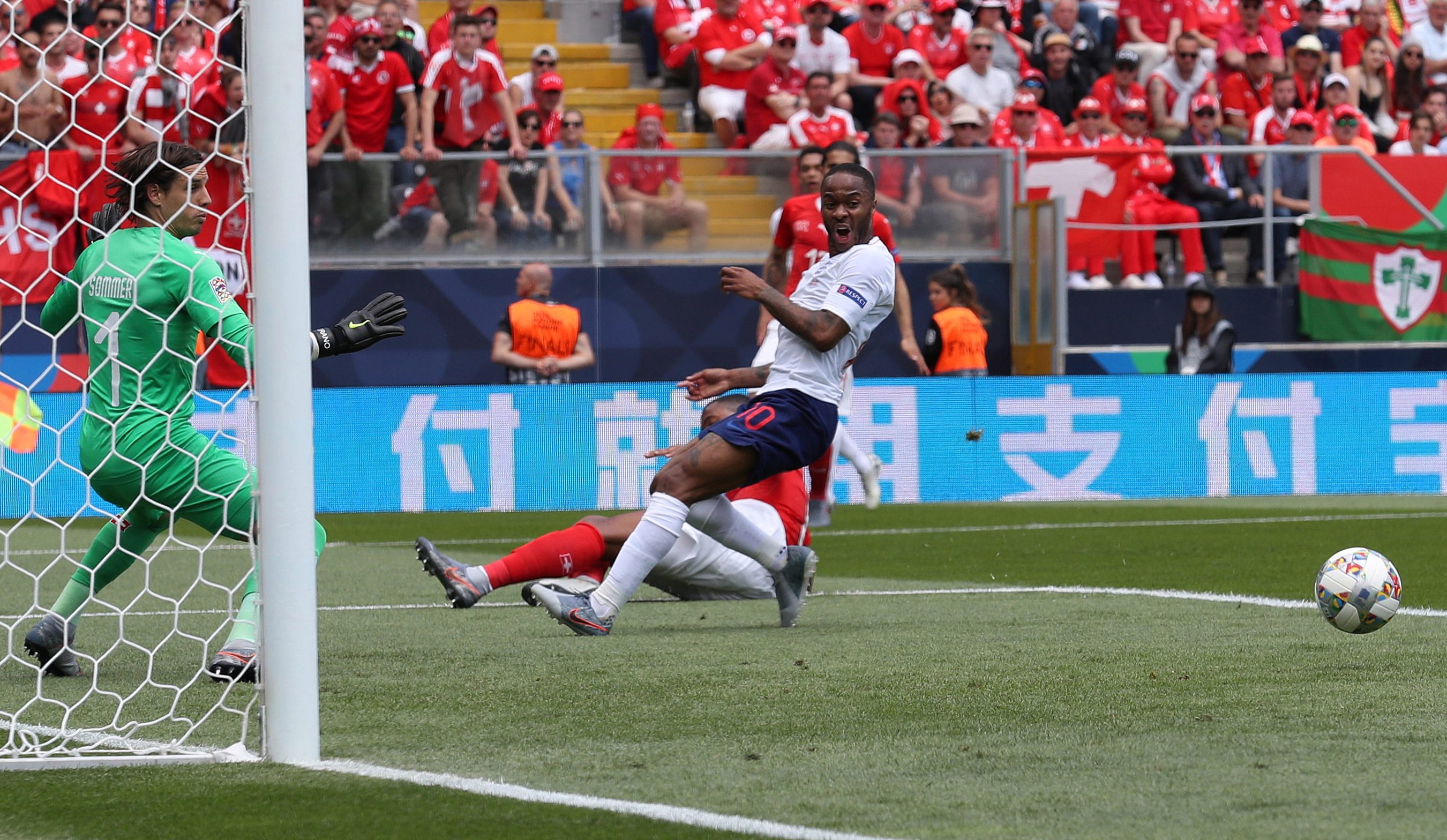 10 Raheem Sterling fluffed his lines repeatedly in the game and will be disappointed with his lack of clinical finishingCredit: News Group Newspapers Ltd 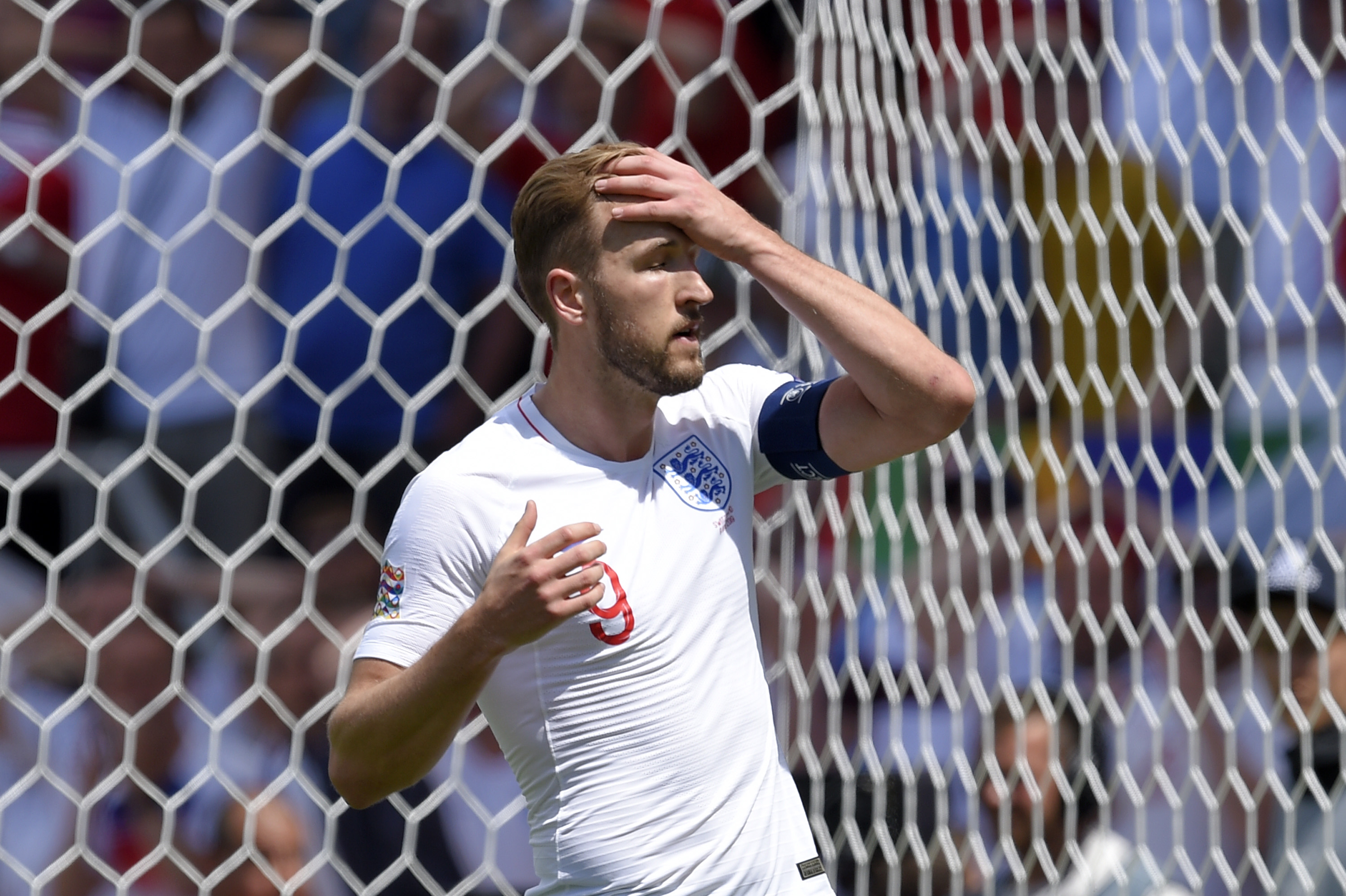 10 It was a frustrating afternoon for Harry Kane who returned to the starting XI for EnglandCredit: Getty – Contributor

The Manchester City winger felt he deserved a penalty as the game remained goalless with 15 minutes to go.

Again Alexander-Arnold delivered and again Sterling got himself in a muddle and couldn't keep it down.

He felt he was impeded with a push in the back, the VAR disagreed.

Then with five minutes to go, VAR disagreed with England again as Wilson was penalised for having a hold of a defender's shirt.

The game dribbled meekly into extra time, where Sterling had a further two good chances early on but could not convert either before Sommer got down brilliantly to turn Dele's goal-bound header away.

And as if they hadn't been lucky enough, Switzerland earned yet another reprieve four minutes from the end of extra time as the ball crashed back off their crossbar again from a free-kick.

And yes, you guessed it, the ball was hit by that man Sterling.

So down it went to the shootout again and fan-favourite Harry Maguire smashed in the opener emphatically.

Steven Zuber, Ross Barkley, Granit Xhaka, Jadon Sancho and Manuel Akanji all scored before Sterling stepped up and put all his misses behind him to score.

Kevin Mbabu found the net before Pickford yanked off his gloves to fire a stunning spot kick in – and he loved it.

The Everton stopper couldn't be the hero immediately as Fabian Schar went down the middle. 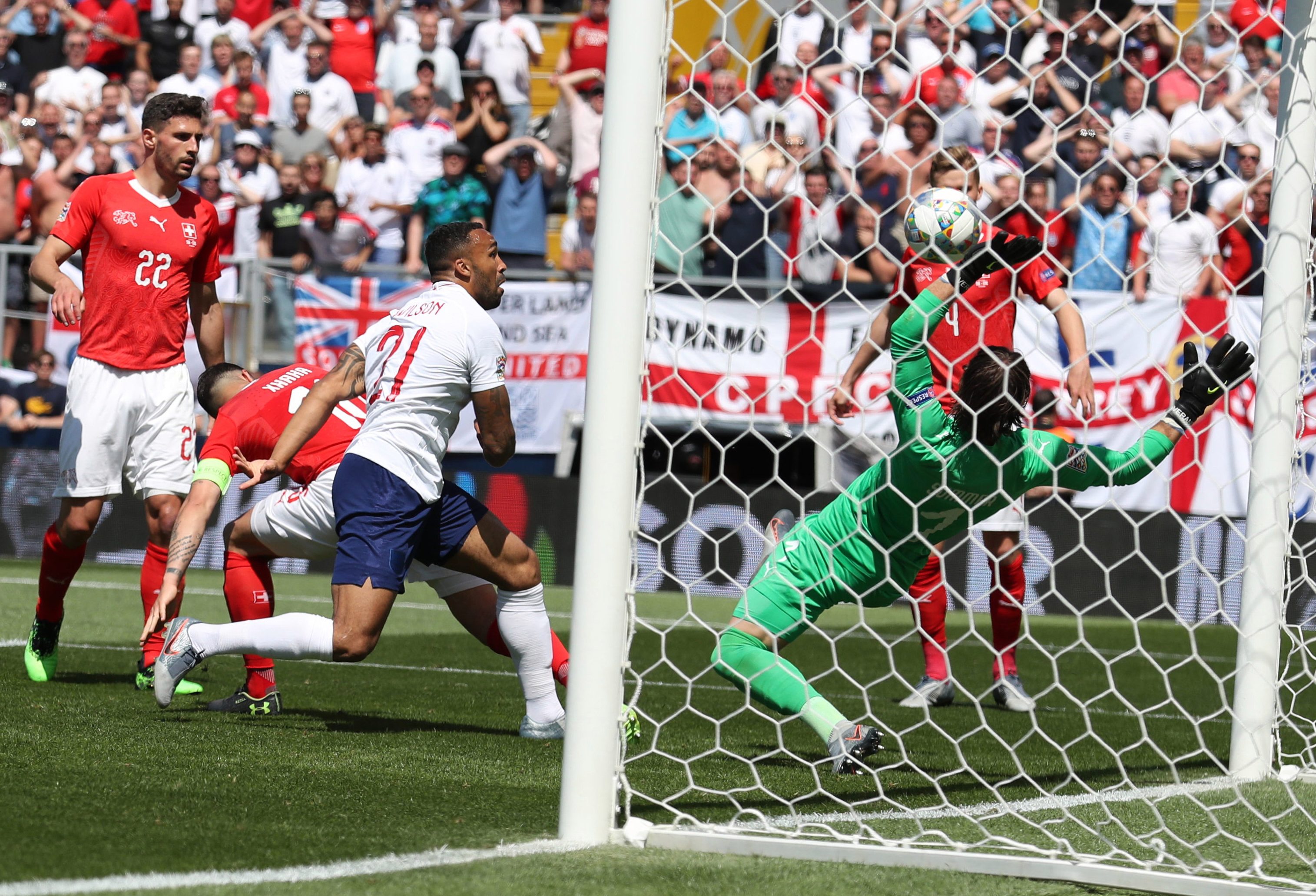 10 Callum Wilson thought he had scored the winner but his effort was chalked outCredit: News Group Newspapers Ltd 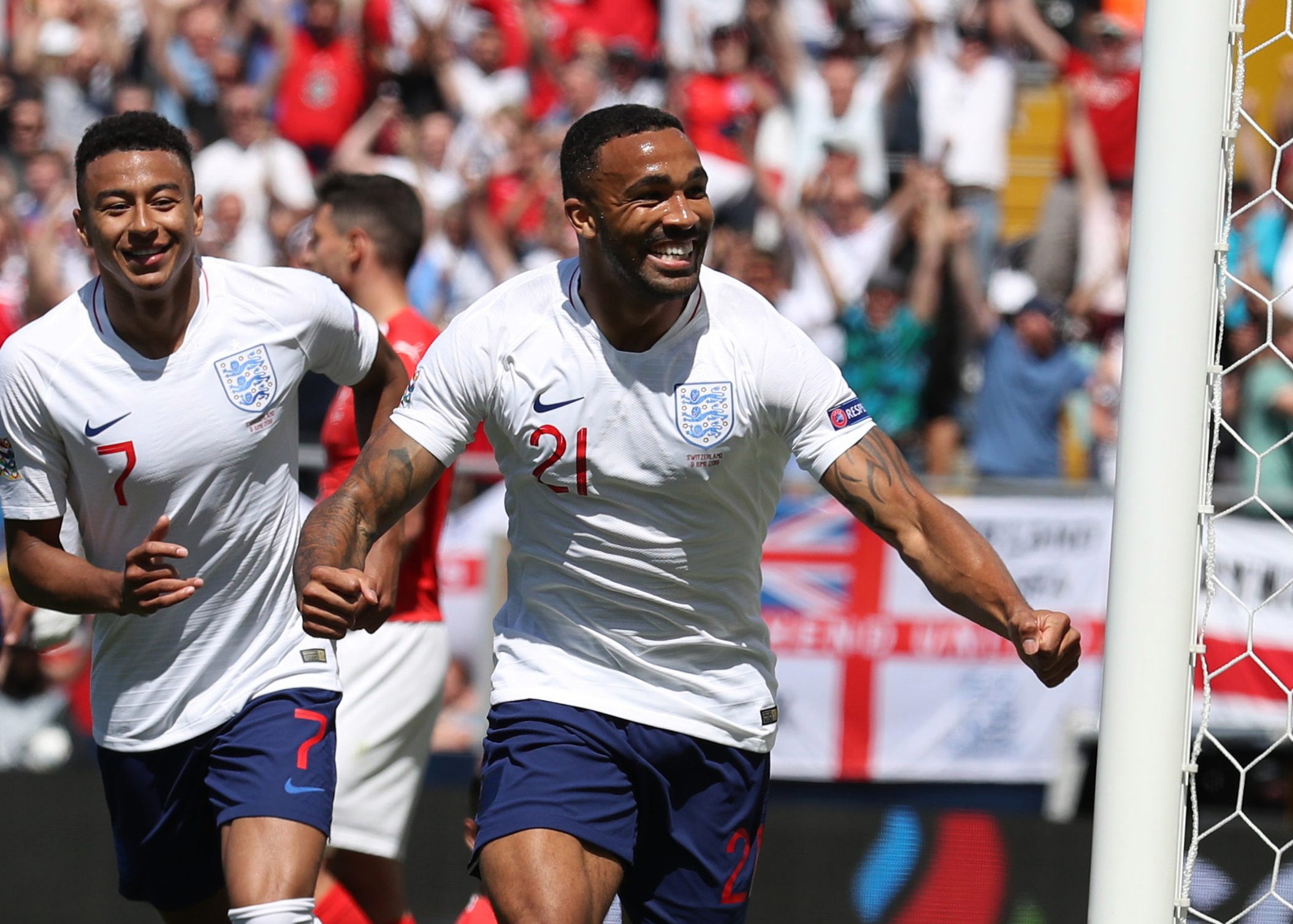 10 The Bournemouth man wheeled away in celebration but was adjudged to have pulled a defender back in the build-upCredit: News Group Newspapers Ltd 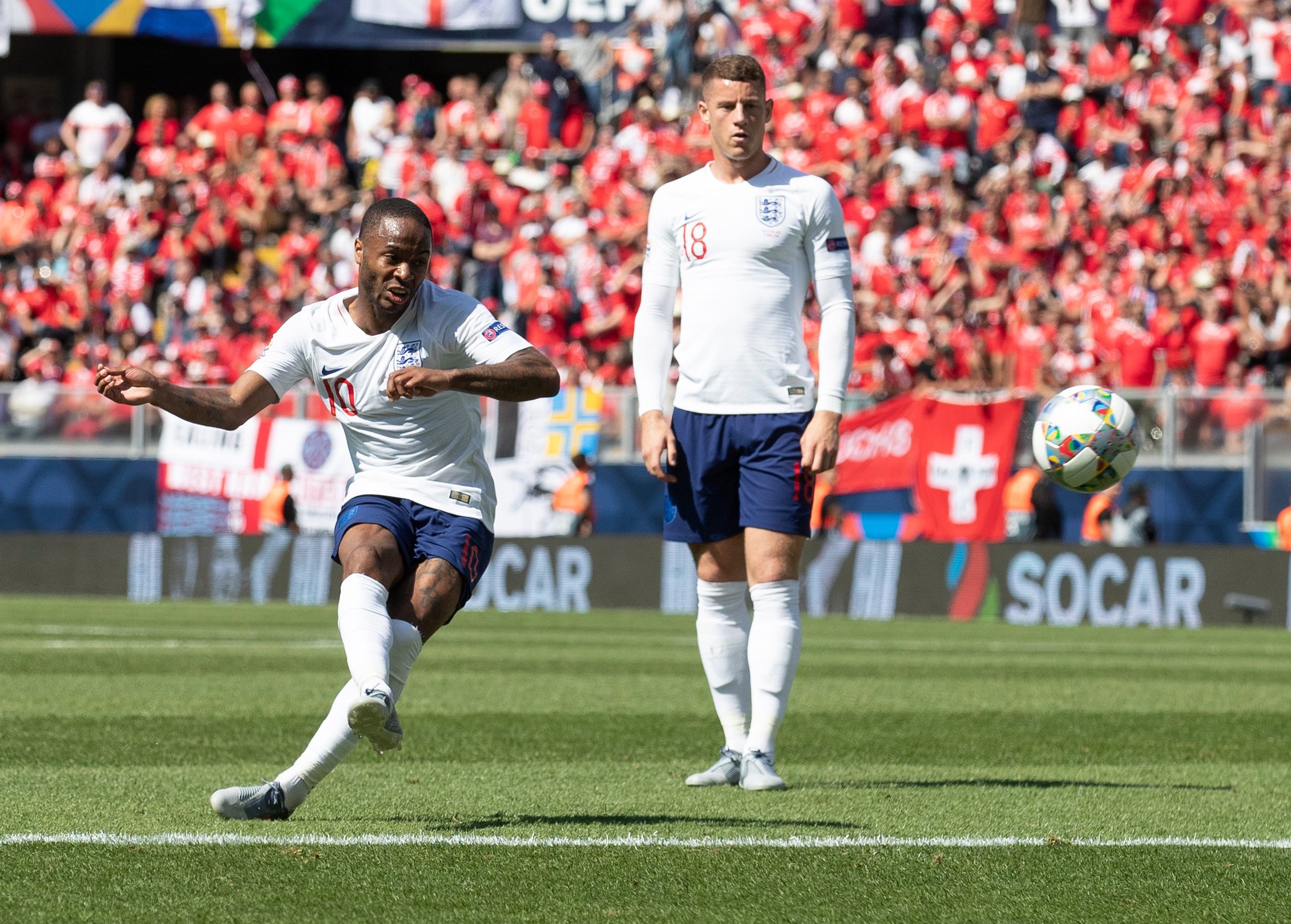 But then Eric Dier – just like in Russia – made no mistake meaning Josip Drmic had to score.

Pickford, though, flew across to his right to secure the win. It may not have been quite as emotional as against the Colombians but an England penalty shootout win is a rare event that must be savoured. 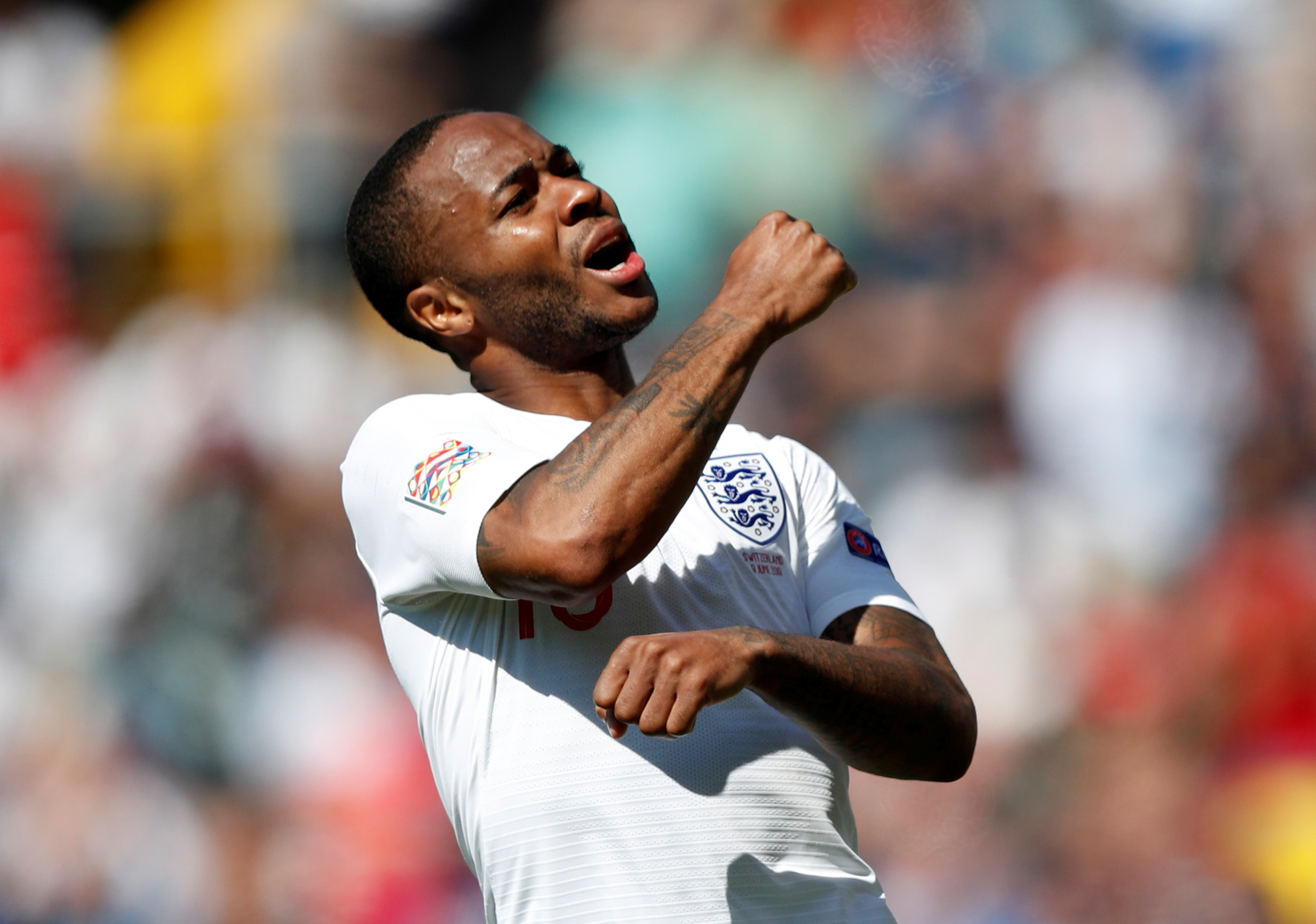 10 Sterling made amends by sticking in his penalty after having no luck in front of goal during the 120 minutesCredit: Reuters 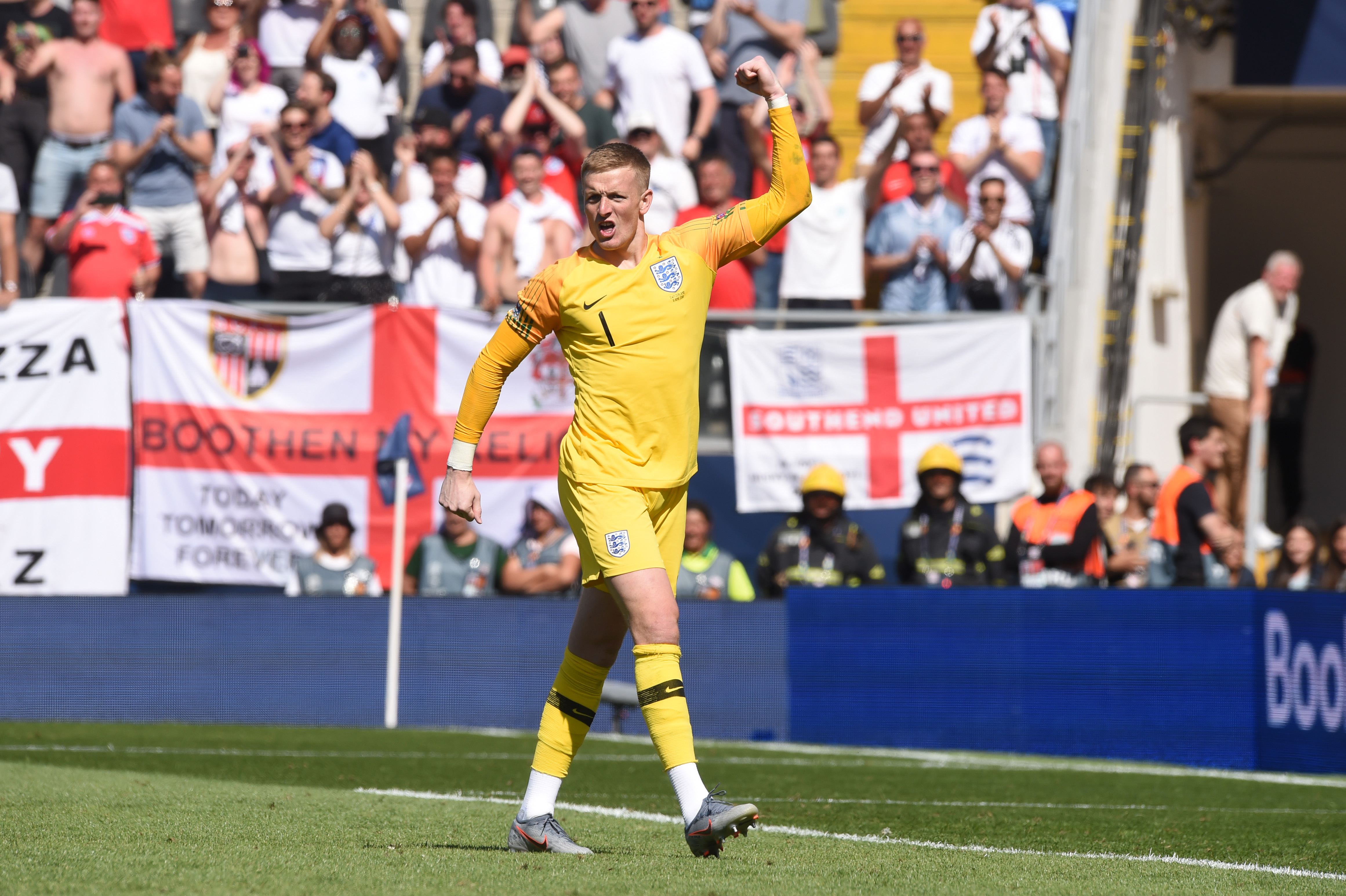 10 With the gloves off, he smashed his own strike in powerfully and celebrated in front of the England fansCredit: Getty – Contributor 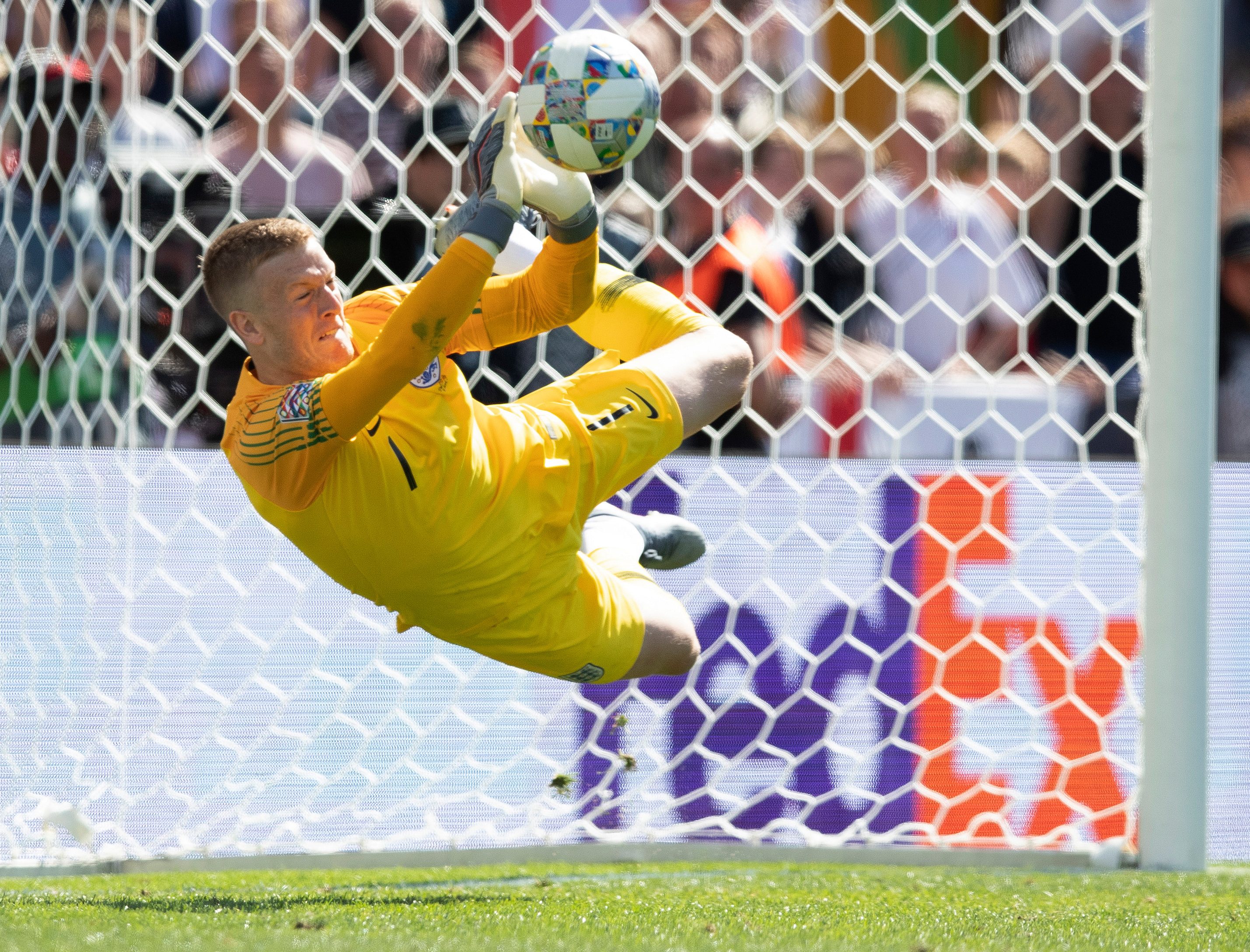 10 Pickford flew across to his right to push away Josip Drmic's effortCredit: News Group Newspapers Ltd 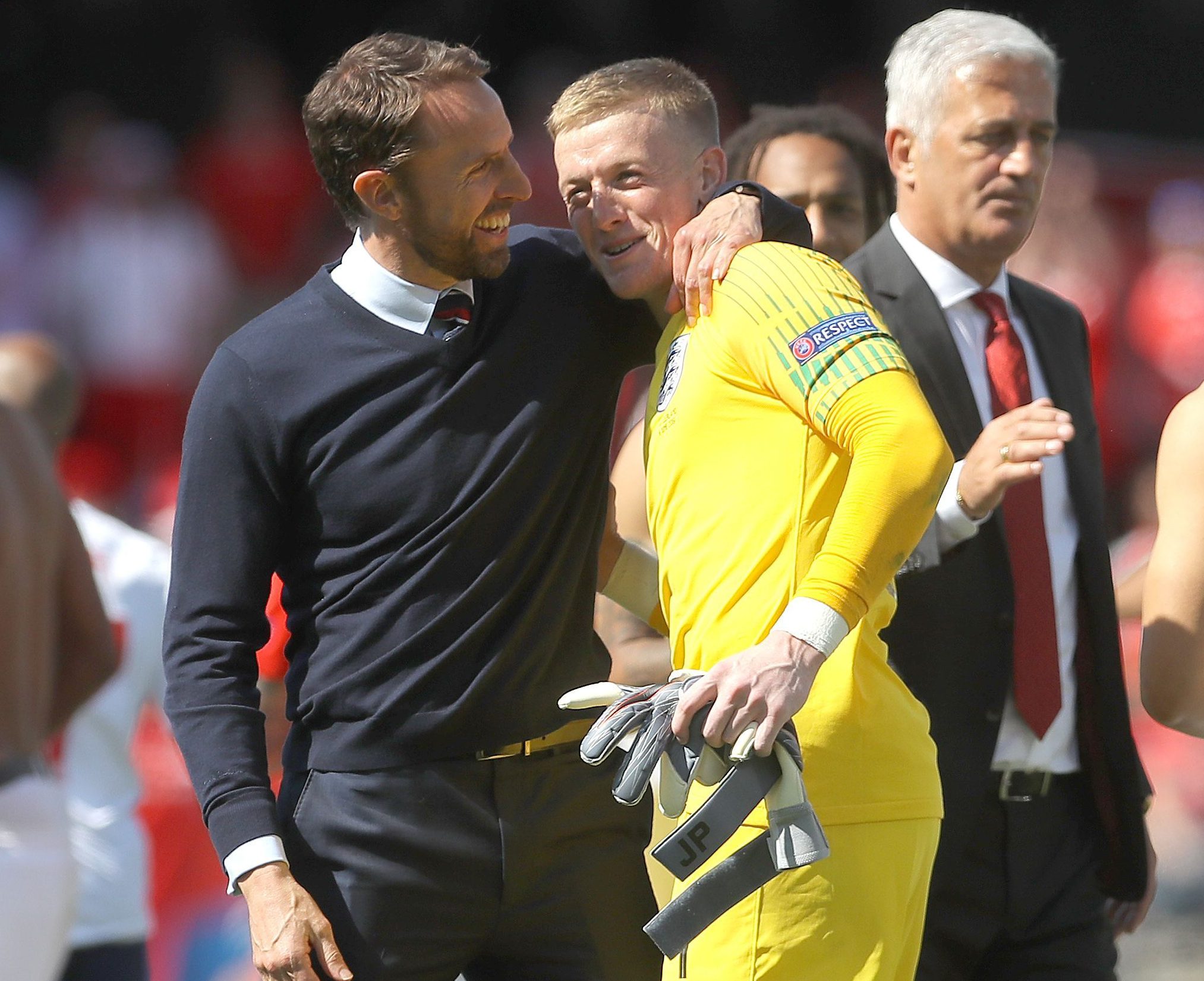 10 Gareth Southgate congratulated his goalkeeper after his heroics in PortugalCredit: Rex Features