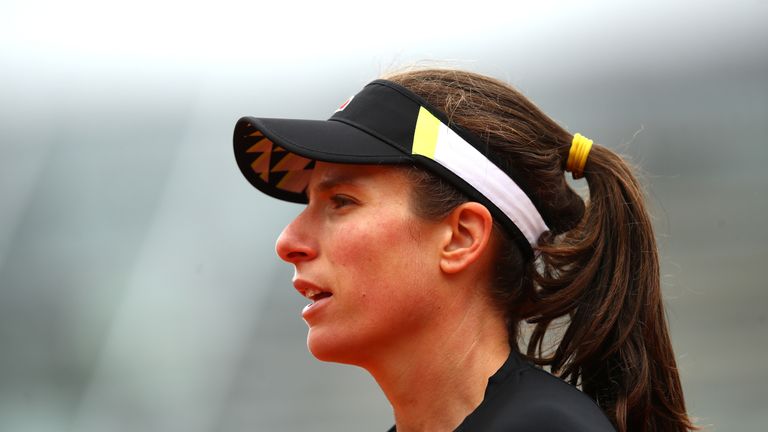 Johanna Konta was pragmatic after her defeat in the semi-finals of the French Open and insisted there is “nothing for her to be disappointed in or upset about”.

Konta fell 7-5 7-6 (7-2) at the hands of 19-year-old Marketa Vondrousova and missed out on the opportunity to extend her career-best run at Roland Garros.

The 28-year-old, who had not won a main-draw match at the venue before this year, had three set-point opportunities in the opening set but failed to convert any before her opponent took her own. The British No 1 also led 5-3 in the second set.