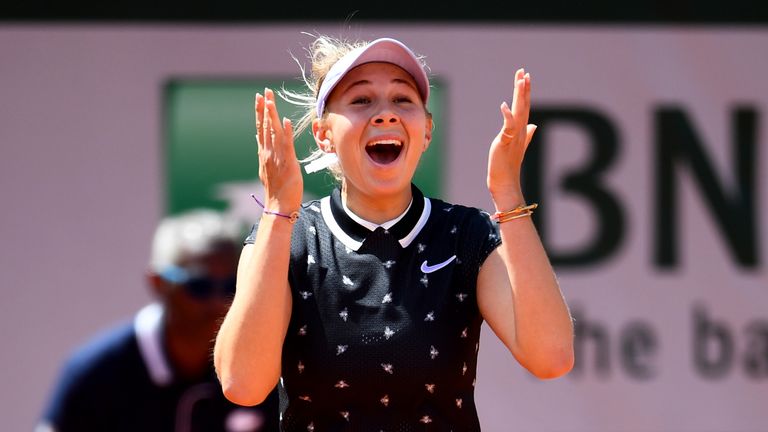 The 17-year-old, with heavy ball-striking, became the first player born in the 2000s to reach the Grand Slam quarter-finals and she continued her dream run at Roland Garros by sending Halep tumbling out of the tournament with a stunning 6-2 6-4 victory on Court Philippe-Chatrier in 68 minutes.

Halep, who won the French Open last year for her first Grand Slam title, had been looking to become the first woman to retain her title at Roland Garros since Belgian Justine Henin won three times in a row from 2005-07.