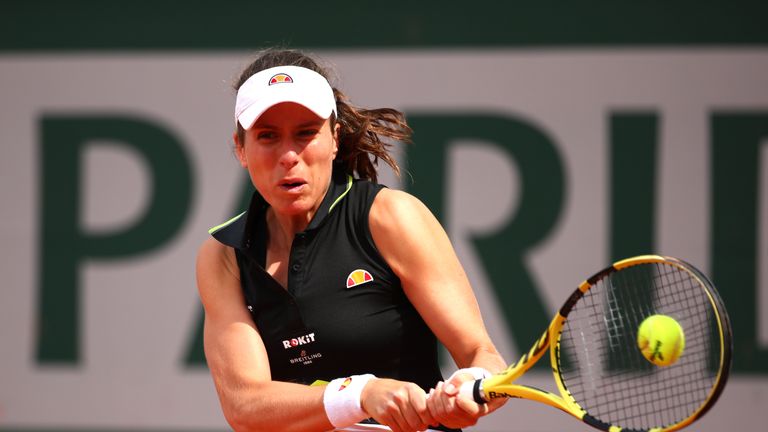 Johanna Konta is bidding for her first Grand Slam final

Johanna Konta will play her French Open semi-final at 10am UK time on Friday, after tournament organisers made adjustments to the schedule due to the threat of bad weather.

The British No 1 will meet Czech teenager Marketa Vondrousova on the 5,000-capacity Court Simonne-Mathieu, while the second semi-final between Ashleigh Barty and 17-year-old American Amanda Anisimova will take place concurrently on Court Suzanne-Lenglen.

Downpours forced play to be washed out on Wednesday, which pushed back the British No 1’s match against Czech teenager – scheduled for Thursday – by a day, with further rain forecasted on Friday.