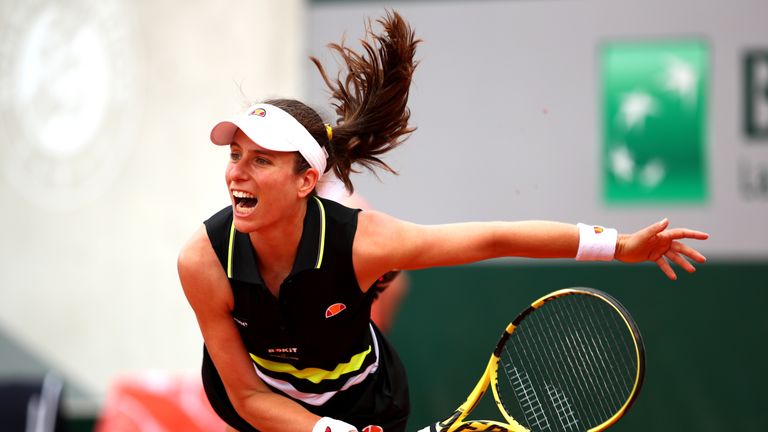 Johanna Konta will become the first British female tennis player to reach the French Open final at Roland Garros in 43 years, if she can beat 19-year-old Marketa Vondrousova on Friday.

Konta and Vondrousova were due to face-off in their semi-final on Thursday, however a day of rain on Wednesday washed out the schedule and pushed the order of play back to hand the pair an extra day off.

The British No 1’s progression into the last four marks a career-best run at the French Open – a competition in which she had never won a main-draw match until this year.