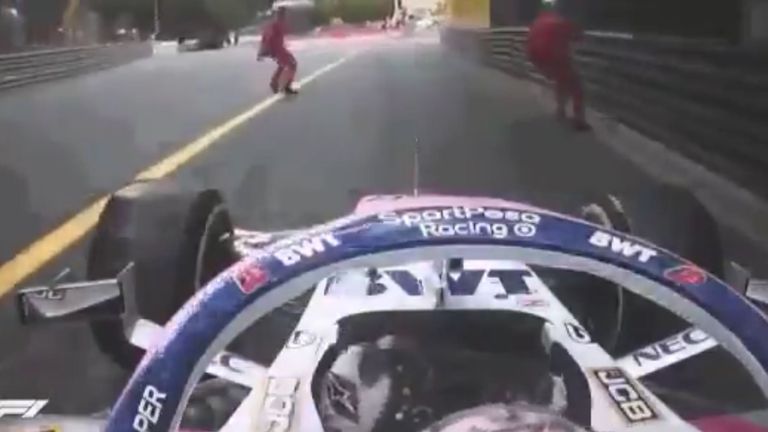 Sergio Perez has expressed his relief that nobody was hurt after narrowly avoiding two marshals as they ran across the track in front of him during the Monaco GP.

The Racing Point driver posted a video on Twitter showing him leaving the pitlane and driving between the two, one of whom had crossed to the barriers while the other stopped just in time to let the car pass.

“What was wrong with those marshals? I nearly killed him,” the startled Perez claimed over team radio immediately after the incident.