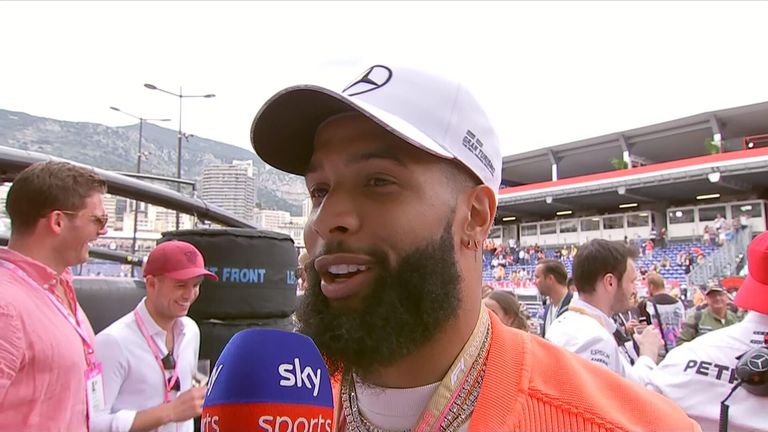 Beckham Jr, who signed for the Cleveland Browns this off-season, is one of the NFL’s most recognisable players and the sport’s highest-paid wideout, and was in Monaco for his first Formula 1 race on Sunday.

The American is a good friend of Hamilton, and admits he was inspired by the Mercedes driver’s performance as he ground out a victory, lasting for 67 laps on wearing medium tyres and fending off Verstappen in the closing stages.