Golden State Warriors center DeMarcus Cousins was forced to leave Monday night’s defeat to the Los Angeles Clippers after suffering a non-contact injury to his left quad less early in the opening quarter.

The Warriors also said via Twitter that Cousins will undergo an MRI exam “in the next 24 hours.” 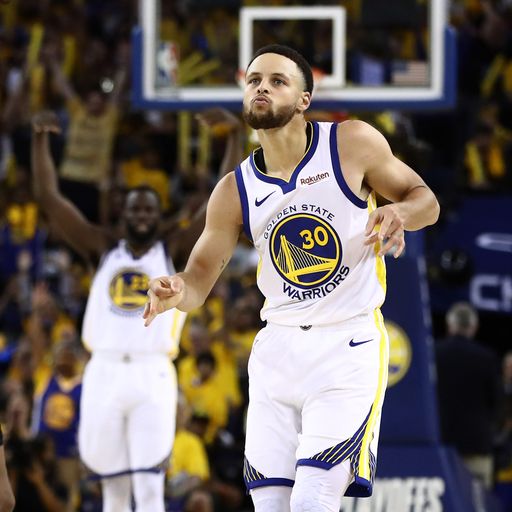 Cousins was injured while trying to run down a loose ball three-and-a-half minutes into Game 2 of his team’s first-round playoff series against the Los Angeles Clippers. The host Warriors gave up a 73-50 halftime lead to leave the series tied at 1-1 going to Los Angeles for Game 3. Image:
Cousins is set to have an MRI scan on the injury

With the Clippers possessing the ball just past the half-court line, Cousins deflected a pass and sent it down the court toward the Warriors’ bench. Trying to run down the ball before it went out of bounds, Cousins stumbled and went down without being touched, and immediately grabbed his left quad. He got up and soon limped off the court toward the Warriors’ locker room. He had two points on a pair of free throws in four official minutes played. He also had two rebounds and an assist. Cousins signed a one-year, $5.3m deal with the Warriors last offseason, then missed the team’s first 45 games of the season as he continued to rehab from a ruptured left Achilles tendon he suffered playing for the New Orleans Pelicans in January 2018.