EUGENIE BOUCHARD put some raunch in the ranch as she dressed as a bikini-wearing cowgirl for beach snaps.

The tennis star jumped on the wagon for posing in hats as she showed off Wild West fashion on the mild east coast – soaking up the sun on in Miami. 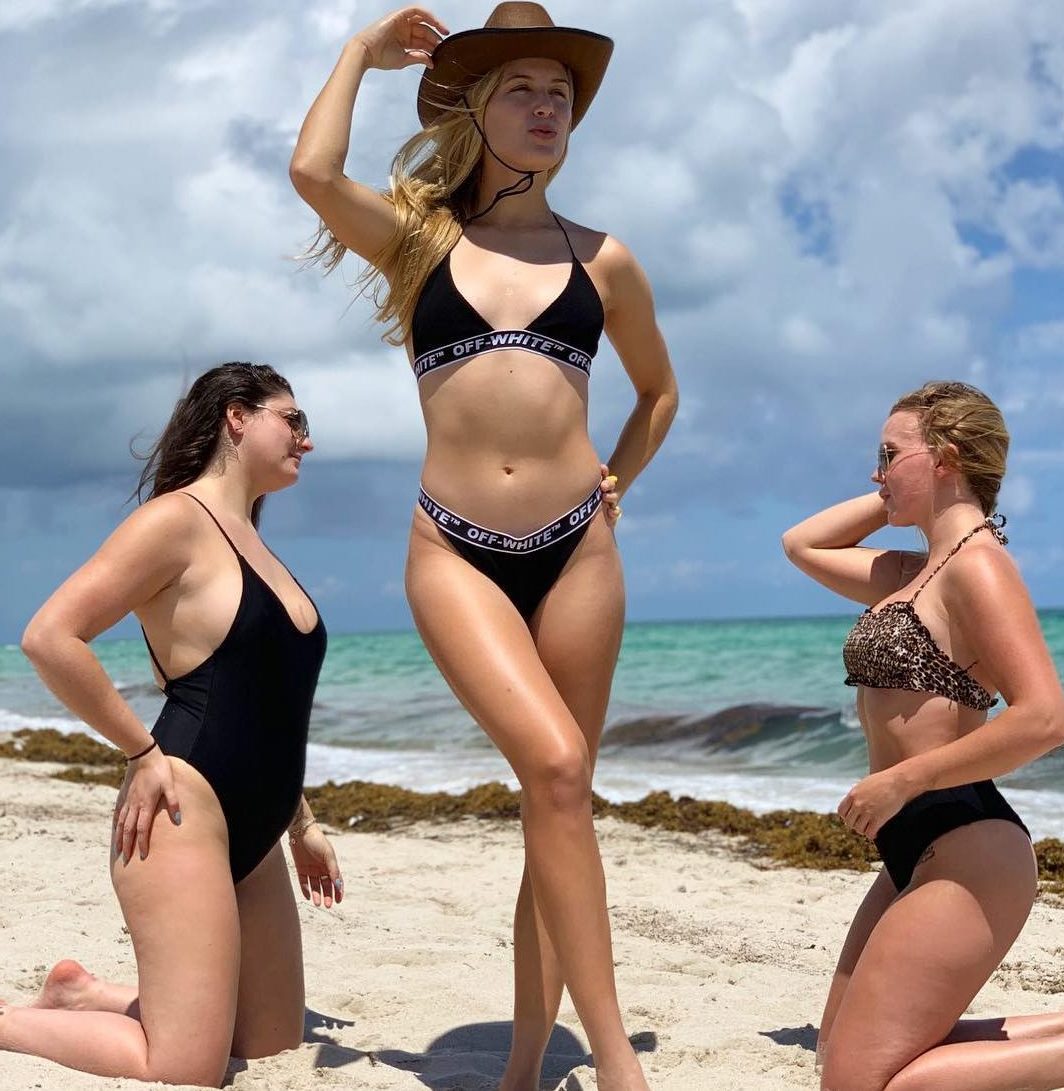 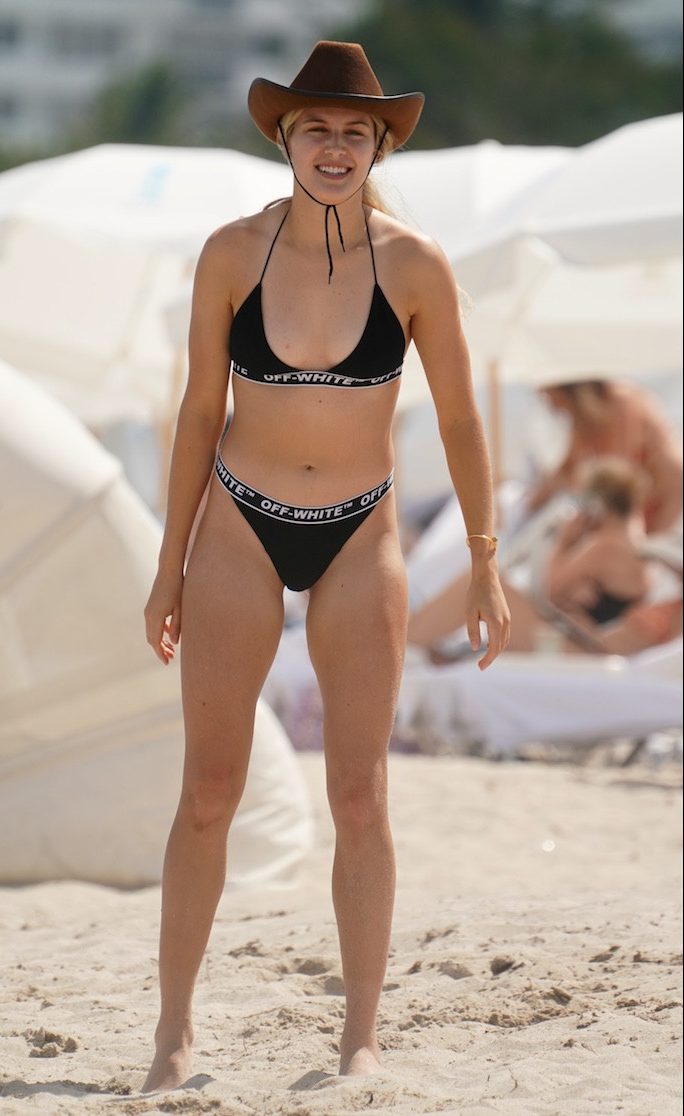 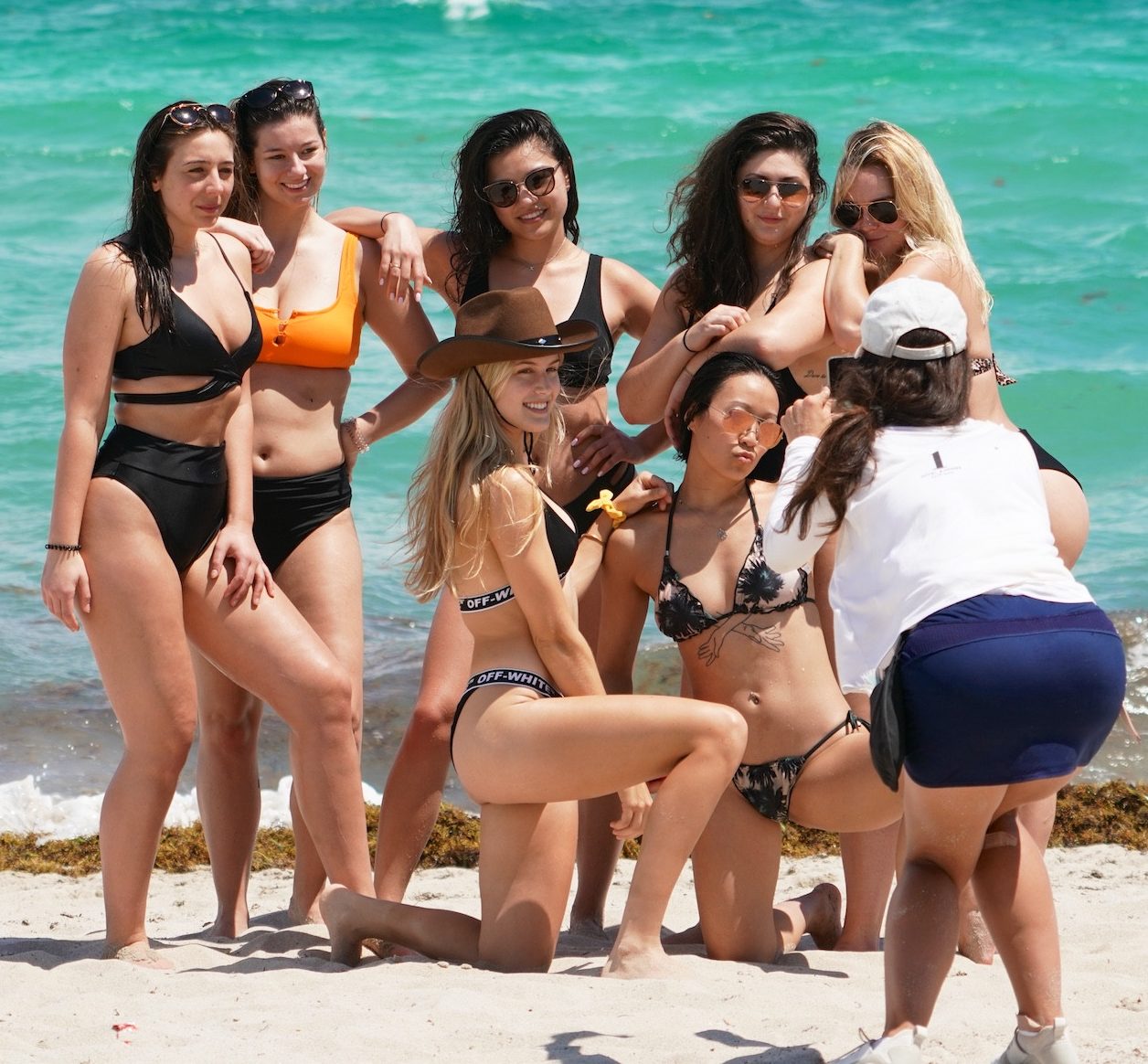 Splash News6 The beach posse pose as they relax on the perfect sand in Miami, Florida

A lucky snapper got out his best pics-shooter and the Canadian wow-girl lassooed in friends to join her for the feast of photos.

Bouchard, 25, famously dated an internet fan after he won a Super Bowl bet with her.

And in February she was on the beach again for topless photos in an orange swimsuit.

The following week she once more wore just a bikini to send a "Happy Valentines's Day lovers" message to her 1.9million Instagram photos.

So adding a Stetson to her look is almost like winter wear for the world No80.

She told her social media followers: "I got the horses in the bacc." (Not sure about her spelling of back – maybe she had been drinking too much cow deuce..)

She got a mixed response, though.

One said: "Ridiculous, go back to playing tennis." 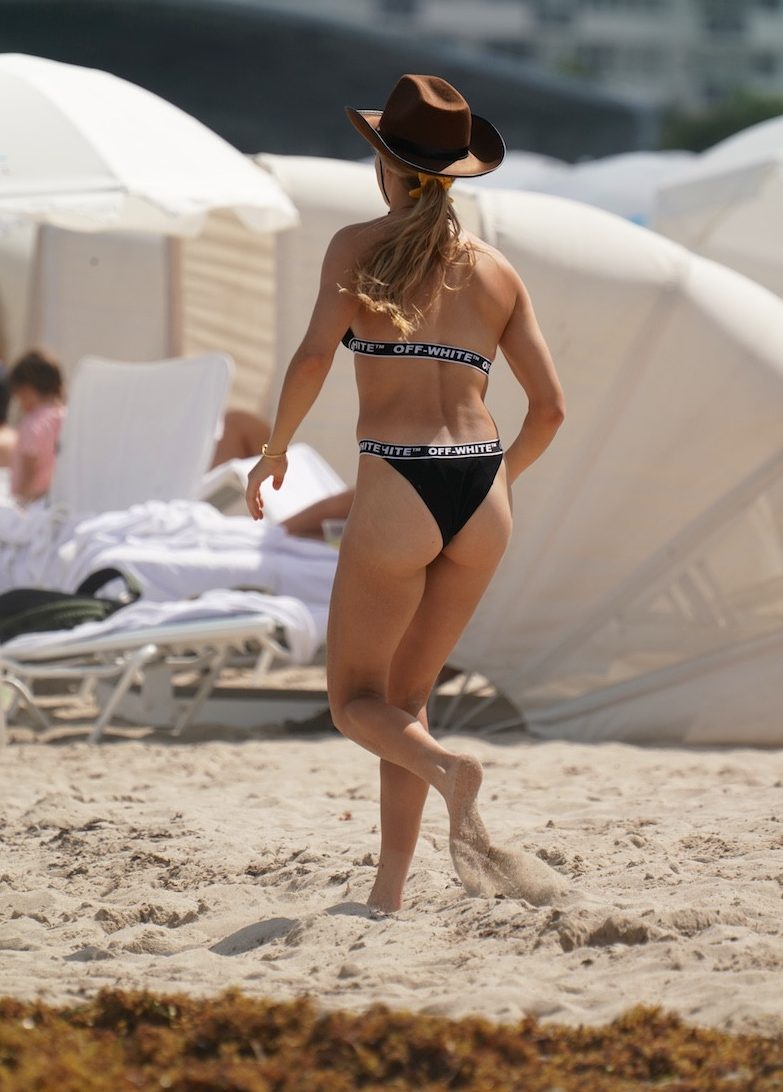 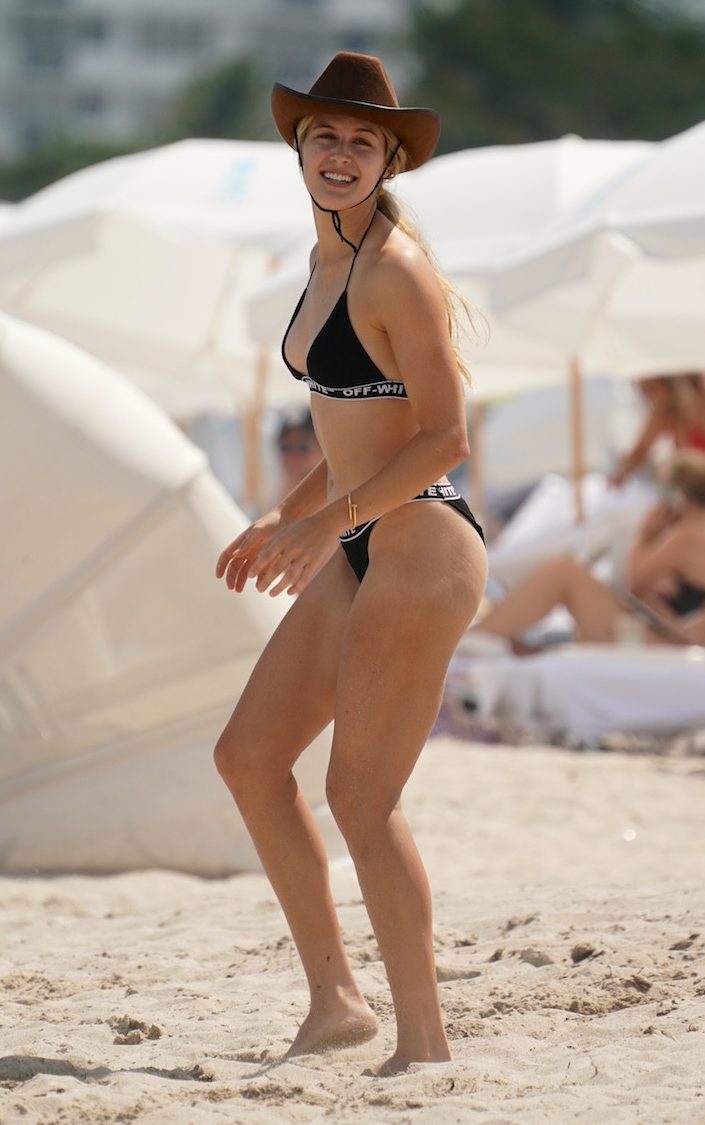 And a similar reply was: "Do you ever play tennis."

But those comments were eclipsed by remarks like: "This is awesome".

And it's airy-prairie to believe the 2014 Wimbledon finalist will give up enjoying herself with more photo sessions.