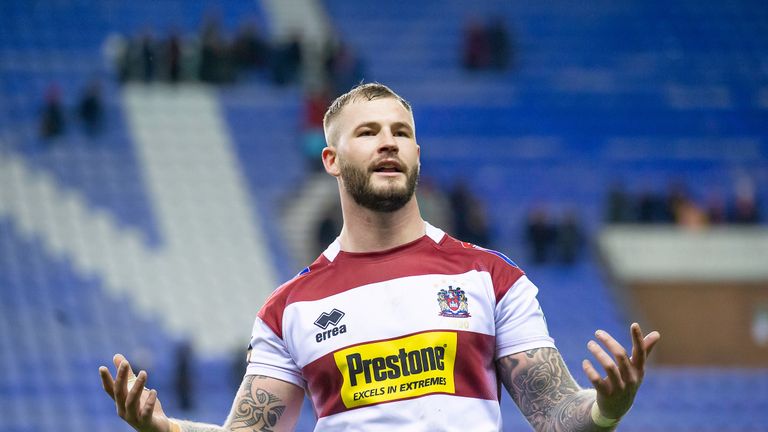 Wigan’s Zak Hardaker is one of the players to look out for when they face Castleford on Friday, live on Sky Sports

It’s a big game on Friday night in Super League, with Castleford aiming for a return to form after two defeats, while Wigan have won back-to-back games to kick start their season.

But who will decide this one? Here’s three head-to-heads that might swing the match…

Peter Mata’utia has been in excellent form for the Tigers. But will he be playing at full-back against Wigan? Daryl Powell switched him into the halves, with Calum Turner going to the full-back spot in the defeat against Leeds – and it made a difference.