LAWRENCE OKOLIE has improved to 12-0 as he sent Wadi Camacho tumbling into the corner to secure a fourth-round TKO win at the Copper Box Arena.

The London-born fighter has retained his WBA continental and British light-heavyweight titles, while winning back the Commonwealth belt he relinquished last year.

The first stanza began in cagey style, with Okolie the man holding the centre of the ring and coming forward – making sure he won the round with a left-hook and right hand while Camacho was on the ropes.

In the second the British champ caught his opponent's attention with a glancing right hand and later piled on the pressure after landing the same shot in the final stages of the round.

Camacho began the third round with an overhand left that was his first notable shot of the bout, though it only urged Okolie forward.

The Rio 2016 Olympian caught Camacho round the back of the head towards the final stages of the third, as the crowd turned on the man who was booed out of the arena in 2018 against Matty Askin.

Okolie stamped his authority in the fourth rounds landing a big right that left Camacho holding on to keep balance.

Camacho was forced back to the ropes with sustained pressure, and a string of chopping shots forced the 33-year-old to the canvas.

The British title challenger rose to his feet at the count of nine – only to eat a clubbing right from Okolie, which sent him tumbling backwards leaving the ref wave off the fight.

Okolie had only a win against Luke Watkins in June 2018 sandwiched between two underwhelming victories against Isaac Chamberlain and Askin, where he was accused of holding and spoiling.

However, the 26-year-old kept it as clean as he could tonight, with the straight right at the end the perfect symbol for this.

Okolie was more than satisfied with his victory and said after the bout: "It was a good to shake it off after three or four rounds.

"For me, staying at British level is pointless, I need to keep pushing and find my level." 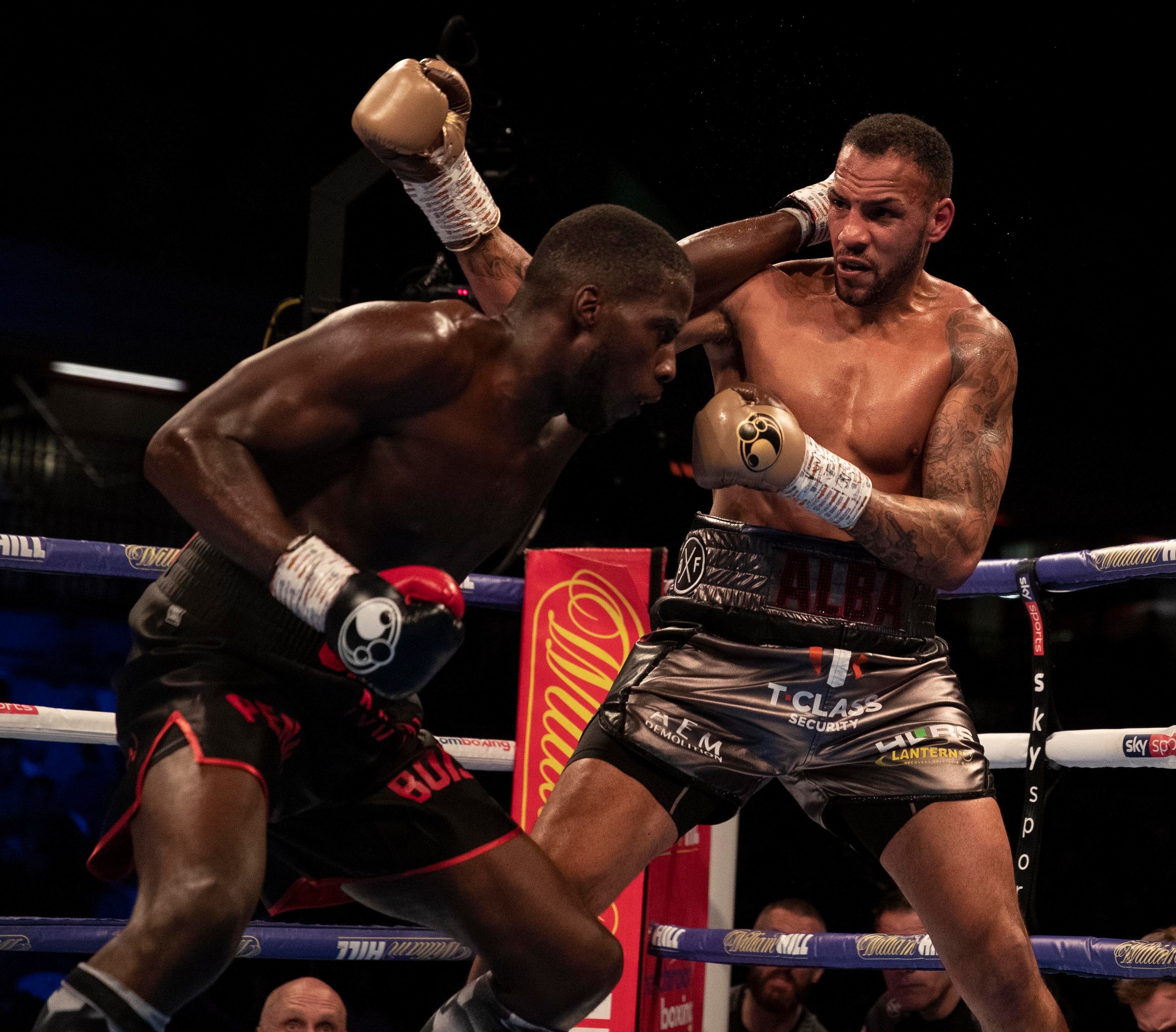