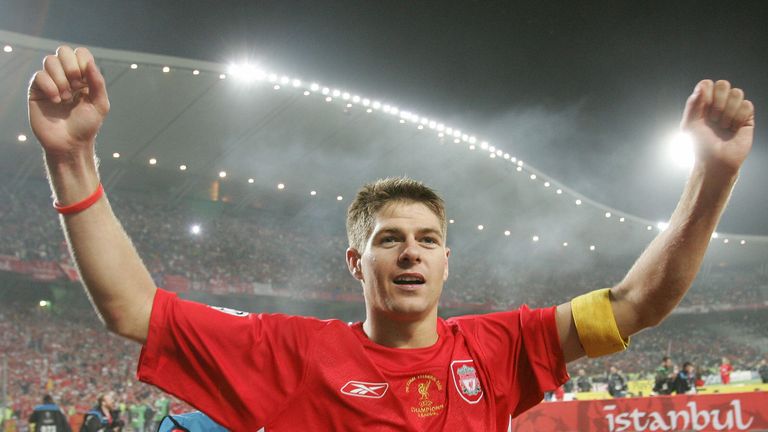 Steven Gerrard was thrilled to get a last-minute winner in front of the Kop as he helped Liverpool Legends to a 3-2 win over Milan Glorie on Saturday.

The Liverpool captain rolled back the years as he captained the Reds to a 3-2 win against a team of former AC Milan stars in aid of the LFC Foundation.

More than 50,000 fans packed into Anfield for the game and they did not leave the iconic stadium disappointed, with Rangers boss Gerrard netting as Liverpool put three past Milan – just like they did in the epic 2005 Champions League final in Istanbul.