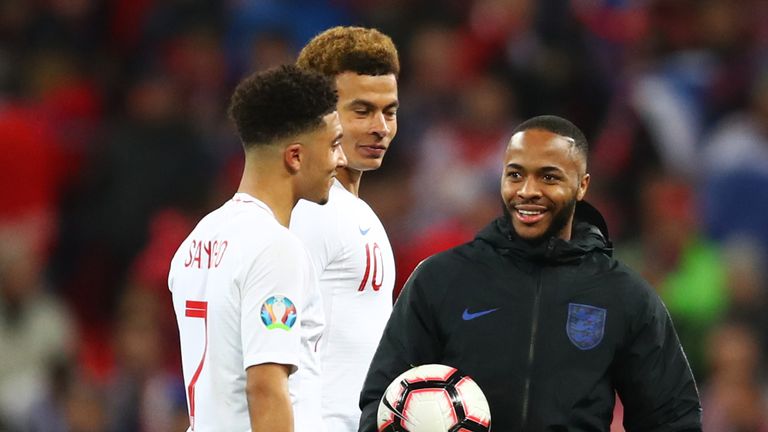 Jadon Sancho says Raheem Sterling has been a big help to him since he broke into the England set-up.

Sancho made his first competitive start for the Three Lions in Friday’s 5-0 European Qualifier win over the Czech Republic – and has received plenty of advice from Sterling.

The in-form Manchester City forward scored a hat-trick that night and, although he is only 24 himself, has acted as a senior figure towards Sancho and new call-up Callum Hudson-Odoi of Chelsea.