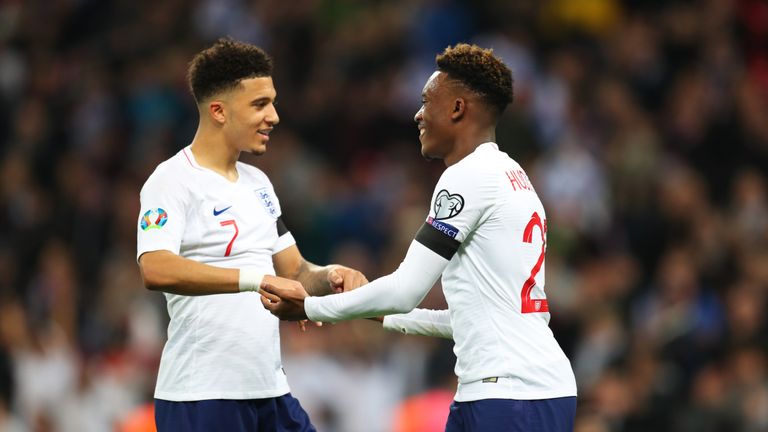 England boss Gareth Southgate says his side for Monday’s European Qualifier in Montenegro will again have a youthful look – despite the prospect of a hostile environment.

Steven Gerrard and Ashley Cole were verbally abused and targeted with missiles when England travelled to Podgorica for a World Cup qualifier in 2013 and a similarly tough atmosphere is expected.

The current England side beat the Czech Republic 5-0 on Friday night at Wembley with Jadon Sancho starting and his fellow top prospects Declan Rice and Callum Hudson-Odoi coming off the bench.