THERE’S mutiny in the German national team ranks as stars rally around Thomas Muller after his career was ended by Joachim Low.

The Bayern Munich star took to Twitter with a selfie video criticising the World Cup winner’s decision to axe him from the international scene at just 29-years-old. 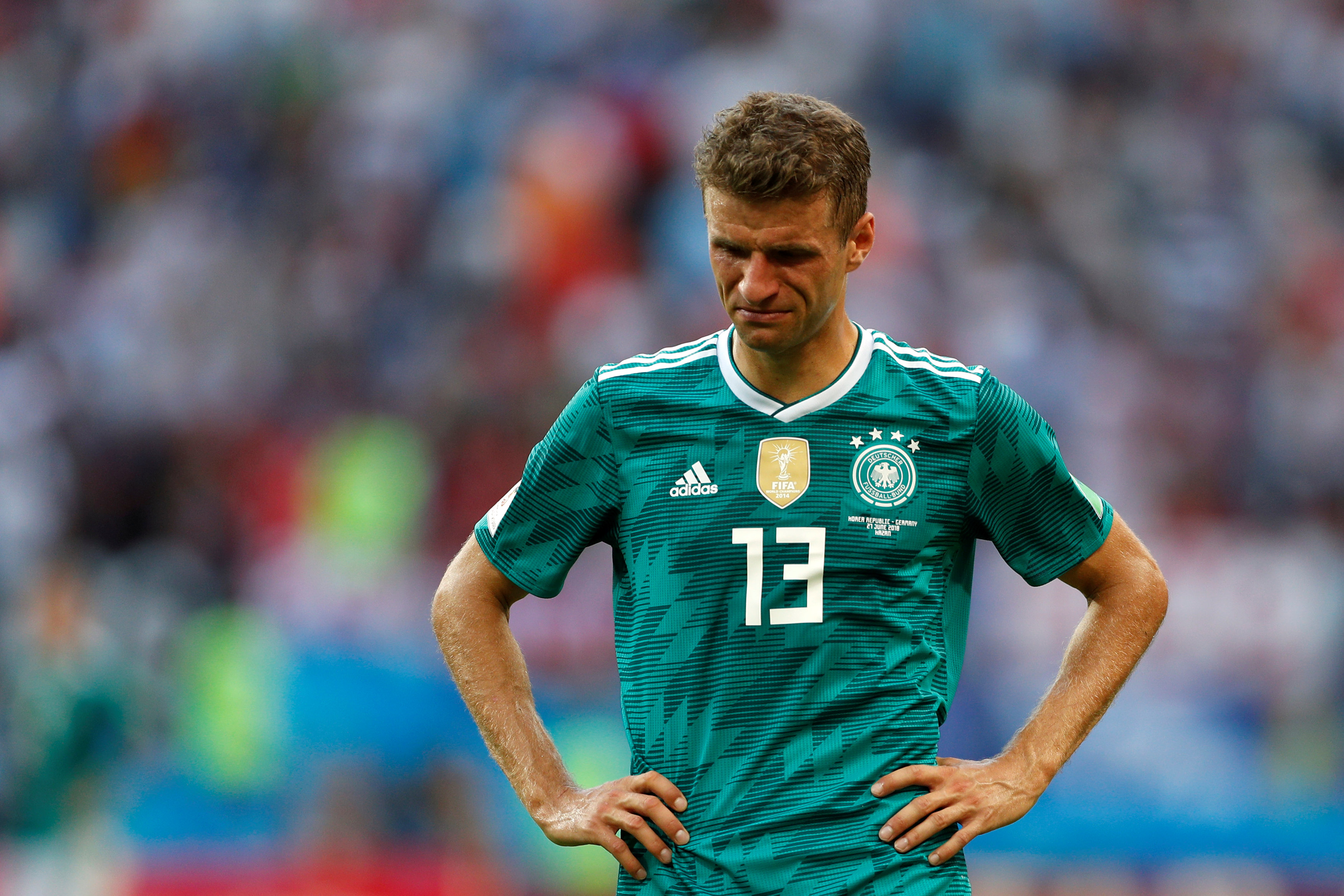 Reuters1 Thomas Muller has blasted Joachim Low, with many agreeing with his rant

And the clip was liked by a number of big names including Sami Khedira and Mario Gotze, as well as Jerome Boateng and Mats Hummels – who have also been culled.

There was further support from Bayern teammate Javi Martinez and former club pal Douglas Costa, now at Juventus, while Arsenal's Mesut Ozil launched a staunch defence of Boateng on Wednesday.

The likes were for a passionate video by Muller, in which he blasted Low’s actions and vowed to prove him wrong.

Muller said: “Of course I was surprised by the decision of the coach. A national team coach has to make sporting decisions, I don’t question that.

“But the longer I think about it, the more I’m angry about the way this has happened.

“I have no understanding for the suggested definitiveness of this decision.

“Mats, Jerome and I are still capable of playing football on the highest international level.